Did the Russian State... Part XIII by Nils Johann (A Bloody Trail of Death and Destruction?)


"I am a Christian and do not eat meat during Lent", said Ivan to him. "But you drink human blood," the saint replied.”

Body-count competitions are rather tedious. To manipulate statistics is not hard, and to make them with fragmentary sources, that have been 'scrubbed by the sands of time' is profoundly suspicious. It is however done, and the results are used as “facts”, to hammer in one or another point. Both Ivan and Henry killed challengers to their regime. Real, or maybe imagined challengers, but that is beyond the point. Doing so keeps others 'in line'. Crummey makes a number out of foreigners being shaken by the sight of the executions. No doubt they would have been as shaken by witnessing the 'drawing and quartering' of an English Abbot, as by the impaling of a Russian Prince. Being foreign would have had less to do with it. Impaling might sound gruesome, but is it worse than starving to death in an English gibbet? 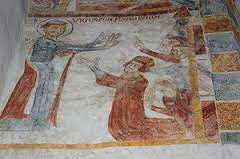 The Bishop of Lisieux (Lexovia), claimed that Henry had over 72,000 great thieves, petty thieves and beggars executed during his reign.“For there is not one year wherein three hundred or four hundred of them are not devoured and eaten by the gallows in one place or another”. It is not impossible considering the duration of his reign. It would mean about 2000 in an average year, with a stable population of about 2.8 million. It was custom to garotte or hang even petty thieves, and the 'mop-up' after the dissolution of the monasteries and the rebellions, with the loss of poor-relief from the monasteries, could have added the rest. It is however hard to consider the fragmentary hearsay, as a reliable source. It is a domestic estimate, and for diversion we could surely by far double the number by adding the ones that died in the many wars, acts of immense cruelty, with its content of rapine, murder and pillage.

Another example in this manner, from Russia, is the punishment of Novgorod, exacted by the Oprichniki of Ivan. Skrynnikov had the surviving prayer-lists of Kirillo-Belozersky Monastery, that listed 1505 names of wealthy citizens killed. He assessed 2-3 thousand killed in total. This number could surely as well be inflated by Ivan's many campaigns. 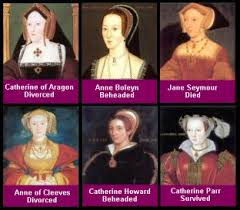 But this chapter shall not become a competition of cruelty. By my standards, they were both cruel. But it is at least in part, a measured cruelty with an aim, like Machiavelli prescribes -if we look away from the occasional killings of family-members. Maybe, especially Ivan, who struck his son and heir dead in a loss of temper. But also Henry, who used his state to kill several of his wives, after the formalities of a 'kangaroo-court', with himself as judge. Like Crummey writes about 'Mad Czar Ivan' basing his claim on the cruel manner of the Czar's politics, there are publications to the same effect, but not as full with regards to Henry's style of government. When it comes to the understanding of the cruelty of Monarchs, this perspective disregards something in the understanding of social and political power. It may have gotten lost by the peaceful, sanitized, life that most 'Westerners' enjoy. George Mac Donald Fraser's figure, H. Flashman, gives an interesting interpretative perspective: 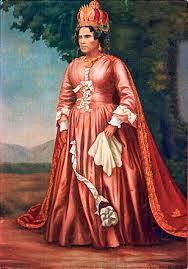 “...I've heard some say that she [Ranavalona I of Madagascar (R:1828–1861)] was just plain mad and didn't know what she was doing. That's an old excuse which ordinary folk take refuge in because they don't care to believe there are people who enjoy inflicting pain. "He's mad," they'll say - but they only say it because they see a little of themselves in the Tyrant, too, and want to shudder away from it quickly, like well-bred little Christians. Mad? Aye, Ranavalona was mad as a hatter, in many ways - but not where cruelty was concerned. She knew quite what she was doing, and studied to do it better, and was deeply gratified by it,...” When 'push comes to shove', 'Power' is held by the application of 'Violence'. Being able to harm other people demonstrates social dominance. Being able to harm great numbers of people, demonstrates, and communicates, great dominance. It is (too) easy to declare cruel people to be mad. Another perspective on madness, would be that you are only mad, if you damage your own position. -Harm yourself. Public torture is a matter of communicating with society at large. Our Monarchs had no other option for maintaining their order. There were no logistics or alternative methods for it, as the surplus to afford them only become unleashed with the steam-engine. What Crummey describes, as Ivan's paranoia, leading him into destructive experiments, and a reign of terror, seems to be a 'public management trend' among all rulers of the time, suffering kindred material realities. 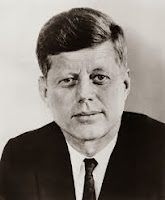 Being perceived as mad by your opposition is also not, a all in all, bad thing. It usually just means they can not predict your actions or 'read your mind'. A modern example of this could be the 'brinkmanship' of the Kennedy administration during the 'Cuban Missile Crisis'. And 'Terror' can still, even in the modern 'West' be a ruling instrument, as it is elegantly demonstrated in Adam Curtis' work, The Power of Nightmares, even though it, as a tool, has been refined somewhat over the years.

Our two rulers might have been slick, brutal bullies. Merciless, but must they not also have been charismatic and cocksure? Most likely good orators. With a life full of surprises, and uncertainty, doubt, and fear? They grew into their position of power. They surely were remarkable, to be able to sustain themselves, develop their realms in what was, by no doubt hostile political environments. We can of course meet the stories as those mentioned above with moral outrage, over the 'bestiality' of such persons, and try to spin a moral tale out of their deeds. But if this was their way, the simple question that should be posed is; When those who succeeded, all waged war in this manner, and ruled by murdering their opposition and killing who resisted them, can we then judge such men as Ivan and Henry for surviving?