Did the Russian State... Part VI by Nils Johann ( A Short Introduction to the Period... 'The Mafia ?)


“A prince ought to have no other aim or thought, nor select anything else for his study, than war and its rules and discipline; for this is the sole art that belongs to him who rules, and it is of such force that it not only upholds those who are born princes, but it often enables men to rise from a private station to that rank. And, on the contrary, it is seen that when princes have thought more of ease than of arms they have lost their states. And the first cause of your losing it is to neglect this art; and what enables you to acquire a state is to be master of the art. ”

In the State-formation histories of Scandinavia and the wider 'West', Finn Fuglestad uses the term “Mafia Society” to describe early state formations. I am partial to introduce that term when discussing state-formations in England and Russia, or anywhere, for that matter. It is a term that should be kept in mind during the further reading. It should be seen in relation to Spittler's definition of 'despotism'. The term describes a situation where strongmen either do, or do not, get along. They cluster together, in order to 'racketeer' in territories they dominate, or they plunder their opponents. Wealth and power in the period are still highly personal, even though the term 'Crown' and 'state' are used at points in this text. 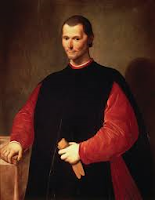 Machiavelli makes a good companion to the period, and his contemporary work delivers a good description, rather than a normative tale. His work marks him out, as a sign of change taking place, as Berg Eriksen writes in the foreword of his translation: “The possible restoration of Roman
power [e.g. a strong bureaucratic state] in Italy would be the newest thing imaginable”. 'The Prince' has proven itself as a stable control-guideline for the comparison.

Moreover, we can in the period, see new attempts at institutional bureaucracies next to the person of the Monarch and his 'Bojars'. This paper will demonstrate, how Ivan and Henry established internal discipline within their organization. We will look at how they both ran their 'firms'. In both the territories work starts to effectuate a more efficient tax-system, and state
institutions are established to carry this out. 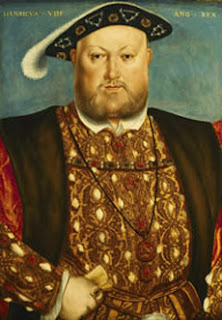 Posted by Badgerdown at 5:56 PM