Did the Russian State... Part V by Nils Johann (Why, and how to compare the Rule of Henry VIII with the Rule of Ivan IV?) 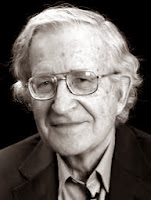 Maybe the best way to clear the question, of the comparability of the formation period of the Russian State, is by comparing more or less contemporary case. Noam Chomsky formulates this approach in several of his publications but the most elegant formulation stems from“Manufacturing Consent”(1992):

“Interviewer: I'd like to ask you a question, essentially about the methodology in studying 'The Propaganda Model' and how one would go about doing that?

Chomsky: Well, there are a number of ways to proceed. One obvious way is to try to find more or less paired examples. History doesn't offer true, controlled experiments but it often comes pretty close. So one can find atrocities, or abuses of one sort that on the one hand are committed by "official enemies", and on the other hand are committed by friends and allies or by the favored state itself (by the United States in the U.S. case). And the question is whether the media accept the government framework or whether they use the same agenda, the same set of questions, the same criteria for dealing with the two cases as any honest outside observer would do.” 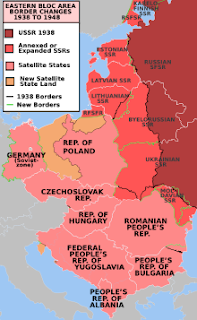 As long as 'The Cold War' lasted, it may have seemed like there was a definite line separating “Eastern” and “Western” culture. The global political power-struggle that took place, did, or at least it seems to have, overemphasized difference. Most likely this dominantly happened as a conscious relation towards the conflict by the authors, and to a lesser degree because of the restricted opportunities to communicate and cooperate across the political divide that was formed by 'The Cold War'. It was primarily a power-political divide, but not necessarily a clear cultural divide. To most conflicts between any given parties, a certain animosity will follow. It becomes easier to dehumanize the enemy, and this is done by starting out, to look for differences, not for
commonalities. Dichotomies that support this attitude of animosity have to be found out and cultivated. When these differences are cultivated and (over)exaggerated, they will after time be held to be basic truths, and misinterpretations will happen.

Surely the period we are going to discuss; Russia, roughly from the 15th to the 17th century, is somewhat removed from the issues of the 'Cold War'. But the 'Cold War ideology' may have been lurking in the background, in the consciousness of the historians interpreting. Even if there is an honest appreciation for historical facts internalized in the scholar, this is not in itself a guarantee for an accurate assessment of the past. At least not in the environment of contagious anti-communism, before, during, and after the time of the Soviet Union.

This paper is not the first attempt at comparison. Edward Keenan already deemed it futile back in the 70's, to find any means of aligning Russian history, with its “European” contemporary counterpart. But for those who have seen his works, it becomes clear how concerned he was with “detail”. In Keenan's world there was not much room for comparing anything. Michael Cherniavsky, Halperin's mentor, however inspires an attempt at comparison, portraying the traits that make Ivan a proper “renaissance prince”. There are many traits that offer themselves as similarities. 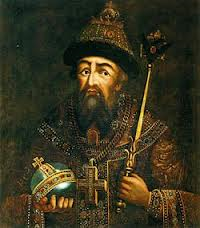 There is no question that Russia is different from Britain during the 16th century, just like every other institution is different from the next. The biggest difference between the two units might be the size and the geographical attributes they contain. In the time, transport by boat was far more efficient than overland travel, giving a comparative logistical advantages to the English. They are surrounded by the sea, whilst the Muscovites were depending on their river-systems, to connect an area that in average was far less densely populated than England, and at least, ten times more expansive. Further difference is that far more sources have survived in England. Wooden Moscow was 'put to the torch' several times by various enemies. In addition England got its first printing press in 1476, while the first Muscovite press was set up in 1553. English sources are also more widely accessible to western scholars, than sources written in Russian variations.

Arguing for a Sonderfall still might not be the most fruitful thing one can do, even though, I must admit it could be done in any case, regarding any institution. -The refusal of the abstract concept of the forest, in favor of our favorite tree. The Crowns of both Henry and Ivan, handle their opponents and the nobility harshly, they constantly make war and their finances suffer. The way their respective parliaments function seems kindred. Behaving like prototypical Autocrats, both are good examples of the ruling-style of their period, being held up as the best form of government in Thomas Hobbes' Leviathan or the Matter, Forme and Power of a Commonwealth Ecclesiastical and Civil (1651) about a hundred years later.

Posted by Badgerdown at 5:08 PM