Did the Russian State... Part XII by Nils Johann (Father of all Things)

As discussed up to this point, the reason for the acts of our Monarchs, amount to the end-goal of being able to finance, and field their war-machine. War was, during that age, the normal state of affairs. Both Ivan and Henry fielded gunpowder armies, with a core of drilled regulars. It is hard to find a great difference in the way the Monarchs ran their campaigns, or in how they treated the
conquered. 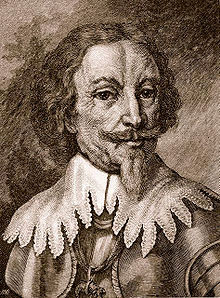 Ivan's cruel treatment of Novgorod is held up as an extraordinary example of cruelty. What seems to be forgotten is that it remained common practice to treat resisting fortresses in a cruel way, if they during a siege resisted, up until the time that the breaches had to be stormed, even throughout the time of the Napoleonic Wars. 'The Hundred-years-war' had started with the 'English' sack and slaughter of Caen. Henry VIII continued this tradition. It was done in this manner, because it was quite costly in human resources to storm a fortification, and thus the example made of an resisting city, should encourage others to not resist. (We could take it further and say Coventry, Dresden, Hiroshima, Ho-Chi-Minh, and Fallujah, are a few of the cities that fell to the same principle during the last hundred years, even though the means of achieving the slaughter had changed.) An almost contemporary example would be Ferdinand II Habsburg's razing of Magdeburg (1631) during the thirty-years-war (1618-1648). His Field-marshal Pappenheim later wrote:

“I believe that over twenty thousand souls were lost. It is certain that no more terrible work and divine punishment has been seen since the Destruction of Jerusalem. All of our soldiers became rich. God with us.” 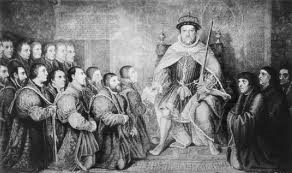 Henry had a long going hostility with the French 1511-15, and in 1521-25,torching and plundering the land from Calais to Paris. And then again in 1543-46, after the sack of The Church had filled the war-chest again. In conjunction to this Henry employed tactics similar to those of Ivan. Scotland and Ireland were at the time not yet firmly dominated by the English Crown, and the Scottish Parliament favored close ties to the Valoais-French, in order to contain English aggression and dictatorship. 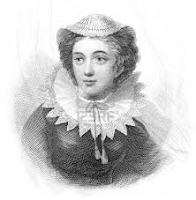 For Henry VIII, a war against the French would entail the potential for Scottish intervention throughout his reign. When the Scottish Parliament revoked the 'Greenwich peace-accord' (1542-43) because, amongst several grievances, it intended a marriage between Mary I (*1542-1587) and Edward, Henry's son, Henry sent his March-Lords north to wreak havoc and punish the Scots (1544-50). The Earl of Hertford and Viscount Lisle, stood under direct orders to raze Edinburgh and they turned a great many towns, cities and the countryside to ash and ruin.

"English policy was simply to pulverise Scotland, to beat her either into acquiescence or out of existence, and Hertford's campaigns ... reign of terror, extermination of all resisters, the encouragement of collaborators, and so on.” 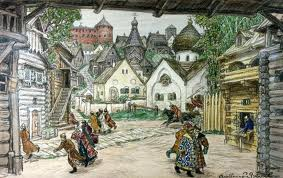 Ivan waged war in two general directions during his reign. South-East, down the Volga Valley, and towards west, in order to gain a foothold on the Baltic shore. The southern conquest of the Nogai tributaries, Kazan (1552) and Astrakhan (1556) were among the early successes of Ivan's reign. The dynamics induced by the expanse of the steppe was a long going, back and forth struggle, but by the taking of the two cities, a better possibility for the containment of the enemywas created. At first the paperwork, and a puppet government were put in order, to legitimize the Russian claims on the area. The Russians came to 'help', and after politics, they let the guns 'do the talking'. The siege of Kazan was an exercise in the gunpowder-siege-warfare, signifying of the age, with a breach being made by sappers and artillery bombardment. The Russian forces were resisted to the bitter end. The cease of hostilities only followed, after the last defenders within the citadel took to flight. The customary pillage, and the murder of survivors, was topped by the destruction the city’s libraries, mosques, and archives. Several years of 'counter-insurgency' within the area followed as well. Four years later the time had come for Astrakhan. Its rulers might have gotten the example statuaeted with the sack of Kazan. Gaining sight of the Russian avant-guard Dervish Ali Khan, who had been sitting unsteady for many years, fled with his forces to the Turks. The city in the Volga-delta was captured without a fight. The area remained contested by the Ottoman Turks for some years, but accord was reached in 1570 after a failed attempt by the Turks to capture the modern Russian kremlin guarding the city. The conquest of Kazan and Astrakhan was to serve as the Russian 'gate' to oriental trade, and to facilitated further expansion into Siberia.
Posted by Badgerdown at 5:22 PM