Did the Russian State... Part VII by Nils Johann (The Development after the Time of the Black Death) 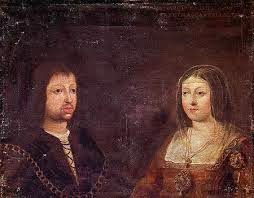 The Black Death had spread westwards, disrupting the societies it infected. Old bonds were broken and ruling structures were destabilized. Power dispersed, even to the point that peasants were able to renegotiate the conditions of their bondage, as a result of the shortage in workforce, in relation to workable natural resources. Strong central government had not been materialized in the west since the Roman empire contracted eastwards. Coming into the middle of the 15th century we can see a renewed effort among the warlords in the peripheral regions, bordering on Islamic civilization to their southeast, to gather grater territories and to build state-institutions, like stable dynasties and monarchical hierarchies. Barons (*local strongmen) would not cede power easily to pretenders to monarchy. On the Iberian Peninsula, Ferdinand (*1452–†1516) and Isabella (*1451–†1504) fought a decade long civil war against their Barons and succeeded. Matthias Corvinos (*1443-†1490) tried something similar in the area of modern-day Hungary but failed to establish a stable monarchical institution.

Up until 1453 the 'Hundred Years War' (1337 to 1453) had made it easier for the French Monarch to gather his power. The conflicts had introduced the first large standing armies in North- Western Europe since the decline of the western Roman Empire. The armies started to replace the role of the retinues of Feudal Lords in warfare. In the resolving part of the conflict, even zappers, and cannon with iron shot had started to play its part, next to the traditional bowmen, lancer infantry, and heavy knights. 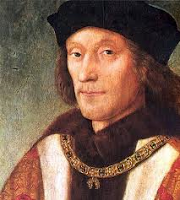 War is in the period the general vehicle for gravitating power towards the King, as the war, as part of foreign policy, gives the King reason to levy taxes, where he usually would only have right to the tariffs and tolls. Standing armies are expensive, and in connection with them, we also see the rise of a bureaucratic tax-system with an annual tax, further increasing the power and reach of the Monarchs. Henri VII Tudor, took in twenty times more taxes, than any of his predecessors since 1066.

Other notable state-formations rising in this period, besides the more peripheral English and Russian, are, the Habsburg Empire, the Jagiellonian Empire(s) and the Ottoman Empire. They were all bureaucratic states with standing gunpowder armies, and the predecessors to still familiar modern states.

The monarchy itself also changes in the period, as the pen becomes mightier than the sword, from bloodthirsty field commander, to a high level paper-pusher. Philip II Habsburg (*1527–†1598), rarely leaves his desks in Valadolid and at El Escorial, in contrast to his father Carl V Habsburg (*1500-†1558), who spent much of his time, personally leading the army in the field. The nobles also lost their traditional role as plated knights on horse. The superiority of cavalry that amongst others also Machiavelli notes in 'The Art of War' (1521), peters out during this century. Cavalry’s expensive, time-consuming, training can be made to nothing, by any peasant wielding a hand-arkebus, in between a phalanx of Landsknechten pike-men, or by field-artillery. Quite suddenly, accompanied by Cervantes' satire, they change form and live on as the less dominant gunmen on horseback.

Posted by Badgerdown at 5:35 PM