Did The Russian State... - Part II by Nils Johann (On the 'Curse' of the Orient) 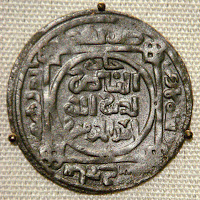 In the essay 'The Mongol Origins of Muscovite Political institutions', by Donald Ostrowski, it is suggested that the organization of the Muscovite state could, to a strong degree have been influenced by the Mongol overlords that taxed, or demanded tribute and hostages from the Russ princes in the period. Ostrowski expresses himself quite diplomatically, and is explicit on the stance, that from this, it does not follow that the Russian state, that springs out of this state, later in time, is inherently of 'eastern' conception or constitution. The article makes room for what Ostrowski calls a 'pseudo-Byzantine' development, after the gradual severing of the ties between the Khans and the Lords of Moscow after 1430 -when the princes stopped 'visiting' the Khan in Sarai. 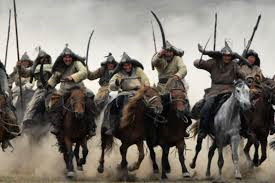 It is a sensible assumption that people or cultures, that are in contact with each-other do learn from each-others techniques. Thus also in the realm of management and statecraft. The problem with this approach however is that it does not seem likely that the Tartars had a refined statecraft, being steppe-nomads and good warriors, that mostly formed their war-bands based on brittle, personal allegiances. Conquest, for the former raiders, therefore, must most likely have been a “learning by doing” experiment. Due to their high degree of personalized, not institutionalized rule, their dominions also get brittle once the ruler dies. With time the tartars also adopt sedentary life, but it is rather a consequence of their dealings with sedentary and urban culture where they conquer.

It was a widely held opinion from the 1850 and onward, that the Asian states were “despotic”. Also the Asian peoples lacked the European/Western ability for rational thought. -Thus a mongoloid Russia would explain a backward Russia. Karl Wittfogel runs with a less extreme notion than above, of what Mongolian influx might mean, as Ostrowski also mentions in his article. To criticize Wittfogel today might seem to be like kicking in open doors, but his most famous work "Oriental Despotism: A Comparative Study of Total Power." "Wittfogel's scientific contribution in the ideological conflict with Soviet Communism" still echoed in the lecturing rooms when I started to interest myself for Russia in 2005. (With that quote it should be abundantly clear that we are not reading history, when reading Wittfogel) The book takes its thesis about the 'Hydraulic society', developed in his book “Wirtschaft und Gesellschaft Chinas” (1931), and superimposes the concept on Russian history, to explain his contemporary Soviet Union, using the concept as a 'grand theory of everything'. Thus Soviet Communism is explained as follows: Along the great rivers like the Euphrates or the Jiang-tsek-iang, centralized states arose because the coordinated regulation of irrigation was crucial for agriculture, and the steadfastness required by agriculture made people easier to rule. This gave rise to a system of government Wittfogel named “Oriental Despotism”. Later this mode of government would also spread to the whole of Asia, remaining more or less
unchanged up to Wittfogel's time. It is also spread to areas without irrigation-systems, like Russia. With the Mongol invasion, Wittfogel claims, Russia was “asieatesized” and thus the despotic structures that had risen in the Far-East were integrated into the coming Russian systems of government, commencing up until Soviet Communism. 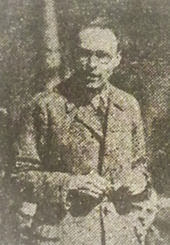 The story is a nice and elegant one. The narrative is beautiful and it seems at the first glance to “explain it all”, and to make sense. It was well received in the climate of the Cold War. The only problem of course, is that it cannot be true. It's highly incredible, unscientific, speculative and tendentious. The vast oversimplification that was needed to formulate Wittfogel's assertion has with time rendered Wittfogels work to be seen as outdated and incorrect, but his spectre seems to cling on in our discussion. The various weaknesses, are as well made clear by Joseph Needham's Review of Oriental Despotism (1959). Wittfogel work seems perfect for the Zeitgeist that surrounded him in the United States of the 1950's, distancing him from his own past in the German Communist party, while telling a story, elegant, comforting and assuring to his surroundings. 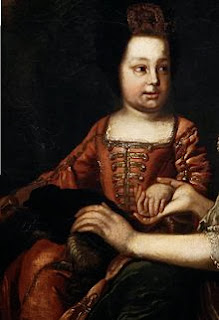 Alexander Yanov (1930-) can be seen as in opposition to Wittfogel's narration. In his trilogy Yanov tells a somewhat different story. He puts the responsibility for the “break with the West” in the lap of Ivan VI. -There was no Mongol imprint. He also rejects that paternalistic tendencies is something exclusively Russian, -something that should be less hard to accept when considering
Western Europe at the same time. Yanov advocates that the period from 1480 till 1560 is a period of “European tradition” in Russia, whilst the 'Oprichnina' of Ivan IV breaks this tradition. After that it was a long and hard struggle for Russia to “get back to Europe”, and it finally gets there after the breakup of the USSR. This is also in part tendentious, as it leans on a positive, highly unrealistic, mythological portrait of western Europe.

The works of Yanov and Wittfogel are representatives of two opposing archetypal interpretations of Russian history and Russia. The one understands it as “meant to be” 'European', the other as 'Asiatic'. -Or 'Western' and 'Eastern'. It is important to note that not all writing about Russia falls into this category. Ostrowski, who's focus is primarily on early Slavic history, has also published extensively in the field of comparative history, and methodology, and this seems to keep him from oversimplification and generalization. 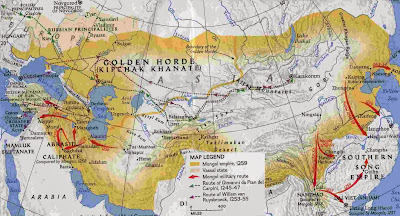 Posted by Badgerdown at 6:05 PM