Did the Russian State... Part IX by Nils Johann (Give to God what is God's, and to the Emperor what is the Emperor's.)


“It must be remembered that there is nothing more difficult to plan, more doubtful of success, nor more dangerous to manage than a new system. For the initiator has the enmity of all who would profit by the preservation of the old institution and merely lukewarm defenders in those who gain by the new ones.”

In their approach towards the church, our two Monarchs differ. This is due to the difference in the power-structuring of the Catholic Church, and the Eastern Orthodox Church. Both rulers of-course demonstrated devotion in public rituals, like Henry’s 'pilgrimages' or Ivan's traditional conversion to monastic life, at the end of his reign. But then there were the challenges of Realpolitik. Henry wanted a servile Church that did not challenge his authority, and he needed cash. Ivan, in part already had the Church that Henry desired, through the traditions of the Byzantine Church and the affirmation of his title as 'Czar'. 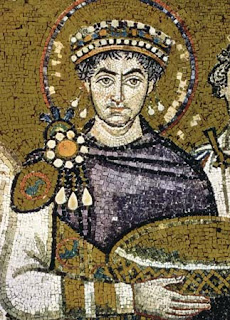 Within Orthodoxy, the State-Church was at this point already well established. The first 'Non -Roman' case is when the Serbian Kingdom gained its Church's autonomy by 1219. The ratification of the Zakonopravilo enabled the King to rule as if he were 'Czar' (Emperor), and thus also to rule the Church. The Zakonopravilo, or Νομοκανών (nomo-canon), was a revival of Roman codex tradition from the time of Justinian I (*482-†565) in combination with other church-law. It was produced by St. Sava, in the Mount Athos Monastery. The law became widely dispersed within the realm of Orthodoxy, at first as a manuscript, but printed editions from Moscow in the 1650's have also survived. At the time of Ivan it was taken to be self evident that the Monarch was the 'Pastor' of the Church. In Ivan's first letter to Kurbsky, dated fifth day of July 7072 A.M. (1564 A.D.) Ivan claims to rule in the tradition of Constantine, and, that those who oppose power like his, also oppose God who has ordained him with it. This does, however, not mean that the leaders of the Church always were unison with the Princes. Ivan would also use brute force to root out contemporary resistors within the Church. Laws from 1572 and 1582 expressively made it clear that the Crown had the right to manage Church-Land. This was most likely a consequence of the State's war-exhaustion.

-”Because it was nothing else than a, from servile priests without a conscience, for the moods and needs of the vices of the most heinous court of the world, masquerading under the name of Christianity.” -

And he makes this just as strong an argument as the Mongol invasion for explaining the contemporary “backwardness” of the Russian state... that the Church was a tool of the State? It is an old publication, but it stands well in line with other invented absurdities to make Russia different, as it does not industrialize at the same time as England. One can only wonder how Sugenheim would explain the contemporary British hegemony, with regards to the Crowns dominion over The Church of England?Further it opens the question if the cradle for the story of Russian backwardness does not lie in the defeat in the Crimean war (1853-56)? 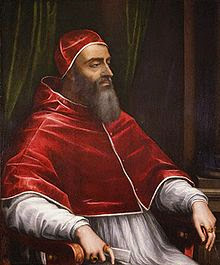 For western monarchs, it had for a long time been a problem that the Church operated autonomously, (but) in alignment with 'the powers that be'. The Popes in Rome, as did other Monarchs, start to hold 'in their hand' a good bureaucratic system - large landholdings, producing an enormous wealth, and a communication-network. But they had a constant “security issue”. Henry’s poor luck with his wives, and the Pope's refusal to grant him divorce from Catalina de Aragon, who had strong family ties to the House of Habsburg , is often brought forward as a rather 'folksy', (mass-communicable parole,) excuse for the English State's break with The Church. The break was made law in the 'Statute in Restraint of Appeals' (1533). However, the English State was in a constant tense relationship with its two neighbors across the channel. Valois-France, a budding great power on the continent, next to little England... and The Habsburg, trying with some luck to manage a large part of the rest, while running their growing over-seas empire. France had a standing army and the “Most Christian” French Monarchs were expanding their influence on the Italian Peninsula. While the Habsburg, often carrying the title “Defenders of the Faith”, also were just 'next door' to The Holy See. The Holy See was far from immutable by foreign pressure. Pope Clement VII (R:1523-34) was even at time, prisoner of H.R.E. Carl V Habsburg (*1500-†58). The Church’s claim’s to ultimate universal supremacy (e.g. : Catholic), next to the statement of infallibility, made it a liability to those powers, that could not simply come by, to extort good will. (- Like all “Lutheran” rebel-states?) The Church in the North had also grown rich, as it had been the most clever 'firm' around a long time, further heightening the temptation to be acted against. 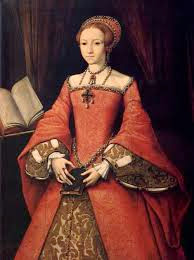 In his letters to Anne Boleyn, Henry speaks of himself as Caesar, following this he puts his imperial ambition to show, measuring the strength of his office with The Church and The Pope in Rome. Imperial is here to be understood in the sense, that the Emperor has no master, no-one to dictate to him what to do. The titillation implies that the holder is the unchallengeable 'fountain of law', giving the office-holder the universal ultimate word within their dominions.

The 'Statute in Restraint of Appeals' (1533) in combination with the '(First) Act of Supremacy' (1534) are trumped through parliament. They effected the banning of paying any dues or tides to Rome, and the right of judicial appeal to The Pope.

“...this realm of England is an empire, and so hath been accepted in the world, governed by one supreme head and king, having the dignity and royal estate of the imperial crown of the same...without restraint or provocation to any foreign princes of potentates of the world.” The latter act states directly that The Church is subject to The Crown. “...the King's Majesty justly and rightfully is and ought to be the supreme head of the Church of England...”

Thus Henry VIII achieves for England what the Rus Princes have had arranged for 'quite a while'. 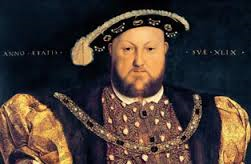 Posted by Badgerdown at 5:20 PM