Why Leaders Lose their Way and some Personal Introspection 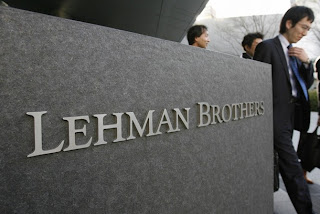 I think I have seen leaders, both up close and certainly through the news media, that have lost their way and not only ended up being a failure as a leader but causing the organizations or groups that they are affiliated with to crash or stumble in a big way. I have worked with a few people whose leadership skills have been quite poor and I have personally felt the pain and frustration caused by their poor leadership abilities. So i took the time to look at the different archetypes of leaders that fail and try and analyze what parts of myself I saw in them. I think it is appropriate to say that after looking at the the archetypes of leaders (the Impostor, Rationalizer, Glory Seeker, Loner, and the Shooting Star), I can see qualities of each of them in myself and the way I think and react to things. First I looked at generic behaviors that I could see in leaders who have not been totally successful. Some of the behaviors I have seen displayed in others and myself are arrogance, the focus on selfish desires, the fear of failure, doubt and lack of confidence, as well as misplaced aggression, a sense of entitlement, and the sense of needed to be the hero. In my new understanding of what leaders are and what they can and should be, I have started to realize that I see these behaviors and 'failures' everywhere around me- at church, at local businesses, and at home. But I would be dishonest if I didn't also mention that I see some of them in myself. 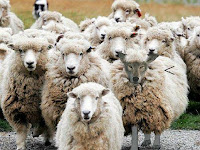 Looking at the archetype of the 'Impostor', I do not recognize a lot of these qualities in myself but I do recognize that others around me have them. I lack the ability (at least I think that I do) to understand the politics of getting ahead and I allow almost everyone to stand in my way. :) I do not understand politics in almost any organization and at this point will not pretend to understand them in my private life. I will say that I am not confident in my ability to lead and at least in this point have no wish to be in any position of power or authority over anyone.... not even myself.

Focusing at the qualities of the 'Rationalizer', I see quite a few in myself as well as others. I certainly make mistakes to help things short term that have long term costs. I will admit that I didn't see that aspect in myself until the last year. I also rationalize not telling people bad things because if it isn't useful I think its better to not say anything. Little things like that sometimes do come back to bite me. I also tend to like to share responsibility with others so failure belongs to all of us and I do resist taking full responsibility for things myself. I am not sure if that is because I could be considered a blamer or I work so hard to not be the only maker of the 'choice'. If I work with others we are all responsible for the failure or success.

Looking at the archetype of the 'Glory Seeker', I think I had a few of those qualities earlier in my life. I wanted to be famous and successful and leave my past behind. In some ways I am still that person. I do not want good grades for myself, but so I can say that I have them. I joined the Honor's program because it was pointed out to me it wasn't a great deal more work and I would have that little 'badge' next to my name. I have two minors for my degree and while I wanted them both, I think I did the extra work to have that accolade when I graduate as well. I will say that I think my 'thirst for fame' is quite quenchable and I think I would like to spend most of the rest of my life unknown and not in any kind of limelight. I think I want to discover how to be successful for myself.

Focusing on the qualities of the 'Loner', I recognize that this archetype is the one that fits me the most right now. I do 'believe they can and must make it on my own.' I really feel very uncomfortable forming close relationships right now. I don't feel comfortable sharing much and while I have recently created a support network, I feel very uncomfortable using it for myself and only really feel comfortable using it for my family. I have quite a few superficial relationships and I think I actively work to keep them at arm's length. It is so much easier to keep secrets if I don't let down my guard and I am not close to anyone. I also do not know how to understand people sometimes when they are trying to give feedback.

Looking at the archetype of the 'Shooting Star', I don't see much of it in me at all. My career is so secondary and I then to use it to keep up with my 'Loner' archetype. That way I have social interactions, but have a professional distance from most people. I think at one point I allowed my church membership to act in this capacity and because I felt like there was so much need there I did allow my personal life to be ignored. If there is anything about this archetype that fits me it would be that I always tend to rarely make time to take care of myself. That is always last. I think that I do learn from my mistakes, but I also think that mistakes tend to make me more introspective and less likely to put myself at risk.

I think that any person or leader can find themselves in situations that can cause them to lose their way. I think that if I managed to be successful enough that I felt a bit of confidence in being a leader, I might not be a good leader because I do tend to be a loaner, un-trusting of others and doubtful that any risk is worth the risk of pain and failure. I can see myself struggling and losing my way if the one person I trusted had lost their way and I kept following them. When I was younger I had one good friend and there was a special activity that was set up at church where you were blindfolded and two people were supposed to give us directions across a field of obstacles and one person would give the wrong directions. The leader of the group had my best friend give me the wrong directions. Every other individual in the group only made one or two mistakes when they went through the 2000 feet obstacle course- I made it almost to the end before I stopped listening to Ashley. I think its a pretty good metaphor for myself as when I do trust... I trust strongly. And it takes a lot to lose that trust... but once it's gone I rarely give it back.

So I think it is safe to say that until recently I have never tried to be my on person and I haven't really actively tried to go my own way. I have simply tried to surround myself with good leaders. I am very effected by external pressure and only in the last year have I tried to analyze that tendency and fight it. Too bad I allowed myself to get into the hole I am in now before I got some guts. :/

I have a huge sense of failure. I absolutely fear failure and the pain and problems that it causes myself and others. I fear that I will harm others, myself, and I fear causing permanent harm to everything around me. I fear what others will think of me and how I will be treated. And I think there is a little pride in the sense that I do not want to be seen as a failure by myself. I want to see myself as a good person and I want to be a good person. The funny irony is that I also feel that I cannot say no to anyone who asks for something. I will say yes to someone who asks me to do something that I do not want to do and think isn't helpful, but they asked and the yes trips easily off my tongue... another reason to be careful who I hang out with. :)

My fear of failure affects everything and every decision in my life. I have refused to make many decisions unless I am sure that I can succeed in it. I prefer to stand back, be quiet and sometimes add a comment to a group, but I think I try to be a chameleon and meld into the nearest environmental object... be it wall or picture. I think that I consciously avoid situations in which I need to be a leader and therefore I can avoid the risk of individual failure.

How do you deal with failure? Do you see any of these characteristics in yourself? 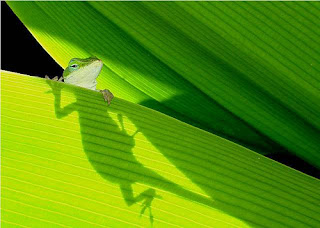