This post is quite bold and doesn't paint me in a very good light. I decided to post it here for the few people that read my blog by simply coming to it. I think that the thoughts and analysis are painful but important and I think that hiding them is not useful to my growth as a person. So, here it is and I hope that you will not think too poorly of me from the knowledge.... 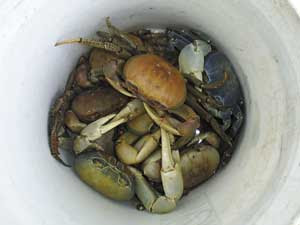 The very first memory that I have was playing on a beach with a new beach set – a pail, rake, etc… I remember feeling free and busy and finding my first hermit crab. I remember the smell and the delight of this really neat animal and my glee and almost greed to collect as many as my pail could fill to give to my mother. I remember the excitement and the intense focus I gave to my work- to find as many as I could to give to her and they needed to be big and have neat shells and I might have even felt a little bit of greed- I am not sure on that. But I remember filling the pail- it was brimming with this crabs that of course all wanted to get out and I had caught them all without being pinched or harmed and I brought them to my mother… who was revolted and angry and yelled about my foolishness and ordered me to go put them back one by one. I remember the shame and my hurt and when I tried to dump the pail, my mother again emphasized that I needed to individually pick each one up and put it back nicely. And I remember crying and putting my hand into the bucket and finding it impossible either through my tears or impossible in general to pick up a crab without getting pinched. I remember completing the job in silence by simply lowering a finger into the bucket and simply allowing a crab to latch onto my finger and I would bring it up and pry it off onto the sand. I would change fingers as they really started to hurt and even bleed, but I remember my sorrow, my fear, and my rejection… and a little bit of anger and a feeling I recognize now as a feeling of being alone and having no one who actually cared – not sure what word describes that. I can look back on that experience and see that experience as one that I would only repeat again when I was thirteen years old. (I saved my allowance for six months and purchased a ton of different gifts for my parents for their wedding anniversary- My mother hated every single one and pointed out why it was worthless, useless or simple stupid/bizarre. At least with my parents I have not repeated this experience.)

My next earliest memory is slightly fuzzy at the beginning as I think the beginning of the situation must have really been experiences over a longer period of time. I remember standing next to the blue car that my parents drove for years (a blue Chevy Malibu I think) and looking at my cousin in front of me and feeling angry and jealousy so strongly towards her and her smile which wasn’t very nice. I remember her opening the car door and getting a book out of the back that was mine and having her look at me and say that if she wanted it, all she would have to do was ask my mother for it and it would be given to her and I just felt so much anger and hatred and jealousy I think– I don’t know really what I was thinking, but I pushed the car door with all the force that I could muster and slammed the door on her hand. I remember standing there feeling a slight bit of satisfaction as all the adults cooed over her and my mother told me how awful I was and she gave away my book. I look back at that memory over the years and I do feel a little bit ashamed, but I recognize that I think I also knew that I was going to lose a prized possession, so I think I thought I might as well get something for it. Unfortunately that is a lesson that I am trying to unlearn even today. :( 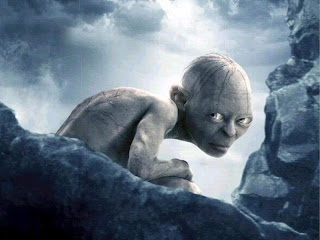 These are my two earliest memories and I am able to see a few turning points in them when I look. The first memory was from when I was around three years old and I think I learned to ‘grasp.’ (When that word came to mind I had an image of Gollum from Lord of the Rings in my head, but as much as that image is horrible, I think in some ways it is an accurate one.) Instead of learning impermanence and that things in life are not guaranteed, I learned that maybe I could hold onto things I cherished harder and to hold anger and frustration when they were unfairly taken away. I learned to only hold a few things cherished, but those things are sacred and the angry and frustrated that I would feel up to a few years ago at their loss was pretty terrible to behold I think. (I have really been trying over the last decade to deal with an anger problem that while not violent didn’t seem to be entirely under my control. I think I have gotten a lot better, but I am not sure if I really have or if I simply believe myself to be better.) The other experience was when I was around five years old or maybe six and I think what I learned was that I couldn’t control anything so I tried to find ways to create control out of fear and also create good reasons for my loss – if I was going to lose something, then I wanted something in return. The idea of striking back is still one that I am struggling with. I think that I have beaten it, but some people who are close to me say that I have not and my husband has told me that he would never have married me if he had known how vindictive I was and still am. The thought that I harm other people still causes me a lot of pain and has caused me to withdraw from almost everyone in my life and I don’t see that changing any time soon – I feel too much fear.

I think that is the story of my life... I feel too much fear. And I think this may have been too honest. I feel like I have picked up a big rock to see the disgusting slime and life underneath and it isn't very nice.
Posted by Badgerdown at 9:07 AM