A Day of Remembrance

Every once in a while, I find that I find myself feeling sort of uneasy in church. The feeling that I know something that nobody else knows and the wall of silence that it seems to build up around me is a bit uncomfortable. Today was one of those days, but today instead of feeling silent I felt so disappointed and in a way let down. Rationally, I know that the disappointment was inevitable, but I felt it all the same.

The build up to the remembrance of the terrorist attacks of September 11, 2011 was pretty big this year and rightly so. Whether you knew anyone who died in that attack or not, it was a powerful statement and injury on our consciousness. The understanding, motivations, deaths, heroes, and compassion that almost always arise in force during times of great trial was burned into us and whether we agreed with some of the motivating factors or not, we still thought about them, chewed on them, and swallowed the bitter pain of the waste and irrationality of it all. So it was not a shock to me that our Sacrament meeting and lessons today focused so much on these horrible attacks. But I will admit that every year I am disappointed that the vast majority of Mormons now spend this day only in remembrance of this event. This date should be imprinted on the soul of every active Mormon member, not for the above mentioned event, but for a massacre perpetuated by our ancestors. This day should be remembered every year for so many reasons, but one of the most important reasons is that to be a member of this church... to embrace the gospel and many parts of our history as a standard and a part of our faith that is positive, strengthening and heroic.... we cannot be true to ourselves as a community if we push our failures under the rug. Take a poll in every ward or branch you attend and you will find the majority of members have heard of the Hauns Mill massacre, but very few have heard of Mountain Meadows. It is one of our community's -and I say 'our' including myself- big embarrassments, an act in itself of terrorism, and an act that no matter how rationalized or justified... is a shame and a sore on the covering of the gospel and the church. 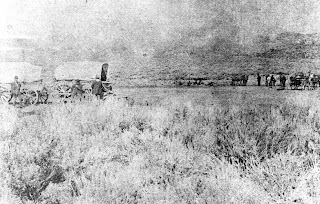 Some people believe that we should not talk of these things and there are many reasonable reasons to not speak. But in our silence, it can cause more difficulty for members and non members alike when they discover the sore for themselves and become part of the festering mass of confusion, anger, shame and betrayal that is found underneath. Some argue that, like reparations for slavery, it is in the past and so it is no longer relevant. For those who say this, may I ask a question? Look deep into your heart and your memory and think of the sins that you have 'quietly' repented of... or the sins that you kept to yourself and have hidden from the light... Do you feel that they are now all better? Do you feel that repentance absolves you of any responsibility to try and fix the harm you have inadvertently caused? In my mind, repentance is much like a u-turn: when you realize that you are going the wrong way, you repent and turn around.... but that doesn't stop you from having to recover the ground you have traveled. True repentance is a journey, not a magic spell that will apparate you back to where you began when you lost your way. (Although living in the world of Harry Potter would make a few things a tiny bit easier- imagine your few second trip from Maine to Paris for a romantic dinner and then home for work the next day. :)

While none of us living have any responsibility for the crimes of the past, I firmly believe that we all have a responsibility to try and continue the process of healing- for the family members, for the ancestors on both sides of the tragedy, and for the continued healing of our present community. I hope that next year, maybe a few more people will remember this date for more than just the attack in New York. I hope that more people will pray and remember Mountain Meadows and that even good, kind and godly people can make a mistake in ignorance, anger and fear. Remember that all of us are capable of horrible things in the grip of many negative emotions such as anger and fear. May we spend the day in remembrance and good works. Today is an important day.... 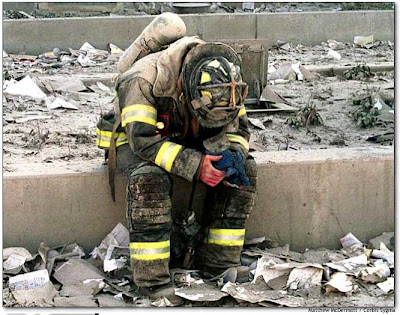 Posted by Badgerdown at 9:03 AM