What in a Team Name? A Lot!

It is almost impossible to not know about the controversies over sports team names that are named after slurs or white shorthand for Native Americans as they are pretty consistently in the news. I haven’t owned a television for over ten years, but the controversies about these names is also in the newspapers, radio, etc… I have felt for many years that these names are wrong and offensive for several reasons. Those reasons can be slightly different depending on the particular ‘name’. Here are some of the names and my thoughts on them. 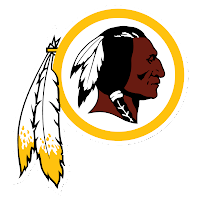 Redskins - This is a word that was used to describe the skin color of Native Americans and is widely considered to be a racial slur and studies show that to most likely be correct. Why it’s a slur – whether the word means the color of skin, a bloody scalp, or a description of the corpse with the scalp removed – seems clear. In 2014, Amanda Blackhorse, a Navajo activist stated: "The name itself actually dates back [to] the time when the Native American population was being exterminated, and bounty hunters were hired to kill Native American people... So, in order to show that they made their kill, they had to bring back a scalp or their skin." According to the Los Angeles Herald, different parts of the colonial government would pay up to 50 pounds for the scalps of Indian males over the age of twelve, 25 pounds for Indian women over the age of twelve, and twenty pounds for the scalps of children of either gender. The owners of the team named the “Washington Redskins” state that the team name is respectful and has been from its inception, however, it appears that is not necessarily true and is more of a myth that is clung to in the hopes that they will not feel forced to change the team name. In the end, many people see the word 'redskins' to be as rude and bigoted as the word 'nigger'... if we are unable to accept the use of that word because of its connotations, why would we be okay with this one? 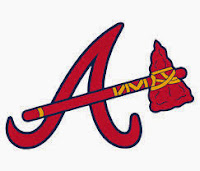 Braves- One the face of it, this word seems respectful. It brings to mind an Indian warrior – a tall male, proud, and strong, etc... However, when I really thing about this I realize that I am seeing an image in my head that is part myth, part caricature. I am not seeing what that word really shows because I do not know the culture well enough to understand the full nuances of what the word really symbolizes. So what this term really suggests is what white people think of Indian culture which shows how not only how limited our understanding of their culture is, but how little we actually respect it as well. A whole intricate culture is not made to be simplified into a few actions of a mascot or boiled down to a single stereotype or image. So, in the end, this word really isn't nice or respectful either as many Native Americans have tried to express to us through speech and writings. Currently, the US has a major league baseball team named the Atlanta Braves and a few minor league affiliates with the same name.

There are other team names that are named after specific tribes (such as the Chicago Blackhawks and the Florida State Seminoles), stereotypes (Elora Mohawks) or simply as Indians (such as the Cleveland Indians) and they tend to be seen by native tribes as offensive, racist and derogatory. When I look at the issue in that light, I can't have any opinion but that the names need to be changed. First of all, while it might cost the teams money to change things, it would be a very great gesture which I believe would go a long way into helping to promote healing in the Native American community. I also think that would potentially bring in more revenue as another group of people who currently feel angry and alienated (and maybe even mocked) would potentially become customers when it feels more respectful and fun for them. Sports teams have been complaining over the last several years that they need to attract more customers- this seems like a good potential way to do it. It also seems like changing a name is really a small thing to do to help build bridges and create opportunities for community gathering and understanding. Just my thoughts....