Review and Introspection : "A Scrap of Time and Other Stories" by Ida Fink 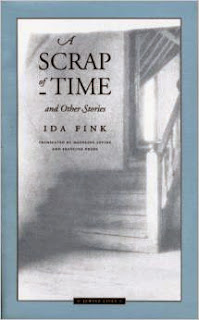 I had many reactions to a book I recently read that I can share today. The book is a fiction book filled with novellas on the Holocaust called "A Scrap of Time and Other Stories". I think that this book is both haunting and wonderful... a mixture of pain, horror and it's like looking in a broken mirror; you want to try and fix it, yet you can't do anything but look into the mirror and look at the cracks and how it distorts the image you see and recognize and changed the way you feel about the image and your perspective on the mirror itself. 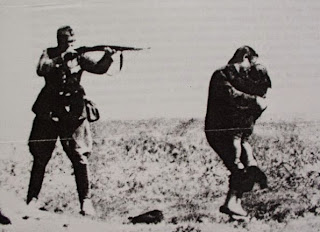 One thing that I felt throughout the book was the idea of choice. Choice is a word and idea I do not like to chat about very much because so many of my family members see choice as black and white in all situations and do not see that how you are born and where you live and what gender/ race you are can make a big impact on your life and your choices. So it is hard to talk about choice without the anxiety of waiting for the argument to begin. I might get an argument here as well, I do not know. I feel like depending on the situations we find ourselves in or our perceptions we may not have many choices or we may feel like we have very few. Either way, we all make choices not necessarily knowing all the options within the choice we have to make. So, with this viewpoint that I hold in my heart, I picked up the book. I read about the parents who wanted to save their daughter and were just not able to figure out how to do and in a spontaneous moment try to have their daughter run away and she is almost immediately shot down. The father picked her up and carried her body on his shoulder while he walked obediently towards what he knows is his own death. I thought about the man who shot her, knowing she was a little girl, a small child, who couldn't even understand the situation or the why for her death or any of the others. How it was a blessing that it was quick for her yet more pain for her parents in their last moments. I thought about another story where the other prisoners play a mean game on the newest prisoner and how the prisoner will not play and how those prisoners, waiting for their own death try to create control and power in the tiny area they are allowed... recognizing that they have so little. The character Von Galoshinsky- young and scared- made the choice to be a bully when he could and so did his fellows. I think about what other choice he could have made and so I look at him as a big mean man until my mental camera pans back as I read and we all see him as the situation changes and get a better view of who and what he is; young, scared, crying. I thought of the girl who gives her body for papers to try and save herself and her mother and how her 'savior' sees her as an easy lay/ a whore.... this virginal girl who feels forced to give herself in the act of survival sex to try and survive... to try and save her mother. 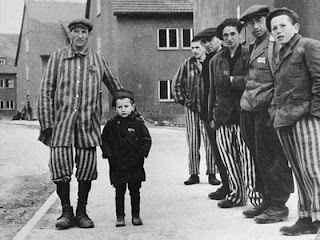 That man could have given her the papers- he could have tried to save them without taking anything from her- but he did not. He took all that she had including her dignity and self-respect as he left with his thoughtless comments and we do not know whether she survived, but we as readers feel what he took from her... When I was reading I sometimes needed to stop and just think. Why did the soldier shoot the child? Why didn't the man give the girl the papers to save her and her mother? Why did the death of a pig from being run over seem more important than the death of many people? How can someone feel comfortable telling someone to deny their past and themselves... and think that would make everything all right? How can you live with the knowledge of your own acts and reconcile your mind to it? I thought about the man in the film “The Pianist” and how so many people made choices that put themselves at risk to save this man... this one man. I thought of the boy in “Europa Europa” who didn't know his family nor his people were dying... who tries to save himself in a few ways including having perfectly fine teeth pulled to get out of doctor's visits and to try and stitch his foreskin down to the penis and the pain, determination and desperation that he must have felt to try and do that. To try and deny who you feel you are and to fear discovery. I wondered how I would respond in some of the same situations... the girl who feels uncomfortable with murder in all forms and feels so much sorrow and anger when her cats kill a small vole. I realized that I would be willing to hide, but I would probably sob walking to my own death being unwilling to defend myself. I think this because I still feel uncomfortable questioning authority and allowed my mother's abuse to go on for decades. I wonder what I would really do if I had to... 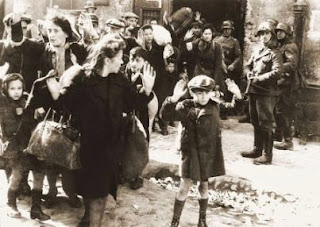 I thought about the stories and how many people have heads and memories absolutely filled with these images, conversations and this pain... and how they keep it inside and do not speak. I wonder if they do not speak because they wish to spare their friends and family from seeing and hearing the same images, or to continue to try and bury it all in the darkest recesses of their minds, or if they worry about ridicule or confirmation that they deserved this experience... this horror... I thought about how our minds can try to save us when most of us are unwilling or unable to save ourselves and how we might create a companion such as a dog to stay will us... to help us feel safe in situations where safety isn't even an option and to feel the surprise and confusion to recognize the trick our mind has played on us to get us closer to our very survival. That our very cells may try to save themselves even when our souls are too tired to try.

While these stories are fiction, each and every one had the ring of truth in them. That unmistakable aura of “I have heard this/ been there/ felt this before.” The benign feeling of being safe in a world that really isn't safe and to see that reality through words and identity and recognize so many different emotions, thoughts, and parts of the reality of the world that you haven't understood before.... the reality that so many other people have had to deal with and face... it's not the easiest thing in the world to do.

I highly recommend this book. If you have the opportunity to read it, please do so.... 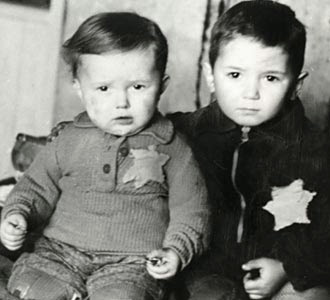