United States Governmental Priorities and the Office of Special Prosecutions 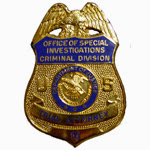 In our current times, some politicians like to argue about ways to cut taxes, cut the budget and to eliminate governments programs and organizations that they feel are redundant or unnecessary. I say current times, but this same process of politics and political spin has been around since governments began. One of the organizations that has been targeted by some politicians and talking heads lately to be eliminated is the Office of Special Investigations(OSI). A link to their mission statement found here.

On the face of it, the OSI is a really easy target. It is a small section in the criminal division of the US Department of Justice that only deals with human rights violations/crimes. Because of our laws and freedoms, there are only certain way to target those individuals that they find which is usually a long and expensive process- we do not charge them so much as a regular criminal and need to have overwhelming proof to deport them and then need to find a place to take them which isn't simple either. It needs a budget, but never creates an income of its own. With few exceptions, this department only works on 'cold cases' looking for people that are not currently in the news and for crimes that the majority of citizens do not feel have touched them or their families personally. The crimes they are investigating are huge with names like 'Holocaust' and 'genocide' that add another layer of distance from the average American as most of us have never participated in (we think) nor been affected by these human rights crimes in our daily or personal lives. So one the face of it, I can see why some people believe the department should be shuttered. 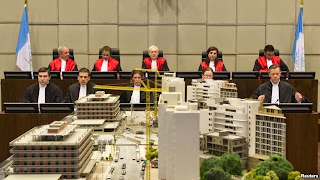 However, there are a few reasons that the Office of Special Investigations is of great value and needs to be kept open and funded. One is that the United States has a legal and binding obligation to do so. While the United States was one of the early signatories, the convention was not ratified until 1988. When signed (and afterwards ratified), our country agreed to work to prevent genocide and prosecute those who commit it no matter where in the world the acts were committed. In fact, when President Harry Truman signed the convention and then sent it to the Senate to be ratified, he stated: “The Senate’s approval would demonstrate that the U.S. was “prepared to take effective action on its part to contribute to the establishment of principles of law and justice.” Later, President Richard Nixon asked and reminded the Senate to pass it and it was later ratified with two reservations and an addition of legislation. That legislation was signed into law by President Ronald Reagan and was called the Genocide Implementation Act of 1987 which made genocide a crime if committed on our soil or by US citizens. There is no statute of limitations and comes with life imprisonment and hefty fines. At the time of its signature, President Reagan expressed that he would have preferred a bill that call for the death penalty, but “This legislation still represents a strong and clear statement by the United States that it will punish acts of genocide with the force of law and the righteousness of justice." So we have agreed to try and prevent as well as prosecute war crimes both in an international treaty and within our own laws. If we want other countries to abide by international treaties and laws, it stands to reason we must show the example and do so as well. While the department was originally created to find and prosecute Holocaust victims, we have had a few genocides since then and it seems to me that we must follow through not only with our legal commitments to prevent, discover and prosecute war criminals, but we must open it up to other genocides for two reasons; the continued finding of Holocaust perpetrators is going to become impossible soon as mortality will win that particular battle and if it is about the act and not the ethnicity or national identity of the perpetrator (as most were German from the Holocaust) then were must treat all genocides as equal and in need of our resources. I understand that this unit has started investigating and searching for those who have committed crimes in Rwanda, Bosnia, Darfur, etc... and I am glad for it. Another reason that this office should stay open is because fulfilling our requirement under laws and treaties would be much easier if we had one department to do it that has specialized skills and the ability to focus on it. Local police forces would find themselves very challenged to take up this cases from tips and continue to do the local policing that they specialize at. 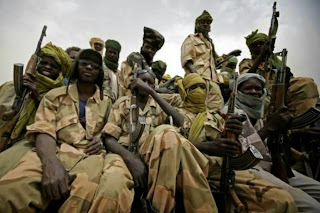 We also have a moral obligation to look for and try to create justice for those who have been victims of human rights crimes and genocide. When we concentrate on looking for the perpetrators and trying to hold them accountable, we tell the victims and others that we take what happened to them seriously and believe that they deserve justice. We also give people (indirectly) a lesson and warning- that this behavior is unacceptable and will not be tolerated. By continuing to look and follow up on leads towards those who broke the laws, we do not give the offender easy rest because that person will always know that their lifestyle/ life is at risk... secrets do get found out. While I sympathize with the idea that sometimes the person who is caught is a good and active member of their community now, I do not believe that crimes of murder without some justice and restitution should be ignored... no matter how 'good' the person has been afterward. (I question if sometimes the individuals are good...not to be 'good'... but to not get caught.) The obligation that we have is not only to ourselves and our families but to humanity as a whole in pursuing justice and educating each other about tolerance. As all of us work together to acknowledge these crimes are unacceptable and work together to prevent them, then over time maybe we will hunt down fewer of these offenders... because there will be less crimes against humanity. Only then should we possibly consider closing the Office of Special Investigations. Only then...