Genocide Denial - the Midianites and the Holodomor 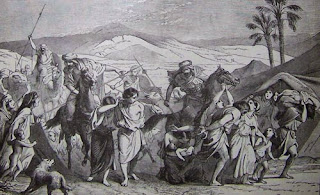 I am still trying to decide for myself what the term' genocide' means with all its nuances and difficulties, but I feel pretty secure in saying that I do not believe that there is a lot of middle ground in the definition. If you have a desire/intent to rid yourself of a group of people specifically for something that they 'are' or what they have, it's genocide in my definition- no matter how successful you were at doing so. I take issue with the term 'somehow less genocidal' because genocide = genocide period. Causing the death of people for their politics is just as much a genocide as doing so for the excuses of race or religion. As we have studied this semester, I have found myself going back to things I have read or heard about that dilute the intensity of the word genocide by excusing or diverting the conversation away from the facts. An example is the attempted extermination of the Midianites by the Israelites in antiquity. The Israelite and their prophet Moses were frustrated by growing religious tensions between the two groups of people and that some Israelites were converting or following teachings that came from the Midianites religion. The God of the Israelites told Moses to kill all of the Midianites and the Israelite armies were sent out and conquered their foes returning home with all of enemy's property/ livestock as well as the women and children who survived the battle. Accordingly, when the soldiers returned to Moses with all the bounty, he is angry and tells them to kill everyone but the virgin girls. That was done and the passage ends with ritual purifying. 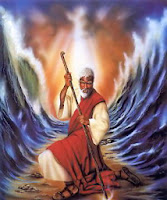 Some apologists suggest that God – and therefore Moses- only allowed the virgin girls to live because they would have had nothing to do with idol worship and that was why everyone else had to die. Others state that killing and war were necessary evils at the time and this was normal behavior. At least one source suggests that as Midianites are mentioned later in the Bible, this couldn't be a genocide because not all of the Midianites were killed- They were able to fight another war with the Israelites later. However, boy children and infants would also have had nothing to do with idol worship and they were killed and if some people managed to escape death that doesn’t make a genocide 'not a genocide'.... it simply changes the evaluation of its success. 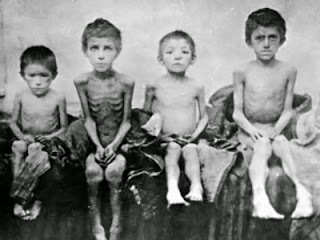 Today the Russian government still denies the existence of the Holodomor in Ukraine in 1932-33. (For a brief description and information see here.) I think the fact that the Russian government and diplomats took the time and opportunity to help shape the language of the “Convention on the Prevention and Punishment of the Crime of Genocide' to exclude a 'targeted group' in their country makes one thing really clear to me... the men who helped craft the definition knew that what they did was genocide and so worked to make sure it wouldn't 'qualify'. I frankly find that heinous. I find the denial and the active participation to bury the crime almost as heinous as the original transgression. I believe this partly because I think that people who deny it because they genuinely do not believe the 'crime' happened and believe it has been made up are people that are so ignorant I can feel sorry for their lack of knowledge and understanding. Having a full knowledge and working to deny something for financial motives or to give yourself more credibility in front of other governments and the international community is pretty challenging for me to understand. I also find it provocative that a signatory of this convention who has basically agreed to try to 'prevent and punish actions of genocide in war and peacetime' ... is actively trying to distract the world from their own culpability and failings in the same areas. So to look at the Holodomor as 'somewhat less genocidal' seems a bit distracting and disingenuous; i.e. it's either a genocide or not. The major reason that seems to be given – that Stalin’s plans killed millions... many of whom were not Ukrainian, seems disingenuous at best because what that statement tells me is that those who say it recognize that it is a genocide.... just a much bigger one that encompassed a large 'class' of people rather than just Ukrainians.. (Lastly, I find a small irony in the fact that Russia has politically accepted the existence of the Armenian Genocide in Turkey and denies this one... they seem to be so alike in my mind that every argument to prove the “Great Catastrophe' proves the Holodomor as well.... deportations, false political accusations, government seizure of property, denial of food shipments and journalists, etc...) 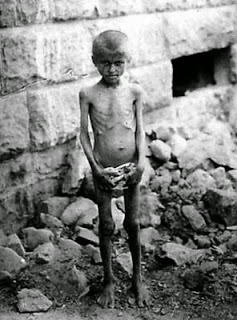 That begs the question then as to whether the Holodomor is a genocide or not? The legal definition of genocide includes acts committed with the intent to destroy, in whole or in part, a national ethnical, racial or religious group. Acts include killing or causing serious physical/ mental harm and imposing measures intended to damage the group, prevent re-population and/or forcibly removing youth from the group to integrate them into other populations. When the whole of the Holodomor is looked at in this perspective and broken down, we can see how clearly this 'series of decisions/acts fits into the legal definition. Joseph Stalin created the artificial famine by decreeing impossible quotas on grain/ other food products and tight enforcement of them. When it was obvious that his plan was causing starvation and mass death, he did not change anything about the policy and actively denied food aid offered from other countries. If he didn't know what the consequences were when he started his plan, he certainly had the information to figure it out and stop it as time went by. However, written evidence suggests he knew full well what the consequences would be for the peasants by ordering 'the destruction of the kulaks as a class'. When he was told about what was happening from some of his own men, Stalin was quoted as saying, “Wouldn't it be better for you to leave your post and become a writer so you can concoct more fables!” He created orders to shoot anyone who stole even a small amount of food and reflected that it would be much easier to just deport all the Ukrainians but that wasn't possible. Along with other evidence, it seems clear that the intent to kill and demoralize the Ukrainian population has been proved. The Holodomor included millions of deaths as well as serious mental and physical harm as has been testified to by the survivors in their stories of cannibalism, deaths and oppression. Starvation as well as the inability to disperse themselves to safer areas also curtailed births as family relationships and communities collapsed. The Holodomor fits the definition of genocide without any difficulty. It is regrettable that its existence is still being denied and a source of contention between Russia and the Ukraine. The challenges that both countries are going through now seem to stem from the same problems and ideas that caused this genocide in the first place. Moving forward from a place of contention doesn't seem like a great way to move forward... more like a way to potentially have another serious conflict arise again that has the potential to turn into a genocide. I hope that will change… another genocide would be more than tragic, it would be… I just don’t have the words… 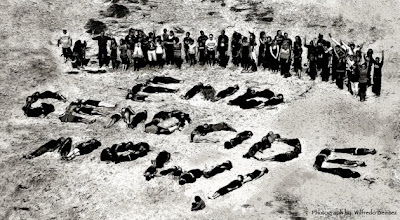