Sexual Assault and Rape : The Differences Between Perception and Culture


I was challenged to look at both the ideas of rape and sexual assault and what the differences between these two horrible acts might be. At the time, I felt like there can be many differences that would also depend on the environment and mentality of the perpetrator. So here are my thoughts on the issue after my research this week.

Sexual assault can be generally defined as unwanted or inappropriate contact towards anther person that is seen or regarded as sexual in nature. Rape is a form of sexual assault in which a person forcibly or without permission penetrates the victim's body with anything; whether its parts of their body, other objects whether small or large, etc.... and it is still considered rape if the penetration is without consent to any opening of the body...even those that are not necessarily considered sexual orifices. So a person can be sexually assaulted, but not raped in some cases (physically, that is)... but a person who has been raped has also been sexually assaulted. With few exceptions, sexual assault and rape are usually crimes against women and tend to be based on power and dominance instead of love or perceived sexual needs. These behaviors are acts of violence, not acts of equality or caring. While these definitions are easy to understand, they do not also tend to convey the emotional or mental violence that is also inflicted when the physical crime is perpetrated. For many, just the act of reporting the crime or talking about it causes them to feel the 'act' again even though they are safe in the present time. Other challenges that come with the sexual assault/ rape for the victim is dealing with the emotions from the perpetrator that are expressed. 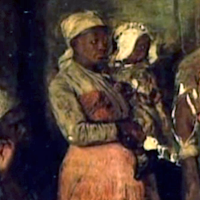 When thought about in these terms and also understanding the general patriarchy of most societies in the world, we can easily see how sexual assault and rape can be used not only to hurt one person but as weapon to cause harm to many people and even a community or society at large. In war, the raping of women is an act that not only causes harm to the victim, but is also an act of revenge and defiance against her husband, her 'protector, her community... and even of her culture and race. While there is much disagreement and debate about Thomas Jefferson and Sally Hemings, his black slave / mistress and whether she could or could not consent in their sexual relationship, few will argue that Mr. Jefferson was in a position of power over her and her family which could limit how much she really was able to consent to their relationship. And few would be willing to disagree with the idea that Mrs. Hemings was picked because she was black and the relationship most likely wouldn't have happened at all if she had been a purely white female. Other ways that rape is used against a culture/race is to attempt to change it genetically- if many of the men are killed and the women are raped or forced into longer term relationships with their assailants, the children born of such unions are usually

considered members of the dominant group and not part of the culture of the child's mother. It is easy to see looking at the past history of many groups of people how this tactic has been successfully used to not only change, but also decimate communities and cultures. (And on an amusing and side note.... isn't it interesting about the use of pure-blood and mud-blood in the Harry Potter books to denote positive or negative connotations... and these were on consensual births! Something to think about in relation to how each of us looks at those of mixed race heritage or bi-racial couples. :) Finally, one of the best ways to defeat your enemy isn't just to kill them, but to truly win you must also demoralize them and mentally defeat them.... to convince them that they are worthless or have lost something that can not be reattained. And that is what makes rape so effective a weapon in so many instances. 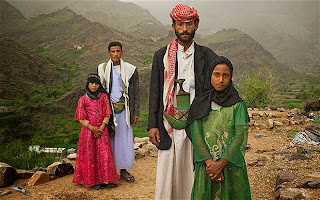 There is another way to look at sexual assault and rape and that is through the lens of the culture, society and the people living in it. The definitions I have given for the most part belong to the culture I live in: a first world country. There are some ways these definitions change when we look at the way other societies perceive women as well as girls and even marriage. In some cultures, girls are married at very young ages and that is not only culturally acceptable but encouraged and facilitated by the child's parents. In this country, we have made it very challenging for any female under eighteen to get married – even if they want to! In some areas of the world, girls are married between the ages of 10-12 on average... and sometimes as young as eight! These girls have not chosen this marriage and it is usually facilitated by the girls parents to a man at usually at least a decade older than the young girl. (In September, an article came out about the death of an eight year old girl named Rawan who had died due to internal bleeding caused by the consummation of her marriage to her much older husband. This marriage took place in Yemen). To myself and I suspect for many people I know, this act would be considered rape- whether the young lady had died or not. In this culture, the relationship was acceptable and not considered rape... or could be described as 'tolerable rape' (a rape that is culturally acceptable and sanctioned.) In my culture sitting alone with a man on a park bench is acceptable and even encouraged to get to know each other... in others, that can be considered sexual compromising and the young lady is 'ruined'. It really does have a lot to do with the society in which you live.

What are your thoughts on any of the issues that I brought up in this post? Do you have differing views on how culture defines sexual assault?

Posted by Badgerdown at 6:18 PM