"Primary Colors" and the Blurring of Vision

When the book first came out in 1996 by Anonymous, I was really not interested in reading it and I pretty much felt the same way when the movie came out. I had a gut feeling about both the movie and book that is a little convoluted, but came down to three thoughts; I don't really like films that seem solely political or are heavily about politics, I didn't want to watch a 'slam' movie about the Clintons even if I wasn't one of their biggest fans, and I felt like it would just be a waste of time. So I didn't think about it and the world moved on....

So... second week in class and I'm sitting watching another movie I had no interest in except that I had been intrigued by the movie clips shown in my first week of class so I was hopeful that I would learn something and have fun this time... and I did. I was really affected by the film - both emotionally and intellectually. I didn't sleep for several hours afterwards because I really needed to digest the feelings and thoughts it provoked. After much contemplation, I decided to write about the largest emotional paradox that I found when watching and analyzing this film.

This film gave a reporter's viewpoint....or a 'loose' biography about President Bill Clinton's first primary election and some of the challenges he faced: political, personal, and moral. These ideas were portrayed through characters named Jack and Susan Stanton.

Susan - "It's four in the morning- let's just tell the truth"

The underlying emotional theme that I felt throughout the film was how much all of us, and especially me, live in a paradox when we are politically active. To be informed and to try and make informed decisions, a person usually does some research, talks with friends and family, reads or listens to the candidates and their views... and then we hopefully make our choices on the ballot based on what we think is right for us, our neighbors and community, and what our moral and intelligent self believes to be the right choices for all. However, while we do all this, most of us understand that what we are told, read, hear in ads, etc... is not only biased, but sometimes not the least bit true. We know this, instinctively and intellectually... and yet we make our choices based on these 'truths' that we know to be wrong, biased or at least not totally truthful; or factual.

So why do we make the choices that we do? Why do we believe any of it... why do we know about the paradox and yet yield and participate in it?

Libby - “...Without them, I'm dark and black and cold and dead and empty and airless for eternity....” 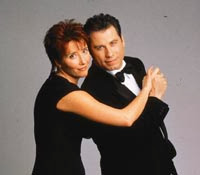 And that pretty much says it all. Inside all of us - we want to believe and we all want to feel a connection to greatness... or what we think is greatness. We want to believe in the person, in what they say, in their promises for better things. As proof of that we rarely elect the moral, truthful person. We understand and expect the phoniness of politics and our politicians. We see the bad, the ugly and we compartmentalize it in our minds and view the thoughts separately if we are still willing to give the person a chance. I'm loath to admit it, but charisma, acting, and good looks with a lot of money still go pretty far in this country...especially in both the professions of acting/theater and politics. In many ways they are bred of the same cloth and that is easily evidenced by some of our politicians - Reagan or Schwarzenegger to name two. 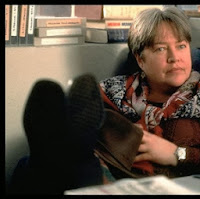 I have believed for many years that real politicians are true 'shape shifters' or maybe benign 'boggarts' (from Harry Potter.) They can make us feel good and right and cared for even as they do things that horrify and sicken us. We accept the worst in them that we wouldn't accept in ourselves or most others. This film brought that home very strongly for me as I found myself disappointed in and disgusted by Jack Stanton... yet rooting for him to win in the end. And I found myself almost crying at the death of Libby realizing that my idealism in politics is just as dead even if I am still breathing. An amazing film on some extraordinary lives. 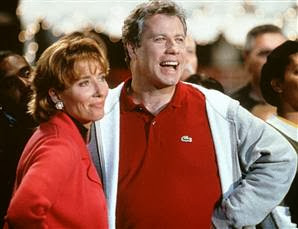 Posted by Badgerdown at 6:54 PM