PTSD, Torture Specific Syndrome and the Varied Effects of Torture

In some of my readings, this week I was asked to look into the symptoms of psychological torture and how they differ from 'physical' torture. The psychological effects of torture are many, varied and while not as easily 'seen' by the naked eye as physical torture... as just as damaging to the victim's mental, physical and cultural health. However, unlike physical torture, psychological torture is harder to define, prove cause and effect, as well as determine whether it has occurred at all. (Maybe that is why more 'civilized nations' such as the United States will use it more than physical torture.... it gives the leaders plausible deniability. It also appears to give the perpetrators the 'idea' of being humanitarian but also getting the results that they are looking for.) So, whether torture was provided by physical means, psychological... or some of both, all have many of the same effects on the person affected. Isolation, for example, tends to produce changed brain function, disorientation, etc.... and has been described to have some of the same effects as a severe physical beating.

Other symptoms can be insomnia, PTSD and other mental health challenges, emotions such as guilt, pain, grief, anger, as well as problems that can bring back the images and feelings inappropriately. Many victims can feel pain in different areas of their bodies (constant or intermittent), migraines / headaches, troubles eating, social and relationship difficulties as well as severe problems with self identity. Delusions and other psychosis can be caused as well. 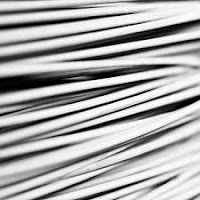 Unfortunately, it is also suggested by statistics and interviews that the people around the persona affected end up with many of the same symptoms, challenges and negative world views as the actual victim. So torture is not just the destruction and damage to one human life, but several... a bit like second hand smoke.... invisible but quietly making some internal changes that become difficulties and illnesses over time.

1. impaired memory and concentration
2. sleep disturbances / nightmares
3. anxiousness, depression, physical symptoms that come without any findable cause, such as stomach complaints, breathing and heart problems,
4. other mental health problems such as depression or anxiety 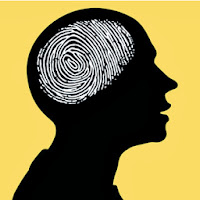 These symptoms appear very similar to me as almost the same symptoms of post traumatic stress disorder and I suspect that these disorders are treated very similarly if not in the same ways. I'm actually a bit skeptical (and the textbook suggests many others are as well) that they are actually different disorders. It seems like they are just slightly different ways to describe the same problem. I wonder if people would feel more comfortable with one name over another.... like some parents did with the terms Asperger's over autism even though they are parts of the same thing. Not sure. Definitely some challenging reading this week. :)

What do you think? If you have been diagnosed with either disorder... which name 'feels' more comfortable to you? Any thoughts?
Posted by Badgerdown at 6:52 PM