Journey Forth #4 : Some Common Myths about Gluten and Celiac Disease


When I was first starting the process that led to my diagnosis of celiac disease, I heard many things that I found out later either were not true... or the fact that they happened to be true in my case was unusual. So I thought I would write a short post on the most common myths (at least the ones that I have heard) and mention the true facts behind them. 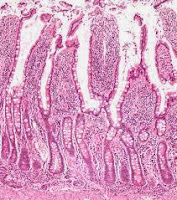 1. Celiac disease is a simple gastrointestinal disease – For people who have celiac, they soon learn that the disease is anything but simple and doesn't only effect the digestive system. As discussed in past posts, this disorder affects every part of the body and some doctors believe that this disease is primarily a neurological one with some symptoms being digestive... and not the other way around. Even if that viewpoint isn't entirely true, the evidence of how this auto immune disorder effects and damages all organs and body systems seems pretty conclusive.

2. Celiac disease is a children's disease – While children are more likely to be diagnosed and diagnosed early, adults have the disorder as well in pretty high numbers. Estimates on undiagnosed adult celiacs range from 1 in 20 to potentially 1 in 6 for simply gluten intolerance. The symptoms tend to be more noticeable and obvious in children and adults tend to have less obvious or more ignorable symptoms... as well as the unfortunate fact that they are also more likely to be wrongly diagnosed. It is estimated that only 5% of celiacs have been diagnosed which makes up about one percent of the American population. Also, this disorder cannot be 'outgrown' and once truly diagnosed... you will have the disease for your entire life. In essence, there is no cure.

4. Eating Gluten makes you fat – This isn't a true statement at all. Many people have started eating gluten free as a diet choice- some celebrities have made it more popular and 'trendy'. When it comes to gaining weight the answer is usually very straight forward... it you take in more calories than you burn, you will gain weight. While there are exceptions, the vast majority of people who start a gluten free diet will actually gain weight for a few reasons. One is that the person's lifestyle hasn't changed at all. Their eating habits, social customs and physical activity levels are what really cause an individual to develop weight gain. Another reason is that gluten free foods are thought by some to have fewer calories in them then their regular counterparts- with few exceptions, that is an erroneous assumption. Gluten free foods tend to have more fat and sugar to balance the lack of gluten protein. In order to make texture, color, and taste more 'normal', these are the ingredients that tend to be tweaked... and are also the main things that cause weight gain. Also, the average person's diet is heavy on grains with fewer legumes, fresh fruits, vegetables, and other foods that are naturally gluten free. Processed food is another factor in weight gain and so simply changing an unhealthy way of eating for an unhealthy diet without gluten doesn't really change much. Last, exercise is important for anyone and most people will gain weight if they tend to be sedentary creatures (anyone seen a thin sloth? :D Just kidding) All in all, most people do not lose weight on the gluten free diet and most individuals will put on some pounds when beginning the diet.

5. People who suffer from Celiac disease are skinny - Hmm, mostly not true. Yes there are a small percentage of people who are too slender due to the symptoms of eating gluten and the damage that it causes to the patient. However, around 40% of people who are diagnosed with celiac are overweight at initial diagnosis. Less than five percent of patients are underweight. So, not only is a person's weight not necessarily a good indicator for diagnosis, it may actually help convince people that they do not have celiac disease simply because of their extra weight... not a credible diagnostic tool.

So... do you have any thoughts on these myths? Know of one that I missed? What are your thoughts? 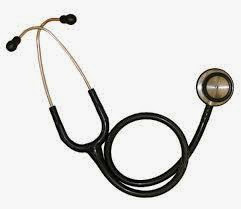 Posted by Badgerdown at 5:35 PM