Yesterday, I found myself in an unusual situation in more ways than one. As I couldn't sleep, I went to the gym before work... way too early in the morning and found myself running on a treadmill in front of four television screens. The irony is of course that I haven't owned a television in over a decade and so experiences with one are few and far between... but four! It's a bit like being offered piles of riches that you don't think you need and are confused as to why others think they are valuable. This opportunity gave me an interesting opportunity for reflection and experimentation.

As most everyone in the first world probably knows by now, an airplane manned by pilots employed by Malaysian Air was shot down and crashed near Grabovo, Ukraine. With 298 people on board flight MH370 - all who perished- the only thing that seemed known immediately was that everyone on the plane died and that the plane was shot down over eastern Ukraine along the border to Russia. So as I jogged on the treadmill, I looked up at the screens and over the next few minutes I realized my opportunity- all four televisions were showing news from four different stations; ABC, FOX, CBS, and NBC. So for a girl who doesn't watch news, I was able over the course of over a hour to watch all of them at once and really compare their coverage of the situation. And even from a lack of experience as a news hound, what I found wasn't really surprising.

On three of the stations, the story seemed to be covered pretty thoroughly, but also with some caveats. As the news was raw, the situation just unfolding and with very little confirmed information. Only the confirmed facts were given definition and were described in definitive terms – all passengers were dead, the flight, where it went down, etc... After that, the language was was more vague... “Investigations are underway, the black box might be, etc... There were pictures... frankly, terrible and devastating photos and descriptions from eyewitnesses that felt so painful and hard to hear. But not a lot of speculation or opinion. And there would be breaks from this tragedy- each station took time to talk about other events such as wildfires, the situation in Israel and Gaza (just as horrible a problem I might say), the indictment of FedEx over shipping medications illegally and gold found in a shipwreck off the coast of South Carolina. And more such as a court overturning another gay marriage ban, the typhoon headed toward China... The world is a big place with much going on in it.

The same could not be said of FOX news. While they seemed to have the same details, it was pretty astonishing to me with how they used them. Small lettering on the bottom of the screen would say the 'facts', but the people talking didn't give any facts without a lot of supposition and even things that were only opinion.... Most of he time they didn't bother to mention any facts that I was learning from the other stations. I felt the anger of the commentators but I was also impressed by how neatly they could draw me in and if I hadn't been able to see the facts from other sources at the same time, I may never had gotten them. The wording that was used was also extreme and violent in its own right. It is no exaggeration to say that every sentence spoken, every word that was said seemed conveyed to expressed three points and only those three points.

1. That this tragedy was caused by the Russians and ordered by Vladimir Putin himself.

2. That President Obama must 'break' Russia and Putin to show the Russians and the rest of the world that we are the mightiest and must be feared and obeyed. That war, violence, 'blood', all have been caused by the evil that is Russia and we the good must vanquish it.

3. If we as America do not do this, we will all die and only terror will win.... with Russia and Putin as its leaders. 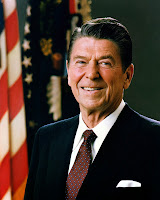 All the rhetoric made me think... and with was terrible. Some of the words still burn in my head over twenty four hours later. “Russia has their fingers printed all over this all ways”.... Really? How do we know? (Don't get me wrong, I suspect that in many ways this comment is true about this situation, but...) And then pictures of John F Kennedy and Ronald Reagan would show up on the screen with some of their words in quotes about bringing down Russia, tearing down communism and its evils... and then “The President must, he must... Eye to eye, toe to toe, he must stop them... whatever means are necessary.” “President Obama must show them what happens when Putin sheds the blood of innocents... and perhaps the most ironic quote that sticks in my

mind came from Geraldo Rivera- “I told you yesterday Putin has blood on his hands.” Yup, the same guy that my friends and I used to laugh at in high school who five days a week make the term 'talk show' synonymous with interviewed strippers, skinheads, white supremacists, families who hated each other, etc.... He's now reinvented himself as a political commentator. So I was able to listen to him wax poetic on the evils and wrongs by Putin- many of which must have been exaggerated...something he used to do on his talk show... he was well known for it. 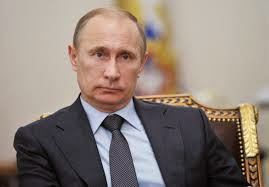 I am no friend of Vladimir Putin. I do not know him and am aware that living in this country I will not have many opportunities. It has been obvious to me for years that as America and Russia are enemies, the media in this country can never really see anything that has to do with Russia unbiasedly. We as a people are still trying to understand their history and their culture without coloring it through the lenses of our biases and prejudice. And we are doing it poorly. This experiment cemented two things into my head. First of all, I have heard to the polls and studies that show that those who get the majority of their information from Fox news are more ignorant of the reality of the world than people who get their news from anywhere else. But it also explained the constant fear and anger I sense in so many of the people I know who are 'die hard' FOX news fans. How can you not be when you sit and listen to so much anger... and so much falsehood or at least unproven accusations that when they are proved false ... will never be redacted. That language is dangerous for all of us- even those of us who do not hear it. We have to live with the pain and anger it causes in others, many of whom we care about. After over an hour yesterday of interaction and attention, I will avoid giving any of my time to that station again. I only wish that so many others could see it for what it is. There is enough hate and anger in the world as it is without manufacturing more.

Yesterday so many died in a plane crash.... in the conflicts in Gaza, in Africa from malaria, in Syria... everywhere. So many people are frightened and sad and unsure what to do in their lives. In fact, some numbers suggest that 1 in five of the dead in Gaza are children- children may sometimes be called little terrors but very few people would call them terrorists worthy of death. Instead of creating anger, fear and division, couldn't we work together to grieve and to fight it, fight the terror and the pain with an equal amount of love and good will as well as the basic law enforcement stuff? I can only hope..... 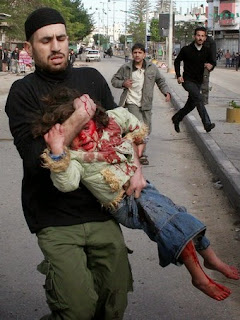 Posted by Badgerdown at 5:25 PM