Journey Forth #1 : What is Celiac Disease and its Common Symptoms 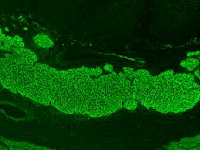 So, what is celiac disease... also known as celiac sprue, non-tropical sprue and gluten sensitive enteropathy? The easiest definition is that it is an genetic autoimmune disorder which is caused by the body's hyper response to gluten in its system. When gluten is ingested and the patient is exposed, the proteins cause the immune system to produce antibodies (transglutaminase or tTG) that cause damage to the intestinal system- mostly to the small intestinal villi. At a minimum, the small intestines are damaged and they can no longer fully aid in digestion and nutrient absorption. So no matter how much the individual eats, they will be unable to get the nutrients needed from their food... or even supplements, causing many of the symptoms that characterize the disorder. And in severe cases, the intestines develop small holes which can cause leakage into the other areas of the body. It affects on average 1 in 100 people around the world and it is estimated that in America alone, over two million people are currently undiagnosed leaving themselves open to serious long term health consequences. Some doctors suggest that celiac disease is primarily a nearological disease and that the intestinal damage itself is a symptom... and not just a 'cause'.

The list of common symptoms is actually quite long... this post would probably be a page longer if I described all the symptoms that have been attributed to celiac sprue. No patient will have all of these symptoms (at least I hope not!) and many will only have a few of them. However, no matter how you look at it, these symptoms cover more than just the digestive system which explains why this disorder affects the individual in almost all aspects of their life.

In some ways, I am very typical. I have struggled with canker sores since my childhood and have thrown up at least once a day since the age of sixteen until a few months after diagnosis and the subsequent dietary changes. One thing about the vomiting is that the abdominal pain would lessen or disappear after throwing up... a blessing in the yuck. :) I can sometimes struggle with depression, but most of the time my major emotional changes focus around anxiety and irritability. I have been told several times I am infertile (Bug is the best miracle I have ever received!) and I have never had a regular cycle until about a year after dietary changes. I have struggled with headaches, random abdominal pain and sometimes I wake up because my legs are shifting and 'twitching' while I'm resting. I also tend to feel tired all the time and sleep is something that I am not very successful with as often as I would like.

There is only one treatment for celiac disorder that is effective and allows the individual to lead a relatively healthy, normal life. The patient must adhere to a strict diet that is free from gluten and its proteins. Even the smallest amount of gluten, such as crumbs from wheat toast or a smidgeon of regular soy sauce can cause the unwanted immune response. Also, those individuals who are most sensitive can get an exposure not just from eating gluten, but from breathing it in or getting gluten into sores and other openings in the skin. And while it takes only a short amount of time for the damage to start, it takes weeks and even months for the healing to be effective enough for digestion to get back to a decent absorption rate. And for some, they may never recover fully due to the extensive damage done to the intestinal walls and villi. Depending on how long it took the patient to be diagnosed and to change their diet and lifestyle, there could be only small amounts of damage... or years worth of serious impairment and harm. In my case, when I was diagnosed with the disorder with the usual endoscopy and the unusual over forty biopsies, I was over thirty years old and the damage was pretty bad. My physician said that my stomach and the first several feet of small intestine looked like shattered and splintered glass. The pictures I've seen are quite horrifying and when I look at them and try to imagine what I see 'inside' me it's challenging. It's not difficult to understand why I tend to feel so much pain though. :)

There is a big difference between celiac disease and gluten sensitivity although it is not as easily seen. The big difference is that people with gluten sensitivity have the majority of the symptoms, but they do not have the intestinal damage as part of the package- the autoimmune part isn't their burden. Don't get me wrong- their bodies sensitivity to gluten is still uncomfortable and probably many other descriptive words. But the immune system doesn’t try to tear apart the body and that my friends, it a wonderful thing! How a person is diagnosed is quite simple. If you have the problems with gluten, but have no antibodies in your blood and a clean endoscopy.... then you are simply gluten sensitive. (Living it isn’t quite that simple, but I digress.)

So here is the first part of the journey! Next up I'll write about the a few of the less common problems – such as skin trouble as well as appropriate food and items to avoid. Thoughts...?

Posted by Badgerdown at 5:05 PM