Radiation and the Human Body 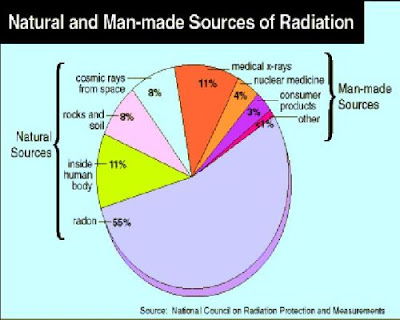 When I was in Washington state recently, I visited a museum that had a small section set up to talk about radiation.  I found it really interesting as I just haven't thought about it very much.  If I had, I think that I might have figured that I had a lower dose than the average individual.  After all, I live in a yurt, don't have running water and went at least five years without electricity- I only have one plug now so some have joked that I still don't have electricity.  I consider myself to, with few exceptions, be extremely healthy and until the last few years I ate really well- mostly organic, etc...  I used a radiation calendar at the museum and it estimated that my average was 362 millirems per year.  That didn't sound too bad except that the American average radiation exposure dose is 360 millirems....

It turns out that I have some risky behaviors that keep my radiation exposure at the average level.  It also seems that the world is more radioactive than I had ever imagined.  We live in a world filled with radiation- in the food we eat, in the water we drink... even in the air we breathe.  Half of an average person's exposure every year comes from natural sources.  The rest is all man made so to speak and can usually be separated into three separate categories; medical, commercial, and industrial.

Natural sources seem to be pretty much unavoidable.  The average person is exposed to 40 millirems of radiation from food and drink alone.  Drinking water (especially bottled water), bananas, carrots, red meat and beer are just a few examples of foods that emit radiation.  Any individual that breathes will get about 200 millirems of exposure from radon in the air.  Our bodies - these beautiful and unique temples that house our soul- carry approximately 240 millirems with us throughout our day.  So each of us is an organism that,  while needing to avoid exposure, actually gives off radiation and exposes those around us.  So one form of risky behavior that I engage in is sharing a bed with my husband. The radiation that we give off will give each of us a slightly higher radiation level than those who sleep alone. (Gives a new, positive perspective on being single, doesn't it?  : ) 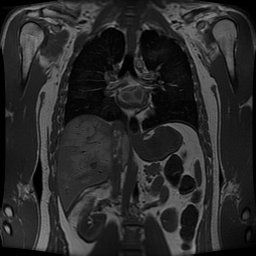 Out of the man made sources of radiation, medical testing really tops the list.  In the guise of caring for our bodies, we sometimes take a greater risk with them then we need to.  With the excuse of 'keeping up appearances' we get porcelain crowns on our teeth if they are needed. (For full disclosure, I have a crown and so I too, am "keeping up appearances".) So many medical tests these days use radioactive chemicals or machines to work. How many X-rays have you gotten in your lifetime? Do you have a pacemaker? When I was sick last year I spent so much time in radiology I am surprised that I don't glow (and on that subject.... maybe it's my husband who is at more risk by sleeping next to me! :D ) Ultrasounds, thyroid imaging and more are all big exposures.

Other ways that we expose would be through television, video game stations,  and computer usage.  If you are in any building with a smoke detector, use an airplane for travel, use luggage inspection at airports, or live within 50 miles of a coal burning electrical plant and/or.......... you are getting higher radiation exposure than those who do not.  Where you live in relation to altitude and sea level makes a difference as well.

Now, most doctors agree that radiation exposure causes cancer and that radiation exposure causes a weakened immune system. A research group studied the amounts of radiation in common medical procedures in 1980 and today – we get seven times more radiative exposure for diagnostic tests now than we did twenty years ago. A study that was just released in the last few days illustrates a disturbing trend in light of the former thought. The study looked at radiology trends for three years over five major healthcare markets. They found that one in ten adults under 64 years of age had in that period of time had a heart procedure/test involving radiation exposure. The biggest used test is called myocardial perfusion imaging (heart stress test) and it accounted for 74% of the procedures in this study. The next was heart cauterization and stents. I am sure that many of these tests were necessary. But I do question whether we are giving medicine and its disciples more leeway with our bodies than we should. Surely, many of these tests did not have benefits that outweighed the risks of the exposure. I wonder how to work on keeping my exposure low (and maybe even lower it) without serious compromise to my lifestyle. But I also wonder if I am being negligent to this great gift that Heavenly Father has given me by simply ignoring the problem through ignorance or even priorities. After all, if I don't care for myself.... who will? And reducing our levels will benefit our families and all those who surround us.

I encourage all who read this to click on the links I have added and see what your approximate radiation exposure is and think of ways you can maybe reduce it. See what you find out... you might be pleasantly surprised... and I might be jealous of your low score!

(The pie chart above is outdated, but I fell in love with it and I couldn't find a more modern, accurate one. I guess I have always loved pie charts....) 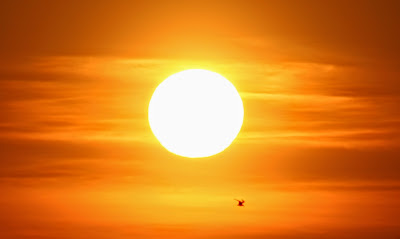 Posted by Badgerdown at 9:40 PM