"I thought that I had done everything I could, but maybe I could have done more" - from an interview with a survivor of the U.S.S. Indianapolis

The most famous of all shark attacks occurred in July of 1945. I must start by saying that as much as I love sharks.... as much as I am fascinated by them... as much as I would dearly love the opportunity one day to face one and watch one swim in its habitat.... this story brings tears and horror to my heart. I can not even attempt to imagine the fear, the waiting, and everything that the survivors faced. In many ways, those that died were so lucky in that it ended. I cannot imagine endless hours of heat and water and sun and then hours of cold and water and dark interspersed with no food and no water and no way to calm the thoughts in your head. I am not good at that anyway - despair has become so easy over the years of trial and turmoil. And in many ways, those that died took the easy way out for those that survived have so much to teach us. And we have so much to learn. And so little of what we have to learn was about sharks. This may be known as the most famous shark attack in history, but so little of its lessons are truly about sharks. They are more about us and the frailty and courage of the human spirit. They are about how humans think and how we react to adversity. 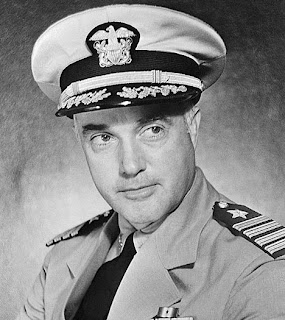 The U.S.S. Indianapolis delivered an atomic bomb and while on its way to meet up with some other ships, it was hit by two Japanese torpedoes around midnight. The ship sunk within 12 minutes with only 900 of the men aboard able to get off out of 1196 total. By dawn of the next day, sharks had begun to appear. There were very few rafts so most survivors were in life jackets that were designed for about 72 hours worth of use. The survivors were in the water in groups (slowly drifting) for four days and five nights before rescuers came. Some groups did have shark attacks- others never saw a shark attack a living human at all. All thse survivors had to deal with the extreme heat during the day, cold during the night, and the constant exposure of both with little food or water if any. By the time that the rescuers showed up only 317 men were still alive. 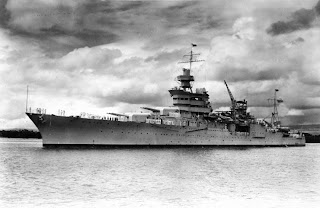 The first two hundred deaths are believed to be from injuries caused from escaping the sinking ship. Donald McCall, one of the survivors, when interviewed discussed the pain of jumping from the boat to the water... 60-70 feet below him. He felt that 'his body was being torn in half'. With that many dead people around as well as the living, it is not surprising that sharks did come to investigate. And with only a few exceptions, the sharks were content to eat the dead. After a day or two the sharks were less shy and were willing to try and pick off people on the extremities of the groups. However, it is believed that only about two dozens deaths could be attributed to shark attack (out of almost 900). After the first deaths from injuries sustained from evacuating the ship, the men died from numerous complications. Some died from giving up and drinking the sea water- they would usually die within about five hours sometimes with an hour or two of delirium and hallucinations. Some men got hallucinations and delusions from the extreme exposure, stress and fear. Some crew members died from being attacked by their own groups as members would have hallucinations and fight the people around them or sometimes fights would break out as people attempted to stop other men from drinking the sea water. Disillusionment would also cause fights and contributed to a high level of injury or even death. While some groups did have problems with sharks, others such as the group that was held together by Dr. Hanes lost 300 men to death, but none of the deaths was due to shark attack. George Burgess, a shark expert and the director of the Florida Program for Shark Research from the University of Florida, studied and interviewed as many of the survivors as he could. His estimate is about 12 dozen deaths from shark attack, 500+ from exposure, drowning, salt poisoning, etc..., about 200 from initial evacuation injuries and the remainder of death are attributed to the men who were unable to get off the ship. So while this naval disaster – the worst naval disaster ever in U.S. History- did have problems with sharks, the tales of 'mass shark feeding frenzies' are truly over exaggerated. George Burgess states that in doing this research, he discovered that the 'sharks behaved the way sharks are supposed to behave in their natural environment'. 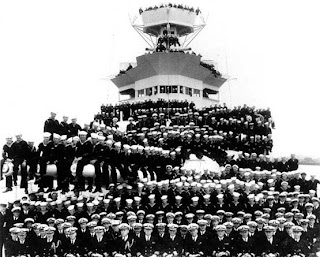 Unfortunately, the rescue of these men doesn't end the sad and horrifying tale. Later it was discovered that the Navy command knew that this ship was missing and did nothing. They received the distress signal and did... nothing. The survivors were spotted four days later on accident by a passing plane. The public announcement of the disaster was made two weeks later- politically timed to be overshadowed by the announcement of the Japanese surrender. The Captain of the ship, Captain McVay, was then blamed for the accident and court martialed. Later evidence was released that showed he was a scapegoat and that others sent his ship out knowing that the area was not safe, refused his requests for a safety escort, and later ignored evidence in his favor to allow for his successful prosecution. (In 2000, the Japanese commander of the submarine that sunk the U.S.S. Indianapolis and who was a witness as McVay's trial said of the trial - "I had a feeling it was contrived from the beginning." This trial effectively ended his career, but did not end the hate mail and painful phone calls dealing with this event. In 1968, Captain McVay committed suicide with his Navy-issued revolver. Not until several years later, did declassified documents show not only his innocence, but the true and horrifying failures by the Navy mentioned above. In October 2000, President Clinton signed a resolution passed by Congress that ...Captain McVay's record should state that "he is exonerated for the loss of Indianapolis."

The stories of the survivors are of personal courage, fortitude, perseverance – not just stories of sharks and what they do. And the lessons of politics, betrayal, and sacrifice are lessons that we need to keep in mind today as we watch our politicians make decisions for us. We need to remember that sometimes, decisions are made that are truly what is best for the well placed minority and not for the majority of individuals... that many individual lives can and will be sacrificed to make one individual's living easier and more comfortable. That should never be tolerated. In the end, the largest shark attack ever was truly the fault of humans. And was compounded by human error, selfishness, and dishonesty. May all of us take a few minutes to sit and remember those that died and remember their suffering...as well as the suffering of those who lived and pledge to help alleviate suffering that we see in the other people that surround us. Let us remember that human failure accounts for much suffering. Let us remember that we have the power to help. No one else has the power that every individual holds in their own hands. Make it count!

Posted by Badgerdown at 9:13 PM