The Predictability of Shark Attack 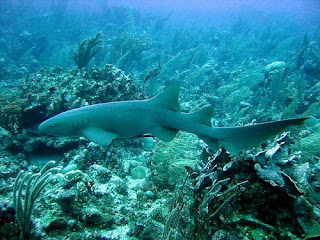 If there is anything that is predictable about sharks, it is that every attack no matter how 'minor' will be reported in full and chilling detail (if detail is not available, supposition seems to sometimes be used by media outlets, observers, medical providers, etc...). The larger it is, not only will it be reported on in great detail, but the stories will become legend and the facts and gossip will continue on to be discussed, dissected and embellished until the attack itself seems to be something out of a nightmare and not what it most likely is... a human being who has entered another environment that is not his native environment and (in most cases) has broken some basic rules that make them a more likely accidental target.

Our planet has billions of people that thrive and move on its surface- the numbers who will ever be party to a shark attack are so small and the number of people that will die from such attacks are extremely rare. Unlike how the media tend to portray an attack, a shark rarely attacks a person because the shark has determined that that the prey is human, edible, and then it attacks for its dinner. Instead, a shark bites because it is curious, confused, or distressed. Like the small baby puppy you bring home who chews on everything (including you) to explore its world, a shark explores much of its world through its skin and mouth. It has no hands and does not breathe air. In most ways, a shark has not changed evolution-wise in millions of years. It swims and hunts for food as, like us, a shark cannot concentrate on leisure until its basic needs are met. And a shark has a very simply brain. It is a strong and powerful collective myth that teaches us to anthropomorphize sharks- to believe that they think like us and feel like us... and therefore since they bite and they attack out of nowhere and the dark depths of water that they are evil, angry beasts. This attitude allows us to feel adversarial towards them and also justify what we do to them in our fear. 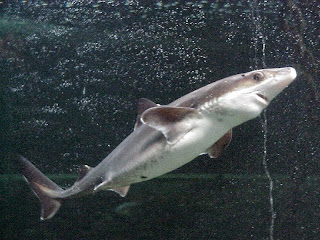 There are around 440 known breeds of sharks. They vary in size, shape, behavior, territory, and food consumption. However, a short poll on the street will find that most individuals know two hard facts about sharks. They will know maybe one of two breed names (usually tiger shark or the most popular great white shark) and they will know that sharks kill you and many people die per year. While I cannot say that the breed names are incorrect, the generalization of 'lots of people' or 'tons of people' simply doesn't consist with the facts. With very few exceptions, out of the millions of people that go swimming in the ocean every year all over the world very few people will ever see a shark in its natural habitat let alone be injured by one. As far as I can discover, these are the attacks across the entire world in the last month.

1. In May, a man in Australia was knocked off of his board and bitten on his leg. The breed of shark is unknown and he (the victim, not the shark) is in good spirits.

2. On June 10th in Florida, a young women was bitten by a shark while playing on a boogie board- she received 29 stitches. The breed of the injurious shark is unknown and her bite appears to be 'exploratory' – an 'oops' as a shark showed interest and then realized that she was not anything that he had interest in.

3. On May 18th, two women were bitten by 'a fish' while swimming off a beach of Vietnam. They were led to shore and given medical care. Her injuries are similar to those previously inflicted by sharks.

4. In May, a man was surfing at Point Plomer and he was bitten by a bull shark on his leg. He was treated by a paramedic and he walked away with no major injuries. There was a lot of fishing going on and it is believed that the bull shark was chasing the fish.

5. On April 13th, a young boy was bitten on his leg in Port Alfred, South Africa while surfing. After some surgery he returned home. 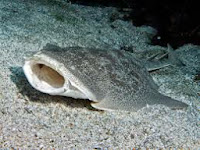 All of these attacks were tragedies and scary and painful for those involved. I am not suggesting that because shark attacks are so rare that they are not serious and important to the parties involved. They are also sometimes fatal. But across this vast world, only a handful of people have been attacked by a shark in the last month or so and all have survived. All were swimming in conditions that are considered by most scientists to place them at a higher risk of a shark attack- murky water, in the water with a shark's prey, and swimming early in the morning and during dusk. These conditions are much more likely to cause confusion to a shark and make him more likely to make an exploratory bite. Make no mistake, the fact that these people are still alive and pretty well is because the shark was not all together serious about eating them. The shark recognized that what he bit into was not his usual fare, was different... and possibly other explanations that I can not fathom- in a way I am anthropomorphizing too. :) This year there has been only one documented death which occurred February 3, 2010 to a man who was kite surfing in Florida. He died from blood loss due to the bite he sustained from a bite to the leg. 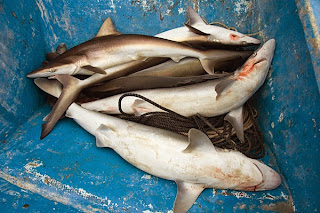 So while the majority of people believe that sharks and shark attacks are numerous and unpredictable, this is not statistically the case. In fact, in many ways sharks are very predictable. If you swim with seals or in schools of fish, then you are likely to be attacked. If you swim in dirty, murky water- especially when the sky itself is not bright and sunny, then you are at a great risk of a shark sensing your presence and becoming curious about what you are. It can not see you so it will check you out ...with a little bite. With the millions of people who use the oceans for recreation and for a livelihood, numerous is a vast exaggeration. In fact, there is some evidence that shark attack numbers are going down. Some scientists suggest that the numbers are going down due to fewer people traveling to beaches because of the recession. Others suggest that sharks have been hunted by humans too harshly and there are not as many sharks out in the oceans for human beings to intersect with. The numbers of many large shark species have declined by more than 50% due to increased demand for shark fins and/or meat and tuna and swordfish fisheries. (millions of sharks are taken as bycatch each year at these fisheries) Some large shark species have been estimated to have losses at over 90%. So sharks clearly have much, much more to fear from us than any of us do from them.

So when you go to the beach this summer, and look down at the water, before you jump in.... take a moment to remember your place in this world. Remember that Heavenly Father has given us righteous dominion over the land and the animals, but righteous dominion is no guarantee. Remember that we are visitors here (especially in the ocean) and that our Father loves all of his creations and all of his creations have a place and a purpose. Just as we do.
Posted by Badgerdown at 6:27 PM