History of a Song: July - "Put Your Shoulder To the Wheel" 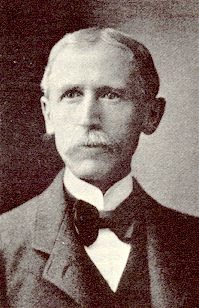 When the pioneers were crossing the country on their way toward the West Coast, most of the pioneers used various carts or other wheeled vehicles for their journey. The origin of the phrase “to put one's shoulder to the wheel” is a phrase that describes the work of leaning against the wheel of the vehicle that is stuck in mud out of a rut and using your physical strength to push the wheel ahead out of the hole, etc... Another way to describe this is “putting in a great effort in order to accomplish a formidable task”. The idea of a 'the shoulder to the wheel' is an ancient one and can be found in one of Aesop's proverbs called “The Tale of Hercules and the Waggoner”. The tale goes as follows...

A Waggoner was once driving a heavy load along a very muddy way. At last he came to a part of the road where the wheels sank half-way into the mire, and the more the horses pulled, the deeper sank the wheels. So the Waggoner threw down his whip, and knelt down and prayed to Hercules the Strong.

"O Hercules, help me in this my hour of distress," quoth he.

But Hercules appeared to him, and said:

"Tut, man, don't sprawl there. Get up and put your shoulder to the wheel."

The gods help them that help themselves

The author of these lyrics along with the music is Will Lamartine Thompson who was born on November 7, 1847 in East Liverpool, Ohio to a well off family. He began writing music while in his teens and he constantly took notes of any idea, verses, etc... that occurred to him throughout the day. He attended the Boston music school for a few years after reaching his majority and graduating from Mount Union College in Ohio. He then studied advanced music in Germany. He had always wanted to write music and so after many failed attempts at getting his songs published, he started his own publishing company. He wrote both secular and non secular music and he was known by his peers and neighbors as a quiet, good man. He was also known for his travels by horse and buggy from one small community to another throughout Ohio singing his songs to the individuals living there. He was also sometimes called the 'Bard of Ohio'. One of his hymns ( 'Softly and Tenderly, Jesus Is Calling' ) is believed to be the hymn that has been translated into the most languages.

He married Elizabeth Johnson and had one child – a son named William Leland Thompson. He was taking a tour of Europe with his family when he became ill and the entire family cut the trip short and returned home. He died a few weeks later on September 20, 1909 in New York City, New York and was buried in the Riverview Cemetery in East Liverpool, Ohio. By the end of his life, he had written and sold hundreds of songs and sheet music.

This is one of my favorite songs and my son has found a love for it as well. It is energetic and I sometimes use it as motivation for working when nothing else has really helped. Does this song mean anything to you? What images and emotions does it evoke in your mind?
Posted by Badgerdown at 2:04 PM