I can't believe it's been a year-and-a-half since I picked up Remus from the vet's office. The cat now known as Remus was a stray that had been hit by a car in Surry and brought to the local vet. He was in really big trouble and is lucky to be alive. Most cats who are hit by a car do not live to tell the tale. He is especially lucky that somebody noticed and stopped as the car that hit him did not. It was the car behind the car who hit him who stopped to help him. Instead of letting him go to the shelter to attempt to recover and be adopted he came to my house. 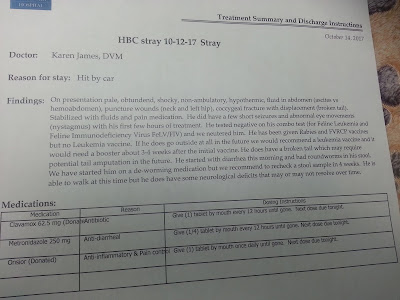 He has grown and healed over the last year or so. He is relatively healthy and happy now and gets along with all the other cats in the household. He likes to rest and play with a cat laser and loves catnip as well. He has problems with weight now as his metabolism isn't great from the accident. But he loves to snuggle and he stays very close to me when he can. I am also thankful for the few people who donated money to help with his vet bills when he was originally in need. Between a Good Samaritan fund and those donations from a Go Fund Me post I paid very little of his vet bills during this time. Those costs included his neuter and vaccinations and a tail amputation. 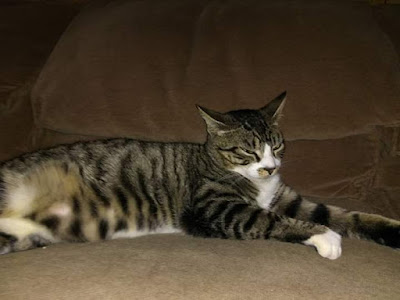 I am a lucky woman to have him in my life and I am grateful that I took the opportunity to say yes and bring him home. 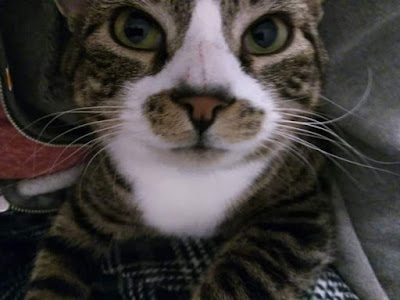 Posted by Badgerdown at 1:07 PM