Rape, Assault, and the Damage to Individuals and our Society 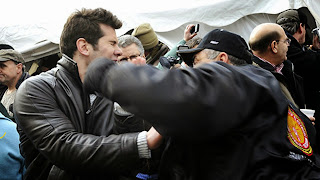 So, over the last few weeks, we have covered the basic ideas of what trauma and torture are, an understanding of how it affects the individual victims by causing PTSD and other medical problems, and how if affects and changes the actions of family members, friends, and caregivers. So it seems only fitting that this week we look at some of the most common trauma in our society as well as how it changes and impacts our society as well. Some of the most common forms of violence and trauma in American society is physical and sexual assault. Some studies show that the United States has the highest rate of homicide than any other first world nation (approximately 8.3 per 100,000 people) with the exception of the Bahamas and Ecuador. (Isn't that pretty interesting that our country holds itself up as a Superpower and the 'police' of the world, but we as a nation cause just as much harm to each other as we do to other countries... maybe even more. Something to think about when looking at American culture and what we like or want to change about it.) While homicide is at the extreme end of the spectrum of violence, physical assault is much more common place and studies show that a considerable percentage of our population have experienced physical assault at least once in their lives. Adolescents and adults are most likely to be assaulted and both African American and Hispanic populations have higher rates of assault/ homicide over other racial groups. 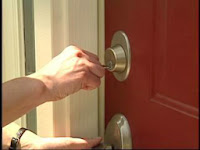 There are a few subtle and clear paths to see the effects of both physical and sexual assault of the individuals in our society... and therefore, the society as a whole. Studies show that people who have either been victims of crime or family members of the former tend to behave and think differently in a few aspects of their life. Some numbers mentioned in the text express this trend:

1. 36% of family members that have experienced criminal homicide become more careful about their personal safety.

2. 74.7% of people who have had experience with alcohol related vehicular death also admit to taking extra precautions to protect themselves from crime.

Another number mentioned was that 94% of emergency room visits in 1994 where the patient was seen for violence related injuries, the injuries were attained as part of an assault. In general, women tend to fear being a victim of crime more than men and so they restrict many aspects of their lives and their behavior based on that fear... but most members of our society have some fear of being a victim at some point in their lives and that is a tragic statement in and of itself. Victims of assault (whether physical or sexual) are more likely to develop and have problems with chronic health conditions such as pain, gastrointestinal disorders, headaches as well as other complaints. Other concerns are that these individuals receive more medical care overall, have non normal sexual function, and challenges with somatic symptoms that as twice as frequent as the general population.... as well as bulimia and low body weight. They are less likely to see their health in a favorable light, are more likely to engage in unhealthy behaviors such as smoking and substance abuse and see a future ahead of them that is bleak and devoid of good things. In fact, rape and physical assault victims as associated with the highest levels of PTSD among women when compared with other civilian traumas. 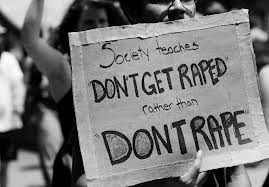 One paradox that I see in our society is that as a rule, the victims of crime are seen as a part of the crime and some blame is attached to them. If a women is raped, it is because of her clothing, her choice to have a drink, her choice of friends, whether she 'fought' hard enough, etc.... I think that we tend to perpetuate this ideal because it helps each of us to 'feel' safer- we don't wear those clothes, etc.... but it is also so embedded into our culture as a way of controlling people – mostly women and minorities- that we don’t even realize that we are doing it. One of the pharmacists that I worked with at one point said that a teenager who was killed was entirely to blame for her own death as she made the choice to go see someone she had only known online and she must have been stupid as well. I was horrified by the statement and nothing I could say to her would change her opinion. However, I think that the textbook worded the thoughts that I was feeling best:

“Predatory assailants, not victims, cause assaults, irrespective of any risk factors the victims might possess.”

“...Studies show that all victim's behaviors are of lesser significance than offender characteristics in determining the outcome of sexual assault...”

It feel pretty conflicting to realize not only how common rape and assault are in our communities, county and the world overall, but to also learn how much these acts cause such long term harm not only to the individuals affected but also to our society as a whole was pretty challenging for me. I hear the terms rape culture and see the way people of both genders react when talking about cases of rape or sexual assault. But to see a brief view of the ripples that these acts are causing across the society I live in is staggering. Even if all assaults both sexual and physical ended today and never happened again in America... it would be generations (if ever) before our society recovered because of the damage caused in the past. I wonder how many of my reactions are involuntary based on my past. I wonder how as people modify their actions and behaviors that we model for the future generations, if we can ever really lose those behaviors.

What are your thoughts? 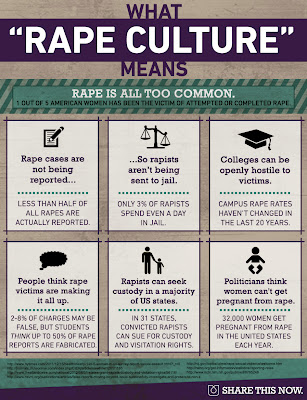 Posted by Badgerdown at 6:06 PM