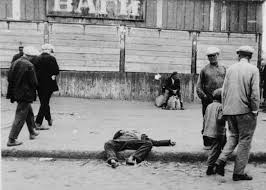 The Holodomor is the name given to the famine in the Ukraine in 1932-1933. The name means 'Hunger Extermination' and even today, it is not lawful to use certain words when describing it inside Russia – it's very existence was denied by the Soviet Union until a few years before the collapse of the government in the late 1980's. Estimates of the numbers of dead are variable due to the suppression of information available from the Soviet government and accessible to study, but a general consensus is guessed at around three million people. Adam Ulan, the director of the Russian research center at Harvard, estimates the loss of life at 5-7 million Ukrainians while other sources suggest that up to fourteen million may have died. (Clearly without more information that is unknown at this time, a more specific and appropriate number can not be defined.) Before this time, Ukraine was considered a part of the Soviet Union and was also starting to have a strong nationalist movement forming that was hopeful for independence from Russia and the Union. It was also at the death of Lenin in 1924 that Josif Visarionovich Dzhugashvili – more commonly known as Joseph Stalin- was able to cement his rise to power over Russia and its unified territories and gain full control over both the government and its propaganda wing, the Communist Party. Once in power, Stalin began a campaign of 'five year plans' to rapidly advance industrialization and modernity into the Soviet Union and its people. The first Five Year Plan contained provisions that removed the individual farmer from the control of their land making the land consolidated property of the state and forcing peasants/farmers to either move to cities and work in the rising industries or continue to farm on the new 'collectives' with new tools and rules. It is thought that the Stalinist government hoped to suppress and control the growing Ukrainian nationalist movement as well as individual support systems that could be used for revolt against them. These were the circumstances/national policies that set the stage for the coming famine and genocide. 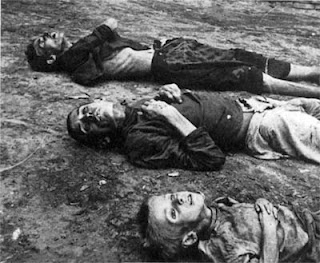 With the new policies of land appropriation, things turned challenging for people very quickly. Some of the more well to do farmers burned off their crops refusing to join the collective farms causing many farmers (also known as Kulaks) to be deported to concentration camps to die leaving fewer people to farm. They were also branded as 'enemies' encouraging both the official law enforcement and other citizens to 'liquidate' them as a class. A decree requiring production quotas was passed and so in most cases all grain and food products that were produced were taken by the government for export to gain money to increase the speed of industrialization... living little to nothing for the populace itself to eat. In fact, as the quotas were unable to be met, government representatives were sent to villages to look for hidden food- a true irony as they would walk past those dead or dying of starvation in their search for just a little more food to sell to Europe. 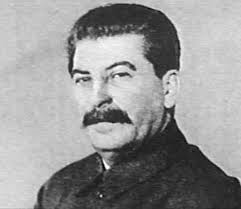 When the starvation became evident, it was seen by Stalin and many in power the result of the peasant's failure to work adequately within the new collective system. Examples of that way of thinking can be seen in the many accounts given by survivors. When a Chairman of the Village Soviet was informed of the many deaths that happened in a village in the county of Cherkasy, the chairman was said to have not wanted to believe the 'story', to object to the use of the word 'starved', and to say that the only deaths that could have happened were to the idle, the lazy, and those who refused to work in the collective farms who needed to be exterminated anyway as “enemies of the people”. Yet one observer during this time stated that peasants in the Ukraine had resorted to 'eating dogs, horses, rotten potatoes, the bark of trees, grass-anything they could find... and no matter what they did, they went on dying, dying, dying.” The writer Isaac Babel returned to Moscow after visiting the famine stricken Ukraine and he told a friend that some of the things he had seen were impossible to speak or write about including cannibalism. It seemed to be impossible for those in power or with a strong belief in the ideology of the Communist party to see that the policies of 'progressive humanity' could fail … it could only fail as a result of enemies from without and so the 'five year plan' and the system itself continued to move forward creating not only more death, but endless numbers of enemies would be created by the numberless individuals who were starving. Between the torture and death of his political opponents as well as citizens, Stalin can rightfully be called one of the most successful mass murderers in history.

During this time frame, the Soviet government strongly curtailed freedom of expression and used censorship to try and control the information that was able to be discussed. Many who spoke of the existence of the famine were imprisoned or executed and the official state talking points were of consistent denial that the famine existed at all. This strict code to denial went so far as to also refuse any food aid that other countries did try to send to the individuals in the Ukraine. Information that was given out to other countries relied on these particular talking points, and so even in the United States, Stalin's propaganda and misinformation of the famine was spread. New York Times correspondent Walter Duranty wrote during the crisis: “Any report of a famine in Russia is today an exaggeration of malignant propaganda. There is no actual starvation or deaths from starvation, but there is widespread mortality from diseases due to malnutrition.” 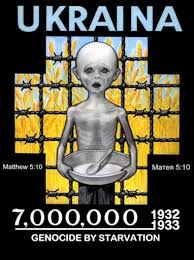 The changes that the Hunger Extermination brought to the Ukraine were far reaching and are still in work today. Initially, it destroyed the Ukraine's political leadership and also changed the demographics of the population between the deaths and the encouraged resettlement of other Russian ethnic groups into the affected areas. (Even the capital city of Ukraine had been changed from Kharkiv to the city of Kiev where it remains today.) It helped bring the separatist nationalist movement to the core of Ukrainian politics, history and identity. Any effort to have the Holodomor recognized by the United Nations as an act of genocide is heavily resisted by Russia and so the politics over the situation continue on into the current relationships of both countries; many other countries have acknowledged the Holomodor as genocide or as a 'deliberate act of famine' by the Soviet authorities. (The U.N. has recognized that the Holomodor was “a national tragedy of the Ukrainian people caused by the cruel actions and policies of a totalitarian regime.”) While this was certainly not the first major challenge that the inhabitants of the Ukraine had with Russia, it seems to have certainly caused the most pain and remembrance in large swaths of the population. In some ways the Holodomor is still a censored topic: when looking for sources for these writings, I found many books on the history of Russia and the Ukraine that mentioned the Holodomor only as a famine and in one or two short sentences... easy to be missed and forgotten. Other changes that have happened that now have international consequences due to this and other massacres committed or sanctioned by other dictators such as such as Mao Zedong in China, Augusto Pinochet in Chile and Pol Pot in Cambodia, is that the International Criminal Court has been developed and no longer (with some exceptions) allows national sovereignty to be the reason that dictators can commit atrocious acts against their own citizens. The system is no where near perfect, but it is much better than nothing.

We still have the challenges of censorship and genocide in our world today. Discovering how to combat it and use speech to attempt to not only right the wrongs that have been perpetrated but to also attempt to keep genocide and atrocities from happening is something that many scholars and individuals still debate today. How much secrecy can a government have and still allow full freedom of expression? How much openness can we have as a society and still have security? How much of either are permissible to be restricted to keep the majority of people safe, secure, and also free? It is a debate that I suspect will continue long into the future... as long as human beings continue to exist.

I hope you enjoyed... or at least learned something new. Not a topic that can really be enjoyed, is it....
Posted by Badgerdown at 6:38 PM