Fear and Loathing… for “Four Friends”


So after missing a week of class, I arrived last week feeling shaky and tired but, with a drink and tissues in hand and a computer, pen and paper in front of me, I settled down ready for another provocative evening of film and thought. I cannot say that isn't what I got.... ;) 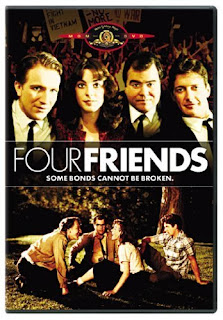 I cannot say that I liked the film “Four Friends” and I dearly wish that I could. At least I wish I could say something definitive about it.... whether I hated it or loved it or something. Instead I feel this mass of emotions that hours later I cannot seem to dispel. I feel twisted up and almost suffocated by the waves of them that flow over my thoughts and are buffeted by the winds of memory, hopes, dreams, and regret. Hours after I arrived home I found myself awake, restless and sweating... feeling the darkness close in as my eyes stared into the nothingness. Every attempt that I made to clear my mind was insufficient and only seemed to throw the distractions into sharper relief... causing even more agitation and restlessness in my heart. So, here I am, trying to empty the swirl of thought vomit in my brain onto the page in the hopes of some relief, some small amount of weariness to be allowed to enter my brain and slow it down enough for the oblivion of sleep to take over and allow the darkness to pull me into the deep. I was vaguely horrified by my reaction and to stay sitting and not to leave... to not walk out of the film and to go home... well, that was a serious amount of work. I am still not sure how I accomplished it. Within the first few seconds of watching Georgia almost literally waltzed onto the screen, I felt feelings of deep loathing and disgust. She appeared to be a character/ person with traits that I dislike intensely. I felt she had self-confidence bordered on arrogance and an immaturity that frustrated me. I saw her as vain, overly flirtatious, manipulative and even a little benign. And as I watched I was torn between my feelings of dislike and a growing amount of dismay as I started to realize that I didn't like her not only for the 'legitimate' reasons, but I think I also didn't like her because I saw some 'parts' of her that I felt were mirror images of some of the things that I hate in myself. And so, as I sat there loathing her, I realized how much I really loath myself. How I want to be pretty and I'm not. How I want to be liked and to be wanted by the people that really matter to me... and I am not. And how I would love to be able to enjoy things more... and I can't. And I could see her confusion and her hopes and her dreams written all over every aspect of her being... and I could feel my confusion in my youth. I could feel the dreams that I had to be loved and to have a wonderful normal family and to be me... to be cared for as myself even though I am eccentric and I have too much energy and I speak without thinking and I also think a bit too much of myself. I worry about whether I am accomplishing enough and what other people think and all sorts of stuff! So watching Georgia and her behavior was a bit like watching a distorted image of myself and things I wished I was brave to do or feel comfortable doing... and feeling jealous. And feeling angry because I want so much and I can't have it whether I'm good or bad or anything. It's like nothing I do that's right and nice gives me anything positive at all... except the comfort I feel from doing it. And then I feel scared because I think that I am running from life too and I'm not sure that I feel like I want to find it but I don’t want to feel like I've wasted it either. In essence, Georgia is a spitfire... and I am conflicted about them. 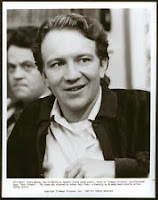 Danilo was a very interesting mix of a person and I found myself drawn to him even as I was repulsed by Georgia. I thought I could feel his fear of her and any relationship with her but also his extreme hope and love towards the America that he saw and wanted to exist. He wants a better life than his father has and is frustrated that his father seems so unhappy and doesn't want to better things. As he says, “There is college...” and his father states, “Not for you. In America we work.” His father also says “I'm tired and I have to go to work – that is America.” I heard that line and I can't even express how often I have felt that way. I think I have just thought the ending slightly differently... In my mind, I think “I'm tired and I have to go to work – what else can I do. I'm an adult and I must eat or die.” This is a very different viewpoint than the romantic and fairly extreme viewpoint that Danilo carries in his heart. Danilo is also a bit too honest and speaks his mind and his heart to his detriment. His mouth is both a blessing and a curse as it brings him happiness and a lot of pain. His every word holds so much meaning – when he looked at his father and said ' Dada” … you could hear the hope and joy and 'feel' what that meant to him. That one word became a complex tapestry of images and emotion as we look at his young face. 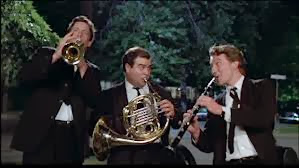 His friend David was an interesting mix as well. He is overweight and seems to understand life a little more - “between chromosomes and tradition, what else can I do.” He is easy... easy going, easy to lead, easy to love, easy to leave.... easy to forget. And he seems to know this about himself. So he is quick to laugh and think good thoughts of others and worry... sometimes too much... most of the time not much. And Tom.... well, I didn't feel anything much about him at all. I do not feel like until the end of the film he fleshed out much as a character at all. He didn't seem like anything more than a colored shell until he came back from fighting in Vietnam. The funny thing is that I do not feel like he changed that much... but he did in the sense that he seemed more grounded and his character felt more real. I am not sure that I ever really liked him... but I didn't dislike him either. He just seemed like a decent boring guy by the end... isn't that how most of us turn out as adults. :)

And so the movie finally ended. I could still hear the scream of the saddened and distraught mother... who is no longer a mother... and the wife... who is no longer a wife... just a woman. “I don't really know what to do with that word.” Sadly, I am almost in the same situation and I do not know what to do either. I can still feel her loss and her grief and confusion and I can claim those emotions as my own. I hope that someday I will not understand her grief as well as I do now. And I hope I am not offensive if I admit that I never, ever want to watch this movie again. I want to let the images and emotions fade so that I can continue to heal from my past. I want to forget. 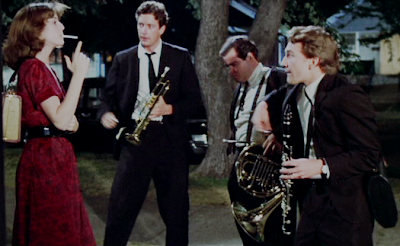 Posted by Badgerdown at 6:30 PM