Things to Smile About


I'm trying to recover from a gluten exposure this week. I hate the way that my body feels as it tries to heal up because everything feels fragile and weak or doesn't work well. I lose most of my desire for food and have no desire to do anything but remain stationary. For the most part, the option of doing nothing really isn't a viable choice so I try to accomplish the minimum needed so that I am able to give my body the rest it needs to heal up. So today I did some needful errands and chores as well as paperwork and have tried to intersperse restful behavior throughout. Settling down to rest sometimes allows me to really look at some of my 'favorite' things and enjoy them for what they are... instead of just a quick glance as I head off or out to do something. Here are a few of them. 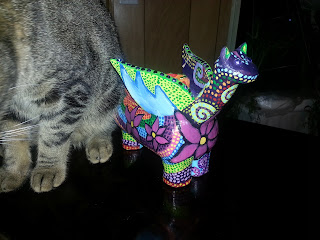 I got this really cool dragon from a Value Village in Seattle. I had been shopping with Shaneen and Katey and I can't remember who suggested that 'who doesn't need a cool dragon in the house'... but I decided I did. Bug loves it and considers it his and as it gets moved and carried around enough it is starting to break around the wings and ears. But I can't help but smile every time I look at it. Its a pretty cool piece of work and I wonder who made it and how they managed to let it go. 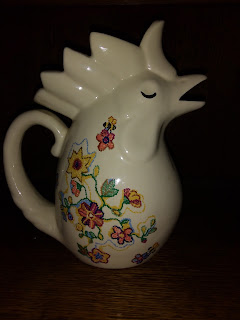 I love this vase. I'm not sure why specifically, but I love the way it looks and I always smile when I look at it. Daisies are my favorite flowers and they look great in it and each emphasizes the beauty of the other. I have no idea who made this vase, but it's pretty awesome. 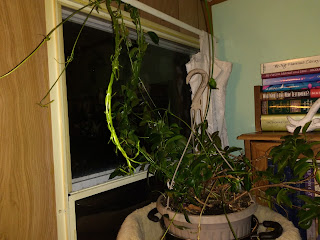 I love houseplants. I got this one when someone left it in the free room at the transfer station and I happily scooped it up and brought it home. I got it last fall and it had a pink flower or two but almost no leaves. I tried to water it and coax it into growth and got absolutely nothing... just a few leaves that limped along on the stems throughout the winter. This summer I made sure the plant spent a lot of time outside and it developed lots of leaves and several flowers, but as fall came it still didn't have the 'hearty' look I had hoped for. So I have fussed and worried about it concerned that it might struggle to survive this winter as well. However, while the flowers are gone, all of the remaining leaves have stayed on. not only that, but soft slim tendrils are stretching up my wall to wrap around the curtain rod. Just seeing that brings a large smile to my face.It is still a bit 'awkward' in how is it growing and in appearance, but I see that as a metaphor for life and enjoy it anyway. 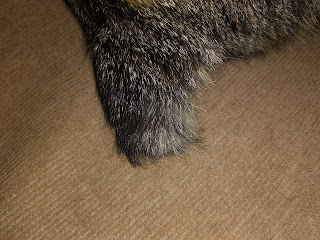 When Remus had his tail removed, the stump looked naked, tight, and weird. It looked a bit indecent and watching him 'wag' it was hilarious and appalling all at once. I remember telling Katey that I hoped he managed to get some of the hair to grow back onto it so that it was 'less' difficult to look at. Today, Remus sat by me hoping for as much attention as he could get and I got a really good close look at his stump... and it is beautiful. The hair has grown over it and the stitches are starting to fall out as everything heals. (Purple stitches on dark black skin looked a bit odd as well.) I am so glad that his tail matches the rest of him now and when he wags it the tail looks like a part of him instead of something stuck on with glue. 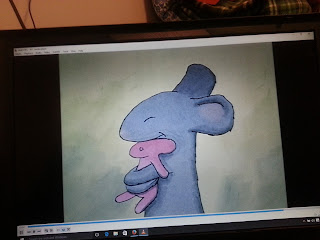 I found myself thinking of the film 'Picnic' today. I love the story and the images so I pulled it out today to watch. Its only about five minutes long and it is for children, but I love it and find it restful and fun to watch all the same. I just want to hug the little mouse when he finds and hugs his doll. It's a sweet peaceful film to enjoy.


These are the main things that brought some joy into my life today. I intend to spend what little of the day is left with a book by one of my favorite authors.(She must be a favorite- I've named a few cats after characters from her novels. Cyril is the most recent animal to share the name of the cat who annoys Racer in the police station although my Cyril is much more calm and docile than his namesake in the novels :) What did you enjoy today? 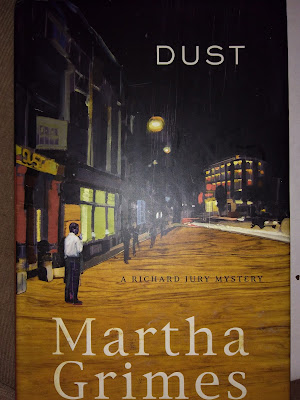 Posted by Badgerdown at 7:00 PM