...Here are some examples:

North Carolina had a sterilization program in place from 1929-1974 in which approximately 7,600 individuals were sterilized with over 70% of those coming after 1945 when the program expanded after World War II. One unique aspect of North Carolina's laws was that they were written allowing people to be recommended for sterilization by doctors, social workers and other government employees they dealt with in their communities and homes. About 85% of those referred for sterilization were women. One guideline for sterilization was if a person had an IQ of less than 70. In July 2013, the state set aside ten million dollars for compensation to the verifiable victims of this program of which approximately 3000 are thought to be still alive.

In the 1950’s, black women in the south became targets of forced sterilization via tubal litigation or hysterectomy, commonly referred to by women as “Mississippi appendectomies,” because women entered hospitals to have abdominal surgery and left unknowingly without their uteri. In 1972, testimony before a US Senate committee brought to light at least 2,000 involuntary sterilizations that had been performed on poor black women who were mothers with multiple children. They were usually told that their appendix needed to be removed and were sterilized at that time or at the birth of a child, especially if the women was unmarried. There is evidence that many women may never have known why they couldn't conceive. 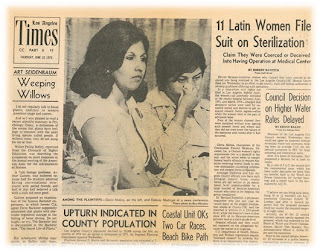 Forced sterilization practices changed and were focused on specific populations in the late 1960’s and early 1970’s through newly established federal family planning programs. Mexican and Mexican-American women were coerced or tricked into forced sterilization at the Women’s hospital of the University of Southern California- Los Angeles County Medical Center. Public concerns that the rise in Mexican immigration was overpopulating the state and purposely expanding state welfare needs was high. The idea that women became pregnant and then worked their way across the American – Mexican border to give birth and give themselves and their new family a secure financial benefit through the various welfare programs available is still an active concern in our present political climate. There is no known number of how many involuntary and coerced sterilizations there were before the federal class court case Madrigal v. Quilligan - a lawsuit brought against a hospital and their doctors by some women who discovered their unwanted sterilization. However, statistics show that elective hysterectomies had a 742% increase and tubal ligations a 470% increase within a two year time frame. At least 140 women shared their stories of being forced to agree or not being given any kind of informed consent at all. Some described situations that can only be described as blackmail. i.e.; I will not give you pain medication to finish your labor and delivery unless you comply. The lead defendant in the court case, Dr. Edward Quilligan, was quoted by a medical technician as stating, “poor minority women in L.A. County were having too many babies; that it was a strain on society; and that it was good that they be sterilized.” The plaintiffs lost their case, but the case did change and created stronger informed consent rules through legislation in California including bilingual language on the consent forms. 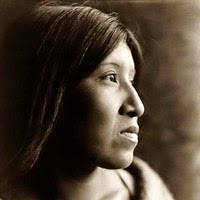 In 1955, the federal government changed the way that health care for Native American populations was provided. Depending on many factors, the quality of care throughout the Indian Health System varied considerably due to individual facilities, staff opinions/prejudices, and changes in 'coverage' due to Congressional appropriation hearings and decisions. These changes had some significant benefits as the new program was much better funded which helped increase services and decrease mortality. Another potential benefit which was added was the provision of family planning services. On reservations, Native American women became targets of physicians employed by the Indian Health Services who believed that restricting these women’s reproduction would reduce their poverty and dependence on the state. Through the 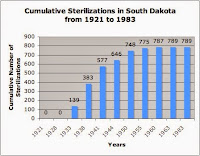 sharing of stories, complaints of coercion or harassment, and from research and interviews preformed through investigations, it is estimated that IHS hospitals and their affiliates sterilized between 25 and 42 percent of all Native American women of childbearing age between 1970 and 1976. Even with mandated changes requiring informed consent, added waiting periods and added safeguards, in 1974 more accusations cropped up that IHS staff in some places were not following the new guidelines and questionable sterilizations were still taking place - almost all subsidized with federal funds. Evidence shows that these types of experiences not only changed the relationships between Native Americans and the government/Indian Health System but also caused significant changes in an individual’s life and their standing in the community, as well causing economic and familial harm- some marital relationship were also severed over the procedure. In 1976, Congress passed the Indian Health Care Improvement Act which gave tribes the right to control Indian Health Service programs and there is no evidence that inappropriate sterilizations have happened after that time. 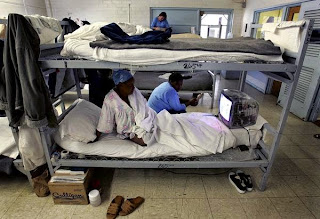 In case we believe that our society’s beliefs and behavior has changed since the late 1970's, we have other more recent examples. In 1909, California was the third state to pass a eugenics sterilization law and over the years had sterilized around 20,000 patients or around 1/3 of all the sterilizations in the country. That law was finally repealed in 1979 after a lawsuit by several women who had been coerced or forced into their own sterilizations. Yet, at least 148 women incarcerated in four California prisons were illegally sterilized in the years 2006-2011 costing the state $147,460 for the procedures. One of the physicians, Dr. James Heinrich, has stated that the practice of sterilizing female prisoners saves the state money because the patients would no longer have “unwanted children as they procreated more.” Auditors found in those cases that sometimes paperwork was altered to look like compliance with current laws was achieved and in many cases, no informed consent was attained. On September 25, 2014 California Governor Jerry Brown signed a bill prohibiting forced sterilization in the state. 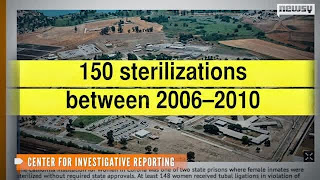 That the United States has not been able to shake the ideas and prejudices that informed and created the original Eugenics movement. Today eugenical ideas and procedures are still officially permitted. Voluntary sterilization for therapeutic or for reproductive reasons is a great blessing for thousands of people and should be accessible for those who need it. However, its availability gives eugenic proponents the tools they need to pressure individuals to give up their dignity and human right to reproduction. Some women may lose that right without being told of the procedure or are given false information such as it is reversible. There is even incidental evidence that federal money is being spent on experiments and science that are clearly eugenic in nature. In the end, eugenics is still very much successful in America. I am aware that I personally fit several of the ideals for eugenic sterilization –I am so myopic I am considered legally blind, suffer from celiac disease, and have two other severe medical issues as well as PTSD, and severe sensory/ anxiety issues. I have given birth to a child that also has problems with celiac disease, has sensory problems and had seizures for seven years before outgrowing them. And yet, my son is a wonderful human being and he is well liked in his community. He is smart and compassionate in spite of his disabilities and my life wouldn’t really feel worth much without him. I have chosen to not have any more children and being able to make that choice for myself is one of the most wonderful things I appreciate in my life. I am hopeful that as society recognizes the individual worth of all individuals, may the concept of eugenics pass away… and rest in peace. 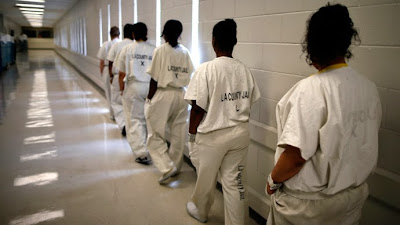