Our Debt to the Enlightenment... 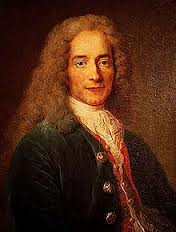 So, I was sitting in class this week and we were asked what we were thankful for in our lives that is directly a result of the Enlightenment. I was very surprised when I really thought about it and realized that I am so blessed as so much of my life and the things I take for granted can be traced back to the philosophes and the time historians have titled the Enlightenment. I know that I am able to do many things and even go places safely because of the humanist ideas, etc… that came about during this time. I figured I would take a moment to mention a few examples that came to my mind. 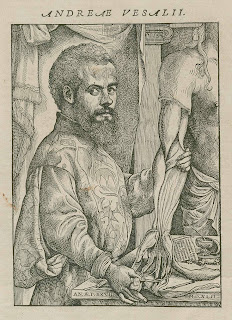 One example is medicine. I was premature at birth and only weighed around five pounds. I had breathing problems and was ‘slow to thrive’. I am now a happy healthy adult that is too hyper for many and for the most part I don’t have reminders of my feeble beginning. If I had been born in the 1600’s there was some understanding of the human body, but the understanding of how the body itself was really formed and interacted with itself was only discovered and really started to develop during this time. My lung challenges alone would probably have been my death warrant because so little was really known. As a celiac, I would have had a very limited life because this disorder is really a disorder where the body attacks itself in the presence of unacceptable proteins and these sorts of complicated chemical reactions and transactions in the body are still being discovered today- during the Enlightenment they were just beginning to understand the existence of these reactions. Also, chances are that food itself would have been an issue for me. If all I could eat was bread, then I could eat it and feel sick… or starve. Not too many options there. If I was sickly I would be less likely to survive to adulthood, much less likely to survive childbirth and, as evidenced by my beautiful son, my children would be prone to medical challenges as well if they were able to survive. I take for granted that I can have a quite variable diet and can find food that I can eat almost anywhere that I can afford and enjoy. I also am able to have medical treatments that were only a dream forty years ago, but wouldn’t have been possible without the desire and work of some many people –mostly men, but women shouldn’t be ignored- during this time. 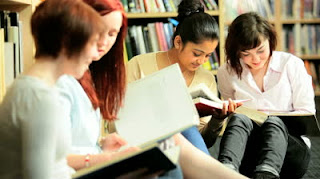 As a woman I can attend school, I can own property, I can become divorced or married as I please… all ideas that came about or started during this time frame. During this time, voting rights for more than just the elite began to be discussed and I can –and do- exercise my right to vote whenever I am able (much to the consternation of my extremely conservative parents… They still can’t figure out where they went wrong) As the writers and elite of this time became more humanist and allowed boys of all families to be able to look at education, it allowed for the doors to be opened wider for me. I can walk down the street wearing anything I want (almost) and I do not worry about being jailed, beaten, or even killed for my ‘audacity’ or ‘promiscuousness’. I can chose a religion (or not) based on my conscious or the voice of my own mind and heart, and not on the particular law/government/church in power at the time. Heck, I can study science in a room of my peers of both genders. I can have a nontraditional job for my gender- and while we definitely still have challenges with that it our society, it certainly is much more possible!

I think the thing I am most thankful for impact wise is the ability to question anything. To be able to ask questions about my environment, people, topics of all sorts… and not only be physically safe but have conversations and be able to form my opinions through study, observation and my own moral guidelines. Before the Enlightenment, as a woman, I didn’t have a lot of options for what I could do with my life. I might get more options if I was wealthy and had an understanding husband (because I would probably have had to have one to have continued to have more options), but those options would have necessarily been limited by the facts of percentages. After all, very few men were wealthy and as women could not own money or property with very few exceptions, only women married to wealthy and ‘tolerant men’ could have had more options for their lives. (And even then, their options were still limited in comparison to the options I now have for choices in my life.) At least once a week, I can have a conversation with a friend of family marriage on something difficult; gay marriage, human rights, universal health insurance, discrimination of women in the workplace, what is modesty, etc.... I enjoy them and I can have them and agree or disagree appropriately as I see fit and learn, think, and study out what was said. I would really feel like my life was incomplete with out that aspect of conversation in my life.

When you look at your life and look back at all the changes that came with that time frame, what are you most grateful for? What things changed that you don't see as benefits in your lives? What do you remember about the Enlightenment from your past classes? :)
Posted by Badgerdown at 1:20 PM