So this semester I am taking three classes; two online and one in classroom. I usually always only take on line classes but I still needed a fine arts elective and funnily enough... very few of them are online. ;) So I signed up for a class than analyzes the American culture and way of life through film. Already, I am a bit surprised. My first surprise was I thought that it would be pretty easy- I analyze books with very little trouble and even though it's a writing intensive course, I love to write so I figured I was pretty set. To my surprise, I was quite wrong on a few levels. 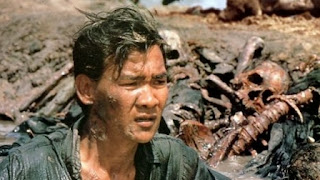 To start, movies are a bit complicated for me. Don't get me wrong- I do like movies- but I am actually very careful what I watch. I was exposed to 'war' movies and horror movies when I was quite young by my mother and I still sometimes have horrible dreams of those movies. (One specific scene I see a few times a year in a thin, small Asian man walking through a field of bones with fear and resignation on his face... not a pleasant scene) If you want a true irony – I love history and most of my 'fun' reading books are history nonfiction, but I do not watch too much on that topic at all. I don't tend to watch the History Channel period – I call it the war channel- and while I have a huge shelf of documentaries at home, none of them deal with war. Most movies I do watch tend to be documentaries (usually nature or science), comedies, as well as books turned into movies. My favorite movie is Pride and Prejudice for drama and Pink Panther (the older ones) for comedy... My Uncle Dee introduced me to those! So actually watching war films for three hours in the first class was very challenging for me. We watched two documentaries; one hasn't even been officially released yet but my teacher has some pull with the producer. That particular one is called “Nazi's Attack America.” It talked about the spies that landed in Hancock, Maine during WWII and reminded me of my friend Sarah Drew who first told me about the spies and their capture. She died about five years ago at 88 years old, but I loved listening to her stories of the depression and the war in Maine. It was interesting to look at the mug shots of the men that I have heard so much about in my past and to learn that one of the spies comes to Down-east Maine every few years on vacation. I also didn't realize that the war could have continued on longer- I thought Germany pretty much had nothing left at the end, but the documentary made clear that they were still well equipped navy -wise and if a different man had been in charge, this might have been different (or at least the war would have dragged on longer.) On NPR a little over a week ago, the reporter mentioned that Hitler's last bodyguard died. (I think he said the gentleman was 91.) The reporter quoted the man as saying that Hitler 'was just an ordinary nice man.' While it is not comfortable to hear things like this, especially to those who have turned the image of Hitler in their mind into an unforgivable demon, I think those things are so important to hear when people thing them because it confirms to me he (Hitler) wasn't so abnormal... we each as human beings have these inclinations in all of us. Anyone of us could do the same thing if our situations were different and we have to actively fight the darkness in ourselves to not perform these atrocities. Scary, but good to know!

I was very intrigued by the documentary “The War” directed by Ken Burns. It felt very comfortable for me to watch because it really did focus on the individual human element. Dates and occasions as history do not mean as much to me because I do not believe they tell much of the real story. I am very interested in watching the whole thing and watching for a cheap copy... Anybody have one they don't want? :) It really looks like a great film. I was nervous when it first came on the screen because I thought it would be like “Platoon” or “The Killing Fields.” I was genuinely pulled into the story. So I am hopeful that I will get to see the rest of it at some point and I do highly recommend it from the sixty minutes I saw! 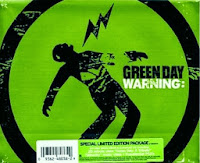 There are some movies that I would be interested in seeing that I highly doubt will be in the class. I am interested in the Sweeny Todd film directed by Tim Burton (he's a favorite of mine) and I am also interested in some of the classics as I have seen very few. I am guessing that the class doesn't touch music videos either (according to the syllabus) but I will admit that I am starting to really look at the videos that I play when I run on the treadmill. One song that has started to really intrigue me due to the video is called “Warning” by the group Green Day. I feel like I find something new in the video every time and I am starting to enjoy looking at a few others and trying to see the art and the message in them. Some do not seem to have much, but I've found a few lately that I have enjoyed. :)

So.... What movies are you hoping to see soon? What are your favorites? How do you think movies can express the culture and values that we live in? I would be interested to know how you view and use them in your life.... :)
Posted by Badgerdown at 5:45 PM