My Thoughts on our Military Entering Syria.... 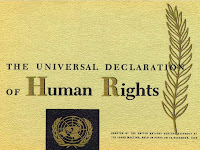 One of the classes that I am currently taking is called Human Rights Violation: Torture, Trauma and its Effects on Society. I took this class because I thought it might be really interesting to really learn about how challenging and how people are affected by this treatment or affected by and/or deal with witnessing it, etc... In my first reading this week, I found that two sentences really stuck out and I found myself reading the paragraph that they were 'embedded' in and ask your thoughts on them.

The first sentence is: “The US Declaration of Independence state that “all men are created with certain inalienable rights” and makes the case that a people can reject the authority of a government that violates those rights....”

The second phrase is: “Thus, a major focus of human rights law is not only to describe rights that are legally protected but also to prohibit actions by governments that violate such rights...”

So I was hoping for your thoughts on them. When I read these two sentences, the thoughts that came to mind were actually on Syria. I was against the Iraq War and going into Afghanistan, but I have shocked a few of my friends when my pacifist non-violent self admits that I feel we should go into Syria and help. I know that my opinion on both equations is the opposite of what statistics showed of public opinion in 2011 and today. Yet when I was reading these two lines, I realized that these are my thoughts on the issue stated more clearly than I knew how to express. In Iraq and Afghanistan, the need for military intervention was not clear and diplomacy and sanctions and other methods probably would 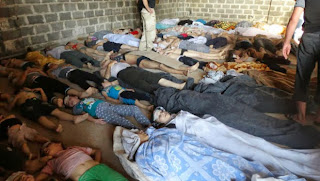 have brought these countries more in line with human rights and would have improved the lives of those living there. As those governments were only breaking these rights mainly legally (according to their laws), I don't feel like we were likely to change them... and it doesn't really appear that we have made any changes except for who is running the country. In many ways I believe we have left these countries worse off and more likely to have severe human rights abuses without recourse. The people of Syria have been trying to get more rights for over two years now and have been fighting their government with everything as they have 'rejected the authority of a government that violates' their rights. We have 'in theory' been trying diplomacy for two years as well without success. The Syrian government has now used a weapon that single-handed killed over a thousand people- many of whom couldn't have really been fighters or a threat to the government – I'm thinking of the children. So if we as a nation believe in the later quote above, should we not attempt more wholeheartedly to stop these prohibited actions...? 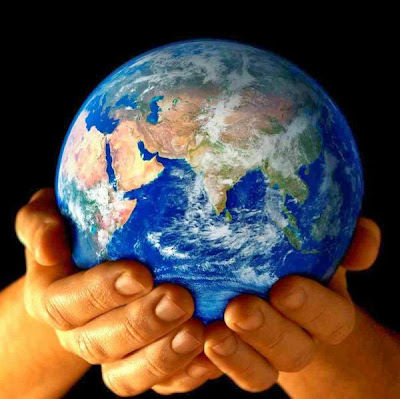 Posted by Badgerdown at 6:41 PM