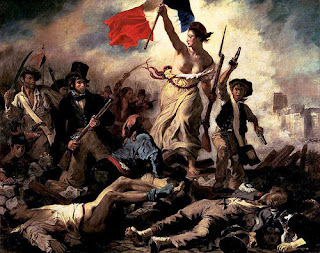 Living in the time and space of a revolution is always a dangerous business. There is the difficultly of picking the right side (which tends to be the winning side), surviving through the death, destruction, and mayhem... and of course figuring out all the new rules and changing your lifestyle and mindset to suit. However, some revolutions last over a period of time that allows the combination of anger, fear, desire for change, passion and blame to spiral into a level of violence, death, and fear that is more than the average war, revolt or revolution. I liken it to a small candle, beautiful and glowing in a light wind on a dry night... and then you throw a few gallons of gasoline on it- not a good idea! :) This was the path that the French Revolution took in the desire for 'Liberty, Equality, Fraternity.' The candle was lit and gasoline was poured on slowly until the inferno was difficult to control. I would like to analyze the process by which the French Revolution became so radical that, as the saying goes, it “devoured its own children.” 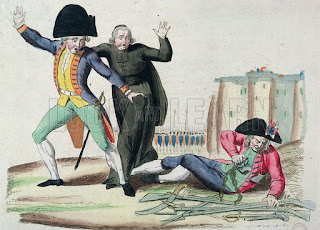 If the process of radicalization must be described in two words, it would be 'fear' and 'anger.' And this emotion touches over all aspects of the revolution causing more and more extreme reactions. While some historians have blamed Enlightenment writers (or 'radical critics' of society) for some of the more extreme behavior, modern historians see these works as only a small piece of the puzzle. Another piece of the puzzle is governmental censorship. In France, censorship was a bit more lenient than other countries and so many documents could be written that criticizes the government... as long as nothing was named and it was discussed as metaphor. This got the majority of French readers studying and discussing 'forbidden' topics which also helped radicalize the very thoughts in the heads of the populace. Paris and the country of France were really at the heart of Enlightenment thinking due to some basic differences between France and the other states of Europe- some differences include religious differences (France had more control over the Catholic Church in its borders than other countries which interesting enough caused only the most extreme and radical forms of Protestantism to come to France), class differences (France was more stratified in class than other European states and the stratification was beginning to weaken and crack), censorship, etc... 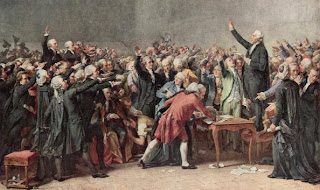 When the nobles pressed the king to call for the Estates General to assemble, about 1200 deputies arrived in Versailles for the event. Some of the deputies were already radical and were articulate on the wish for a huge transformation of public life. Deputies from the Third Estate were fearful that they would have no say due to the tradition rules of voting so all members of that caucus as well as a few members from the other estates joined together to stop any discussion unless the the voting rules were changed. Fear of the Third Estates actions by the monarchy and the nobles caused King Louis XVI to lock out the rebelling deputies. Anger at the king's response caused the outside deputies to get together and swear to not leave or be sent home until they had helped France get a new constitution. The delay in getting a new constitution and agreement at the National Assembly caused unrest and frustration in the rest of the country. This frustration bubbled up and with some unknown event, riots broke out and within a month or two, the famous 'storming of the Bastille' in Paris... and the revolution had begun! Riots and uprising in other cities forced local officials to follow the wishes of the rioters... not the king. Royal authority, once it began to dissolve, diminished quickly and the National Assembly held a special session to abolish feudalism and do away with all privileges from that institution. They also wrote the Declaration of the Rights of Man and Citizen and set up a constitutional monarchy. Violence would continue as the 'extremes' in the country continued to mistrust the other extremes- Catholics against Protestants, peasants against nobles, etc.... And as violence was 'accepted', it became acceptable. As with all boundaries in life, we as humans push those borders of acceptable behavior... and when a boundary falls, we are more likely to push against the next boundary if we do not acknowledge that a boundary has disappeared. And so, violence not only happened more often, but became more brutal and almost inhuman (the September massacres entered my mind as I thought about this.) 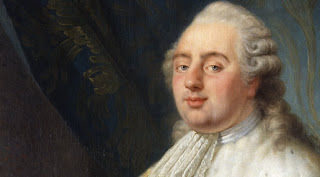 King Louis XVI tried to run with his family to another country to safety, but was unsuccessful. This action broke apart the constitutional monarchy and was the beginning of the end for the National Assembly. Election brought in more of the bourgeois members and fewer nobles and those new members were more likely to want more radical reforms. As more people started to feel that the revolution hadn't actually worked and started pro-royalists groups as well as counterrevolutionary agitation in public, both sides became more and more polarized. The Revolutionaries became fearful of the future of the revolution itself and moved more to the fringes. Unrest in the country stepped up, the National Assembly voted to declare war on Austria, and so any internal descent was now seen as treasonous. Emergency measures were set up, and a new form of government was born called the National Convention. The King was put on trial and the decision to execute him was made- by executing the king, the convention was making a clear statement to the opposition... there was no possibility of compromise. The Montagnards ruled in the Convention, Maximilian ruled the Montagnards and after the development of the Committee of Public Safety... the Reign of Terror had begun. The fear, passion, and anger that the revolutionaries in the National Convention felt towards anyone who might possibly be against the Revolution was focused and turned against the perceived enemies of the state. Anything, any disagreement or difference of opinion could be seen as treasonous... and it is now that the revolution began to 'devour its own children' 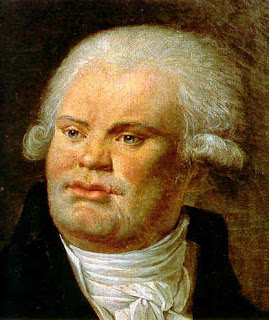 In the country, there were many counterrevolutionaries in different cities.... and many people who were tired of the violence, hungry and wanted things to go back to a better space. But at this point, the revolution had lost control. In the National Convention, the Montagnards led by Robespierre and another highly ranking member Georges-Jacques Danton had a difference of opinion. Danton was one of the original revolutionaries and was considered quite the hero, but he was too moderate in the end. He gave a speech in favor of ending the terror and restoring regular legal and civil procedures in January 1794. This disagreement cost Danton his life one month later and gave us the quote mentioned above: the full quote is “the Revolution may soon, like Saturn, devour its own children.” No one was safe once the revolution was out of control and Danton and many of his followers were only the first of the 'children' to be fed to le guillotine. Ironically, Maximilian Robespierre's death on the guillotine was one of the few things that ended the Terror... and help stabilized the revolution and its violence a little bit. 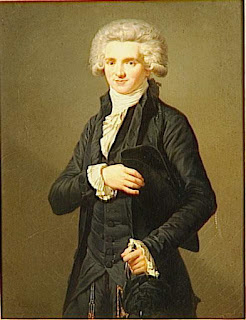 There are quite a few ironies that can be found in the study of the details of this long event. The largest irony is that this movement which was begun in the name of freedom and individual liberty caused so much death and destruction. Another irony is that Maximilian Robespierre, who was an intelligent, passionate advocate of human rights... could have become the main advocate of the Terror (which caused such a large amount of unnecessary bloodshed.) While some things did change for the better, this period of time was a time of fear, anger, terror, passion and bloodshed. Until the rise of Napoleon Bonaparte, it would continue. 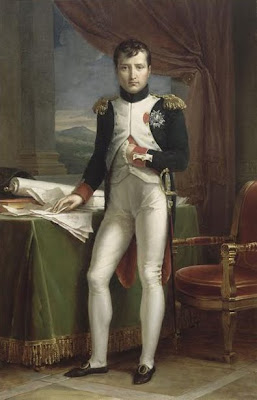 Posted by Badgerdown at 8:44 AM