Attila the Hun and the Rise of the Catholic Church... and a Touch of 'Vandal-ism' 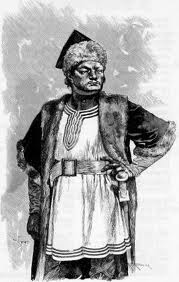 When the Huns and the Vandals came upon the Roman empire, a few changes had happened from the beginning of the Empire. The Roman empire had been too large to control between one person in the form of an Emperor and so it had been divided into two sections – the Eastern empire and the Western empire. Rome had also changed its major religion and the pagan religion had fallen slowly from the top of the heap to be suffocated by Christianity. The Huns offered other groups the opportunity to live in a society that was similar to the Roman past of a few generations previously. They offered a society that was rich in wealth, militarily strong, and a culture that still worshiped Pagan gods without harassment or trouble. It seems that the Huns could be seen as a different political group than the Romans and charged no taxes. So many people and groups would join this 'anti- Roman' alliance even though this lifestyle was tougher in theory. It is beginning to be thought that there was no actual “Hun Nation', but there were groups of Huns... and so you could join the 'group' but it wasn't the same thing as the leadership under the Roman empire (it sounds sort of like converting to Judaism... it gives you a new culture and lifestyle, but not necessarily a new land. However, if you were already pagan, then the Huns allowed you to practice the religion that you had been practicing anyway.) At first, the Huns lived peacefully in the lands near Rome and in Rome. Sometimes, Roman officials would pay for the use of the Hun's military groups in their own boundary battles. Under the reign of Attila the Hun, this relationship changed and this leader used the Hun armies to devastate and take power of many cities in the Eastern part of the Roman empire... causing 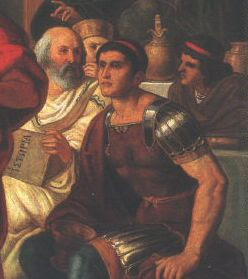 enough devastation and fear that the Roman leaders agreed to pay Attila the Hun 150,000 solid gold coins a year if he would stop the military campaign. This gold payment kept Attila as the leader of the Huns and he used the gold to pay his armies and warriors and to also help his groups and their cities/civilizations thrive- Attila had developed a system in which he could profit from Rome whether they were at war of peace and he depended on the constant supply of Roman gold. Attila took great care to stay out of the Roman empire and he took great pains to keep his people out as well. One Roman diplomat, Priscus, was sent to negotiate with Attila the Hun at one point and he has given us a good description of the Hun court. 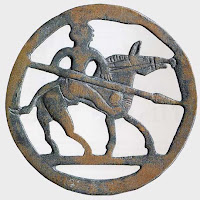 His description included his difficulty in actually finding the Huns because of the 'one hundred mile dead zone', a camp that was surrounded by polished wood that was clearly for decoration and appearance, wonderful feasts where individuals drank out of gold goblets and used silver plates (although he states that Attila used wooden dishes and that Attila seemed to be a soul of 'temperance'), and the enclosures had bath houses. Attila also unmasked a Roman assassination plot and instead of killing the individuals that were involved, he gave them their freedom and sent them back to Rome. 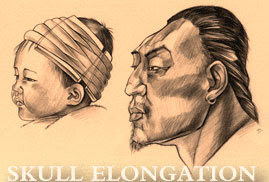 There is some evidence that members of German tribes imitated the Huns in their culture. In a graveyard that was found in Hungary, many bodies were found that 'looked' like the bodies of Huns due to the elongated heads, but all the artifacts and evidence around the bodies was German. This evidence helps to suggest why we cannot find huge areas of Hun artifacts... as the culture and society of the Huns was assimilated into the groups who already lived in the lands they conquered – in this case the Germans. In essence, the Huns didn't slaughter everyone around them and built up their groups by assimilating nearby groups of people that were willing and interested in joining- Germans, Goths, Iranians and even disaffected Romans. 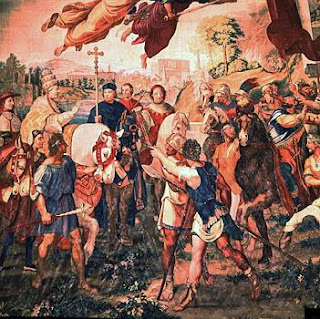 Attila the Hun, after finishing up with the Eastern Empire and was collecting an obscene amount tribute, he turned his attention to the Western Roman Empire and attacked the land of Belgium. With the legitimate excuse of trying to rescue a (Roman) emperor's sister who had written for help, he attacked and quickly took over large cities in Belgium and Italy as well. It was at this time in 452 CE, a Pope of the Catholic church negotiated with Attila the Hun and ended the fight. Pope Leo I negotiated a peace and Attila and his armies withdrew- it has been suggested in some sources that the negotiation probably also came with a large sum of gold and other tribute- other sources suggest a combination of events including food shortages, plague, other military actions, and that Attila was already overladen with plunder and this strategy would allow him to take it home and save face … and then come back and fight. (It should also be stated that this was a 'temporary' peace and that Attila agreed to a basic 'ceasefire', but was quite open with the fact that if he didn't have all of his demands met, he and his armies would be back.) Because of the successful negotiation of the Pope with Atilla (and a good deal of wonderful traditional propaganda about the angel/apostles Peter and Paul coming to fight against the Huns who then promptly turned tail and ran), 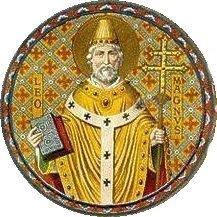 the Pope gained more political clout than the Roman emperor. For the next 1000 years, the Pope became the unquestioned leader of the Roman Catholic church and a real political force that had to be reckoned with by all secular leaders and rulers of European lands. Pope Leo one became the first pope to be called 'the Great.' It can be stated that the creation of the Pope and his 'power' was, in essence, created by Attila the Hun and is Attila's only lasting legacy to our modern world. A few years later, Pope Leo I tried to negotiate with King Gaiseric... with less success (I guess the angels were busy that day...? ; ) The Vandal King refused to leave, but he did agree to keep the bloodshed and destruction low. He conquered Rome and returned to North Africa flush with treasure and plunder. 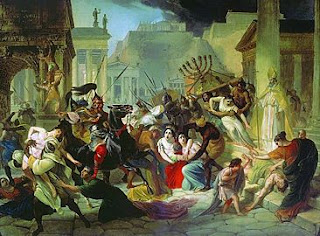 It must be stated that the Roman empire's collapse was really caused by quite a few factors, including the political prominence of the Roman Catholic Pope, the actions of Attila the Hun... and the actions of Gaiseric and the Vandals. King Gaiseric was born around the time of the birth of Attila and his childhood was spent living as a refugee in these tough times. He rose to rule his community which were called the Vandals- which meant the wanderers. Eventually the Vandals arrived in southern Spain and in 429 King Gaiseric and his followers numbered at 80,000 people sailed across the sea to Northern Africa. Once there, he and his army conquered these rich, fertile lands from the Roman empire and these areas included Carthage... which was the city that the Romans used to transport all the riches, growth, oil and wheat grown in Africa to the rest of the empire. Much of this grain was given to the male citizens of the empire for free to keep them from revolting against the emperor. By taking over Carthage, the vandals found themselves in a land that was plentiful and had huge political ramifications. It gave the Vandals almost full control of the Mediterranean Sea. Roman lost the fertile lands of Africa as well as the huge tax moneys and it was this loss that caused the already cracking empire to crumple into the dust. 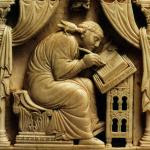 The Catholic church survived and thrived and the Latin language is the language in which we get most of our history. As the winners of the 'battle', all other groups became monsters and barbarians in their eyes....and these thoughts and 'truths' have been passed down to us today. 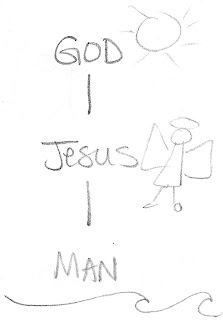 The Vandals were considered worse than the 'pagan' barbarians (by the rulers and members of the Roman empire) because the Vandals were 'Christians' but the wrong sort of Christians. Roman Catholicism believes that Jesus Christ and Heavenly Father were equal in status and both of the same essence. Vandal groups tended to believe in a form of Christianity that was known as Arianism- developed by Arius who taught that Jesus Christ was subordinate to the Heavenly Father as the 'son' was created by God... so they in necessity must be distinct and different. The Pope also saw himself as God's man on earth and in many ways equal to God. So if you are Catholic, you know you need to follow the Pope because he is God's man. 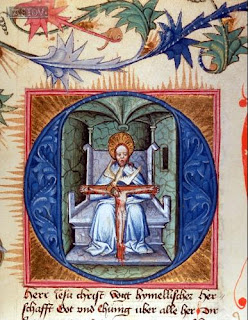 Being a member of Arianism, you are stating that not only do you believe differently but you are probably not following the political rules as set by the pope and his allies as well. One Roman bishop described the Vandals as 'worse than Jews and pagans; inspired by the devil', but most North Africans saw the Romans/ Catholic church as 'corrupt and vicious.' King Gaiseric gave freedom of religion to the people in his lands for everyone except the elite of his government- which were required to follow Arianism. He was not know for torturing or prosecuting people of different beliefs and when Catholic members were looking for ways to complain about King Gaieric's ill treatment toward them, one of the few ways they could find was to complain that the King would not allow them to sing their hymns.
Posted by Badgerdown at 2:04 PM