History of a Song: May - "Reverently and Meekly Now"

Joseph Townsend was born in Pennsylvania in 1849, but traveled a bit when he was younger and ended up growing up in Ohio, Kansas and Missouri. He attended the University of Missouri and later moved to Utah to try and improve his health and well being. In 1872, he converted the the LDS church and later served a mission for this church. He was a principal of Payson High school in Utah and taught at Brigham Young Academy in Provo. He has a total of ten hymns in the current LDS hymnal and he died in Payson Utah on April 1, 1942. His hymns and songs include 'Choose the Right' and his words and works have been quoted many times over the year by various general authorities including our current prophet Thomas S. Monson. Mr Townsend is also listed as one of the '75 Significant Mormon Poets' or 'Early Mormon Poets of Note'. (On a funny side note, I couldn't find a picture of this artist to display... but he does have his own Facebook page. :D ) 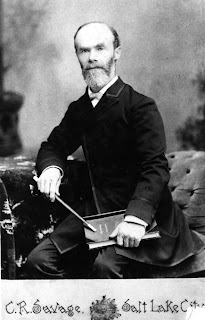 Ebenezer Beesley was born in England in 1840. His family converted to the Mormon religion when he was quite young and he was baptized in September 1849. When he was an adult, he emigrated to Utah territory in the George Rowley handcart company with his family- they were in the eighth company and Mr Beesley was known to play his flute for the group when everyone was camped at night. They later moved to Salt Lake City and he served in many musical positions in his ward which included choir director and music director. Mr. Beesley was a contributor to the Juvenile Instructor magazine and was also one of the few who was appointed by the prophet John Taylor to oversee the publication of the first LDS hymnbook which included music- there is a picture online of the artist with this prophet that the LDS church has in its archives. In 1880, he became the director of the Mormon Tabernacle Choir and was with the choir when they made their first trip to perform out of Salt Lake City. Eleven hymns in the current LDS hymnal contain music written by this author. He was known to play the violin and a picture of him and his violin was published in the book “The Mission”. 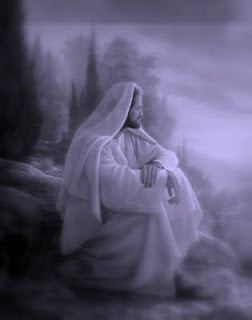 One unusual aspect of this song is that the lyrics speak from the Savior's point of view and not from a third person position. This aspect of the song helps to make the hymn more personal as we sing it and hear the pleading of our Savior in the words that we echo around us. Another aspect about this hymn that is not common in most hymns is that this particular song has whole verses that are song by only one gender. Whole verses and words attributed to the Savior are sung only by female voices. In that sense, this is one hymn that gives women in the LDS church a voice during Sacrament. All of the rest of the ordinance is presided over by priesthood holders alone... but in this hymn and a few others that are usually used for the sacrament portion of the meeting women have a part all their own that is important and beautiful in its own right. And if you think about it, this way of singing in church is not only unusual, but seems to be almost entirely restricted to sacrament hymns. In my mind, this gives women a power of their own to bless the sacrament in their own way in this important and necessary function of our meetings and our salvation. (That said, in many congregations, men do sing the female only parts making this thought sort of a mute point... and not all women are sopranos so it could be argued that even some women are left out of this 'blessing'. :)

This hymn is currently #185 in the LDS hymnal. It is a favorite of many members and has been performed by the Mormon Tabernacle Choir as well as numerous other artists. I researched this hymn because it is a favorite of my cousin Lance. What does this song mean to you? Please share.
Posted by Badgerdown at 9:25 AM