History of a Song: February - “Lord, I Would Follow Thee” 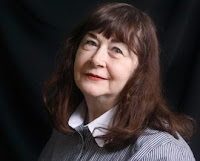 The lyrics of this song were written by Susan Evans McCloud. She was born in 1945 and currently lives in Provo, Utah. She is best known for her LDS novels/historical fiction as well as for this particular hymn (she has written two hymns total... and has written around 45 novels- averaging one a year over the last few decades.) It should be mentioned that her fictional works are slightly decisive in the sense that as an author, she tends to produce either praise or criticism- very little middle ground is found. You either like her work... or you do not. :) The story behind the development of this hymn is a pretty remarkable one... especially for a twelve measure hymn. The author was asked several times do write a hymn and would start and forget several times. Then on a Friday afternoon before a very busy family and conference weekend, she was asked to have it ready by Monday at 9am. She did and the hymn we are discussing is the result of that busy, hurried weekend.

The music for this piece was written by K. Newell Dayley. He was born in 1939 and is a prominent LDS composer and hymnwriter. He also taught music at Brigham Young University and retired completely from the institution in 9/2007. Among the music he has written is the music for the songs 'I Feel my Savior's Love' and he wrote both the words and music to 'Faith in Every Footstep'. The most common version of this song was arraigned by Craig Petrie. It has been sung in Mormon churches all across the world and has been described by some organizations as one of the most loved songs of the LDS church. It has been produced by the Mormon Tabernacle Choir, Michael R. Hicks, and a group called 'Hims 2' as well as others. And, as a small side note, this specific title of this hymn was also used for the inspiration for a painting exhibition by Carl Heinrich Bloc. Mr. Bloc was born in Copenhagen, Denmark in May 1834 and studied painting in Denmark and Italy after his original training to work at sea.

His several painting exhibit/commission titled “Lord, I Would Follow Thee” is currently hanging in the Frederiksborg Palace Chapel in Denmark and many of the paintings are used by the LDS church in their 'gospel art picture kit' with permission from the palace chapel. Also, many of Mr. Bloc's paintings have copies hanging in LDS churches, temples, and magazines/publications throughout the world.

One aspect of this hymn that is unlike most other hymns is that the melody of the first two verses is reversed in the last verses which causes the same word choice to change meaning. In the first few verses, the expression of hope and desire are expressed and as you continue to sing the words, they become less of an expression of desire than that of commitment. This hymn is #220 of the current LDS hymnal.


Do you like this hymn...? Why or why not? What does this hymn remind you or... or help you to feel? And for those who are interested in the artist wait a few days and I will do a post on the artwork of Carl Heinrich Bloc.
Posted by Badgerdown at 7:37 AM