History of a Song: January - “All Creatures of Our God and King” 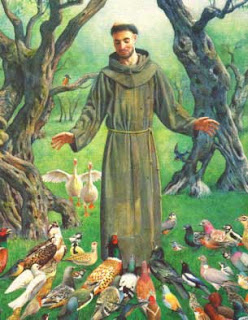 This hymn has a long history and actually was originally published hundreds of years after the authors death. The lyrics of this hymn were written by Giovanni Francesco di Bernardone – more commonly known as St. Francis of Assisi. He was born around the year 1181 and was the son of a wealthy merchant in Assisi. In 1204, he had a vision and soon he decided to live in poverty and become a preacher. He developed a following which was endorsed by the Roman Catholic pope in 1210 and became known as the Franciscan order. He was known to have said - “If you have men who will exclude any of God's creatures from the shelter of compassion and pity, you will have men who will deal likewise with their fellow men.” Later in his life, he founded an order for older women as well as the Third Order of Brothers and Sisters of Penance. There are around sixty hymns that it is believed that he wrote and he is also known as the first saint known to have received the stigmata (which he received in 1224 and are commonly known as the wounds of Christ's Passion.) He died in October 1226 and was granted sainthood in 1228. In the Roman Catholic Tradition, he is known as the patron saint of animals and the environment and has a feast day that is celebrated on October 4th every year.

Originally written in Italian and named Cantico di fratre sole (Song of Brother Sun), this hymn was written shortly before his death and reflects his meditations on Psalm 145. It was published almost 400 years later with music called Geistliche Kirchengeange written by Koln in 1623 (in German). Harmony for these lyrics to the tune Lasst Uns Erfreuen was later written by Ralph Vaughan Williams and published in the English Hymnal in 1906 and was # 519. 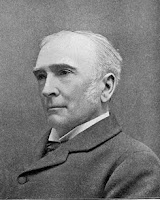 It was first trans­lat­ed into the English language by William Henry Draper and his version has remained the most popular version to this date. Born in 1855 in Kenilworth, England, he was educated at Keble College in Oxford and was later a curate and a vicar. He translated the song into English in 1910 for a children's festival in England and his version first appeared in a hymn book in 1919. In his lifetime he wrote about sixty hymns, but this song was his only translation. William Draper died in 1933.

This song has been performed by several artists. It has been performed and recorded by the BYU Concert Choir in 1984, Patty Griffin in her newest album release in January 2010, and the Mormon Tabernacle Choir on their album Hymns of Faith II. In 2008, a group of musicians called Eclipse released an album called “Grateful Praise” with a recorded version of this song... which later received a CASA award for best recorded sacred song. In short, it might be easy to name individuals that haven’t performed this song than those who have- slight exaggeration there. :)

I researched this song on the recommendation of a good friend- Cathy McCoy. What does this hymn mean to you? Is it a hymn that you like... and why? If you do not like it, why not?
Posted by Badgerdown at 4:13 PM