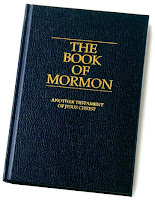 I have been thinking a bit about Nephi lately... or I guess a specific chapter actually. I have been stuck on it so much that I am getting behind in my reading for Sunday School. For some reason, 1 Nephi chapter 2 has been something that my brain seems to focus on these days and I find myself being pulled back from the next chapters to stare at pages 4-5. A few verses have really been on my mind and I thought I would share them and my thoughts about them.

11 Now this he spake because of the stiffneckedness of Laman and Lemuel; for behold they did murmur in many things against their father, because he was a visionary man, and had led them out of the land of Jerusalem, to leave the land of their inheritance, and their gold, and their silver, and their precious things, to perish in the wilderness. And this they said he had done because of the foolish imaginations of his heart.
12 And thus Laman and Lemuel, being the eldest, did murmur against their father. And they did murmur because they knew not the dealings of that God who had created them. 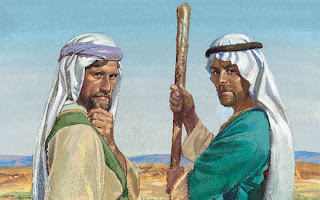 To me, these verses make quite a few statements that are really worth pondering. I don't know if it has anything to do with my current place in life. But I feel like many people have more of a clue about what is happening in my life than I do. And some of these people are protecting and caring for me... and some of them are not. And I am finding myself falling into murmuring- I do not feel like I am murmuring against my father... rather that I am plagued with self pity, loathing and ingratitude towards my situation. But the verse ends, “because they knew not the dealings of that God who had created them.” I will admit that the more I think about it, I don't know my future and I feel like things would be easier if I knew how they ended. I wonder if I feel sad/angry and I feel like complaining because I 'know not' the dealings of my God. But I also look at this verse and think... “well, why didn't they ask?” And I keep thinking about it... Why didn't they ask? I can't imagine that Heavenly Father wouldn't have answered a sincere prayer. And Lehi and Sarah and even some of their siblings were praying for Laman and Lemuel. It seems clear that something was holding them back. Was it their perceptions of their situation? Was it their lack of trust and conviction in their father? Was it there trust in friends and other people? A biological problem/mental illness that made it more difficult for these two to feel trust and security in their world... many anxiety disorders, narcissism, etc... Where they really closer to the stereotype that we see at church- angry, mean, selfish, and grasping...? A combination of many things? I will never know the answer – I can only answer these questions for myself and my life. Which brings me to this verse...

16 And it came to pass that I, Nephi, being exceedingly young, nevertheless being large in stature, and also having great desires to know of the mysteries of God, wherefore, I did cry unto the Lord; and behold he did visit me, and did soften my heart that I did believe all the words which had been spoken by my father; wherefore, I did not rebel against him like unto my brothers. 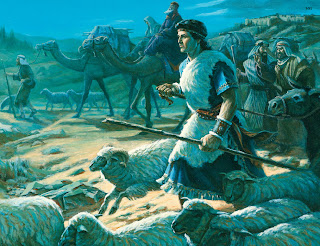 This opened a few interesting thoughts to me. One thought is that Nephi originally felt like his brothers- that his father was a little 'strange', etc... so to speak. Another thought is that he did have a sincere desire so he took the time and effort to ask and was given an answer which helped him to understand God better... as well as his earthly father. So I wonder... is Nephi different from Laman and Lemuel only due to his “great desire” for knowledge? Did he ask because he trusted his father in all things and so he felt he needed to ask God to understand a situation that he didn't comprehend? Did he trust God enough that he was willing to ask? I guess I wonder the true circumstances whereas Nephi made a different choice from two of his brothers and why they made the choice that they did. I wonder how many times he had to pray... as I do not always feel like I got an answer I could understand without lots of pondering and a few prayers. Enos certainly had a great desire and his prayer was long and pleading and sincere- longer than I imagine most prayers ever are. The verse suggests that Nephi got his answer, but doesn't tell us how long it took until he got it.

Maybe I find these verses so interesting because I feel like I see an view of Nephi and his brothers that I have never really seen before. I have read the Book of Mormon so many times and I have certainly listened to the stereotyping of scriptural people that many members practice in church. (Which I will admit I try to ignore the comments because I just can't see everything in black and white. Like many people I know and myself, I do not find my testimony threatened if my heroes are not perfect and I find many prophets more interesting and worthy of study when I do feel they are human and not just 'good' two dimensional characters.) I will admit that until I read these verses over and over during the last few weeks, I found that I had never considered Nephi at all like his brothers Laman and Lemuel. But this reading seems to suggest to me that the only real differences between them are really the choices that they made. All three men appear to have questioned their father.... but for whatever reason, only Nephi searched the depths of his mind and heart to ask God about his father and what his father was seeing/saying.... An interesting lesson to say the least!

What are your thoughts? 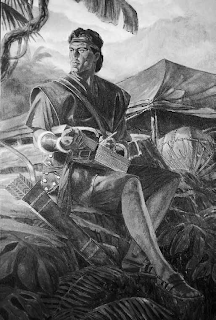 Posted by Badgerdown at 7:14 PM