Brief Views on the History of the Black Death 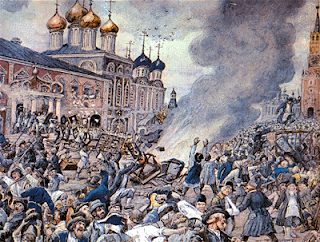 The start of the spread of the Black Death actually has a rather ignoble beginning. A group of Christian Italian merchants who had been expelled from their native city of Tarna had come to stay in the Muslim trading posts of Caffa. These two groups had a bit of religious difficulty with each other and soon a small skirmish turned into a full-on war. It was one year into the siege in which the Muslims (with help from the local Mongol army) were attempting to out-root the Christians from Caffa that the plague arrived- it killed so many in the Mongol army that they were forced to stop fighting. However, the Mongol prince came up with a successful plan... and it was at this time that the remaining troops loaded their catapults with the dead bodies of his soldiers that had died of the plague and were then thrown into the city walls. The rotting corpses tainted the air and poisoned the water causing death in the city.

A few of the still able individuals with resources were able to gather in their boats and attempt to sail away to safety... taking local rats accidentally on board with them. These rats carried fleas infested with the plague and soon the sailors were dying as they traveled. No port would allow the boat to dock when it was seen the boats were filled with the dead and dying... and when they reached in Mecina in Sicily, they barely stopped long enough before they were sent out again. It was in this brief respite however that there was time for several rats to get ashore.

This very brief encounter is what was thought to have brought the Black Death from the East to Europe. We now know that the Bobak marmot is the creature that has always brought the plague to people.... by coughing on fleas... which spread it to rats... which spread it to us. All the great human plagues can be traced back to this animal in Mongolia who are particularly susceptible to this illness.


Europe was in a rather bad position for a contagious disease to arrive on its shores. By the time that the plague arrived in Europe, overpopulation was the norm. The long wars that had weakened the people and their lands were not completely ended in 1348, famines and harvest failures had left people hungry and undernourished, and it goes without saying that the instability probably caused great amounts of stress and fear that lingered on in the people even in times of peace. Overpopulation, especially in cities, made it easier for the plague to spread as people interacted with each other and then more people, as the filth and sewage of the cities that was not properly treated and left everywhere which left the people at more risk... as the poor used the clothing and possessions of the dead and the dying. As people became more fearful and terrified, the rich would gather possessions if they could and would flee away from the towns with the plague... but of course they would travel with it in their possession continuing the movement and the spread... accidentally bringing more and more people and communities into the path of the plague. 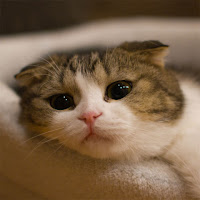 One of the other quick ways that the plague travels to new victims was by ships and usually within days of a ship docking the plague was found everywhere nearby. One a sad note as well, the Catholic church had labeled cats as animals who belonged only to witches or where familiars of Satan... so the cat population, which could have helped control the rat population, was extremely low in Europe at his time. 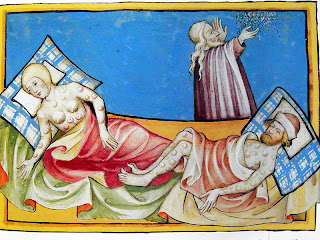 There are actually two types of plague and they are spread through the human population in slightly different ways. The two types of plague are respiratory/pneumonic and bubonic plague... neither of which were very enviable. Bubonic plague was characterized by boils and blisters as well as fever that would appear which would weaken the person and the blisters/boils would grow larger and more painful until by around the fourth day, the person usually died. Very few that came down with the plague would live to tell about it later so we have very few firsthand autobiographies- the few we do are hard and difficult to read. Pneumonic plague is characterized by high, consistent fevers and respiratory difficulty, bleeding and breakdown. Pneumonic plague is much deadlier than its sister bubonic plague.... as well as much easier to transmit to other victims. The disease was spread by the infected fleas which would then bite a human host. Pneumonic plague could also be spread through the expelled air of an infected person. 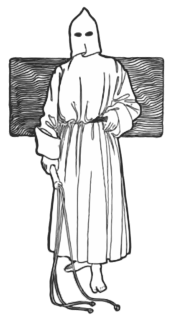 It would be remiss at this point to suggest that the only terror of this time was the plague. The group that became known as the flagellants certainly can be accused of making things worse for the majority of the people. The flagellants were a group of religious extremists who believed that by causing harm and self abuse to their bodies, they could stop the plague by this form of 'penance' and would purge the society around them of sin. The Pope at first encouraged these 'sects', but these groups soon condemned the Pope for the failure of the plague to cease... and the Pope realized that this group was a risk to public order and his position. The Pope would then write to all the leaders in Europe to ask them to deal with the flagellant sects. Fairly quickly, most of the flagellants would be suppressed and wiped out in the several kingdoms which did effectively wipe out the majority of the sect members across Europe. At one point, the flagellants accused the Jewish populations of poisoning the wells and causing the plague causing several pogroms and massacres of these minority populations. So these sects didn't tend to cause anything but harm.... the fear and terror, as well as social unrest and massacres that they caused in many ways could have helped spread the plague as people ran from the unrest to other areas or brought the sick more closely together to protect themselves from the more immediate threat. 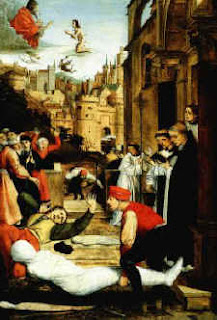 One impact that the Black Death had on the medieval societies was how people reacted to the church and to how God was seen. The Black Plague had a huge impact on the Catholic church. The difficulties caused by the flagellants was a black mark on the church that was difficult for the organization to shake... especially as the flagellants started to use the Church as a scapegoat for the death and the plague. Far more difficult to shake however, was the new attitude that the survivors tended to keep- that the established church was not necessarily absolute in power. People still strongly believed in God and their beliefs had even been strengthened due to the suffering causes by the plague. But all hierarchy- whether church based or politically based- was seen with a look of skepticism that had never been fostered before in the minds of the common man. People started to question the church as well as the general order of the world and tradition. It changed the relationship between the surviving poor and the surviving rich as the shortage of labor would give peasants more bargaining power. Europe was no longer overpopulated.... and it would take well over one hundred years for Europe to truly recover from the devastation of the Black Death. 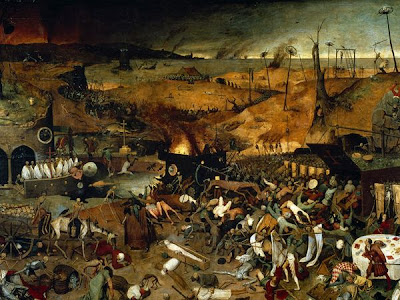