The Reforms and Legacy of Peter the Great 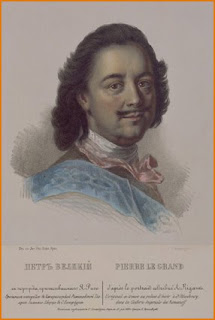 Peter Alekseevich Romanov was born in June 1672 and died at the age of 53 in his beloved town of St Petersburg. Though his life was relatively short, the works of his mind, ambition and will have affected the country of Russia to its present course. Peter the Great pushed his constituents through new laws, reforms and his attempts to bring modernity to his country. This paper will discuss the reforms that were enacted during the rule of this tzar and their lasting legacies. 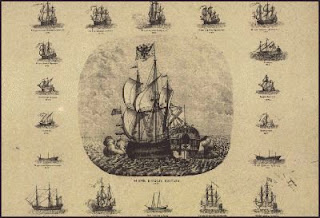 One of the major reforms that Peter I started with was the military. Before his time, Russia may have depended on its waterways for trade, travel and other pursuits, but the protection of those waterways could depend on a haphazard set of circumstances. In good times, these waterways and the lands of Russia itself were mostly protected by the local towns and villages themselves- the groups could have little to no knowledge of military techniques or leadership. The 'official' armies of Russia- the Streltsy or the Cossacks as examples - could be seen as professional units, but even these units were run at times by foreigners and not by native Russians. The Russian country had nothing that could be described as a navy in actual terms before Peter I. One of the major changes during this time was the creation and development of a navy. He borrowed ideas and training from other countries and created a strong Russian Navy that was officially founded on September 12, 1698. During his youth, Peter the Great had learned a lot about building ships - he had even built a few of his own- and he used this knowledge to increase security around Russian waterways, but to also conquer and claim new waterways as well. The Russian navy became a force that other monarchs would have to reckon with.

The military itself was also modernized and streamlined. The tzar recognized that he could not keep his country safe-nor conquer more lands- without a reliable and well disciplined army. One change he made was to open military academies for the teaching and training of military skills to a larger group of people. The military also became a permanent institution in the sense that it was no longer haphazard or ill-equipped. The military became a standing presence with some constituents required to serve for twenty-five years and quotas for conscripts... as well as lifelong draftees. After this was accomplished, the Czar did away or eliminated the Streltsy -with some difficulty but it was done. One change which Peter I made was to stress that the military's purpose and interests should be the interests of the state- not their own desire or even the desires of the Tsar himself. He made sure that the military was better equipped and trained in some of the styles of western military/armies and ready to face the challenges of empire building that he (Peter I) wanted. Out of all of his goals for modernizing Russia, it is thought that this one was the most important to the tsar.

The Orthodox religion didn't escape the notice of the Tsar and it underwent many changes during his reign. Previously, the Russian rulers had exerted some influence on the church but had left it mostly free of interference in its day to day operations and organization. The church was reorganized so that the powers of church leadership fell into the hands of the Czar... and not church leaders. One way this was accomplished was the creation of the Holy Synod in 1721 which replaced the power of the Patriarch of Moscow with a group of individuals mostly loyal to the tzar and not to the church. The creation of the 'Chief Procurator', a secular representative of the government who works within the church, also put the church leaders under the close supervision of the government. His government also passed a decree in 1722 that required priests of the church to disregard confidentiality in the confessional for certain matters or concerns that were governmental in nature. Tsar Peter was generally considered a 'secular' tsar and he was also known for his religious tolerance, passing laws allowing for inter-religious marriage, etc... The tsar also attempted to modernize the clergy which would result in the reduction of monks and nuns in great numbers as well as the reduction of church owned/ controlled land. Lastly, Peter issued the Spiritual Regulations that served as the bylaws for all religious activities in Russia.

There were also a few ways that Peter I attempted (and succeeded) in reforming the government. The Tsar abandoned the practice of gathering the zemsky sobor to discuss matters of special importance and he also moved the Russian 'capital' to his new city of St. Petersburg. He eliminated the Duma and replaced it with a group of individuals that acted more like a Western Senate than the former institution. And after signing a treaty in 1721 with Sweden, the Tsar was offered the title of Emperor and Russia was then known as an empire. Some reforms that were performed improved the management of government finances and control of public money. The tsar's love of education goes hand in hand with his governmental reforms as he attempted to create a meritocracy (and not an aristocracy) and to push western education onto the nobles and other constituents by importing books as well as starting institutions of learning. Tsar Peter's attempt to change the class structure by given regards for merit and service and not just for birthright did make it possible for a slight blending of some of the classes. His reforms also helped local governments to more efficiently keep order and collect taxes. Other reforms included cultural reforms that were brought about as the Czar attempted to push his people into adopting more western modes or dress, no beards (or you paid a tax), and more emphasis on conformity and obedience to the ruling power. He changed the calender in Russian to the Julian calendar in doing so changed the way most of Russia kept track of their days and holidays. 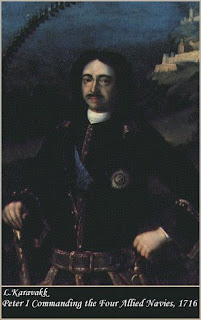 My inclination is to see Tsar Peter as a great reformer. He certainly made many large and lasting changes to many aspects to the lives of the Russian people. His changes in the military certainly made the country safer from potential foreign invaders. Collecting and developing new taxes gave the czar the money to enact not only other reforms, but to build the city of St Petersburg as well. Having any ability to blur the lines of class certainly takes work in my opinion, and making Russia into the vast and strong empire it became and survived as for so long also took quite a bit of energy, focus, ambition and endurance. However, it seems like many things didn't change all that much as there was still one man firmly in control of the country- a man who spend a great deal of time putting even more of the country and people under his control that any other ruler before him. Because he didn't share the power and in fact consolidated it even more, that must have created inefficiency, creative inhibition and problems with even making sure that the tsar's orders were being carried out correctly. I imagine that many individuals were not likely to offer suggestions or their own ideas and were likely to maybe even avoid tasks at all for their own protection... so I am quite torn by this man. I see him as doing many great and wonderful things, but I also see the side of him whose ambition and need for control caused a great deal of hardship, fear and death for many of the people he felt he was fighting so hard to elevate and improve life for. While I still see him as a great leader and I still feel that the name 'Peter the Great' can still be considered appropriate, I can also see him and his actions through the lens of knowledge that will show not only his successes, but his quirks, his difficulties and his failures. However, as this tsar was unwilling to be bogged down and focused on his failures during his lifetime, maybe we too should see and remember them, but not focus too heavily on them. His legacy was a strong country, a larger country and empire than when he was first given the crown and a country that was trading and successfully participating in European affairs and concerns. He transformed commerce and industry, the church and its activities and quite simply, changed the way that most Russians lived and how the country was viewed by the outside world. His legacy can be seen today in the culture of Russia, the buildings of his beloved St Petersburg and in almost any corner of government and culture in Russia. Whether you appreciate his reforms or not, no one can dispute that his changes and attempts to modify and modernize Russia on such a grand scale can still be felt today.... in the simple act of looking at a calendar... in worship... in the splendor of the great city that bears his name.
Posted by Badgerdown at 4:47 PM