Music and the Soul 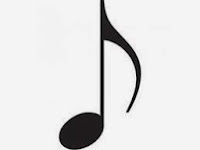 Music has always been a balm to my soul. I have used songs to help propel myself into the deepest pockets of despair and to pull myself, filthy and struggling back to earth. I have felt myself soar to heights of ecstasy that I have never felt from anything else, not even sex. Music can literally change my mood, my thoughts and my actions. In some ways, I think that music has a control over my emotions that I cannot control as well as I would like. As you read this, your eyebrows might be slowly rising at my strong language, but I cannot stress how much music affects me- for good or bad, music will affect me in some way emotionally. I have never found a piece of music that doesn't move me in some direction.

The history of how music began is far from certain or documented. The only part of music history that seems clear is that every group of people (including the most isolated people/tribes who have lived on this earth) have had forms of music so music is a fundamental and important part of our human experience. Many scientists believe that music may date back even early than the human diaspora (when human beings began to move from Africa around the world) which was 50,000 years ago. 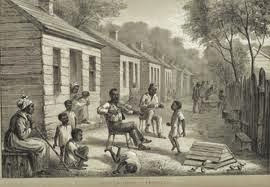 Music will also vary based on culture, society, instruments, emotions, attitudes, and even the period when the music was created. Thinking of this idea reminds me of working in the ambulance garage where my boss would only play 'oldies' music. I thought is was OK and would sing along but it wasn't my preferred listening. I was an alternative/ 80's junkie along with some heavy metal. And my spare time was filled with musicals and a music game I would play with my friends (all speech had to be sung and you got extra points if you were able to use a direct quote out of a song to get your point across; you lost points if you talked). The music that was my favorite and was the 'new music' is now old – and I am only 35! And much of classical music is considered positively ancient! :)

So the idea that music affects me in such a powerful way I see as a blessing in most instances. I receive answered to prayers and questions of faith through music. I have felt anger and despair through music and used lyrics and song to channel and try to 'funnel' off painful emotions so that they no longer hurt me as deeply. I have felt a joy so strong that I have cried silently while laughing as I have listened and I have felt a stronger peace than I have ever known in silence. What a blessing music is not only to me, but to human beings as thinking, breathing, loving, human beings!

Think back at how music in its many forms has changed since you were a child... If you were Mormon, you can now get hymns set to rock music- a pretty unthinkable thing just twenty years ago. The internet allows us to get music from all over the world and from all genres. We have more choice in what we listen to than human beings have ever had IMO. What is music to you? What does music do for you? 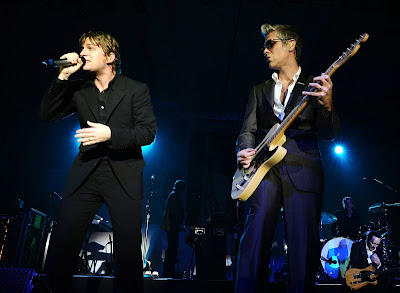 Posted by Badgerdown at 6:45 PM