The Danziel and Pascoe Series - In Order 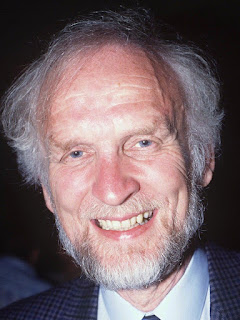 I was first introduced to these series of mystery novels when I moved to Maine. It was recommended by a librarian in the area and I devoured the books until the series ended with the death of the writer. Reginald Hill had an extraordinary talent in being able to write mystery novels out of chronological order and stories within the stories while working within he framework and stories he had already written. He also had a rare habit of letting the murderer get away with his crime causing much consternation in my mind as my sense of justice felt thwarted. He passed away in January 2012. Andrew Danziel is the 'Fat Man' who works as a Detective Superintendent while Peter Pascoe is his Detective Sergent until a promotion later on in the novels. Another character worth mentioning is Ellie (Soper) Pascoe who is married to Peter and is an integral part of the lives of both Pascoe and Danziel.

16. Asking for the Moon (1996), short stories which include "The Last National Service Man", "Pascoe's Ghost", "Dalziel's Ghost", and "One Small Step"

I love these characters and it feels a bit sad that there will be no more books. That I won't be able to know how the Pascoe's life changes and is lived and how their community changes with time. But I can always come back and pick up a book to make them alive again for that brief period of time... to listen to the Fat Man and sigh at his crudity even while I find myself in aw of his instincts. Good books indeed.
Posted by Badgerdown at 3:43 PM