This semester, I have found myself pulled in many different directions. Between emergencies with friends, medical tests and physicians mumbling around me, I feel like this semester has flown by so quickly I haven’t gotten more than a few glimpses of what I was trying to gain… like a hummingbird I see the beauty and remember it but I have to keep going over my notes and writings to really pull up the clear full image that I had in front of me. I changed my ideas on a project a few times over the weeks from blog post biographies on my favorite feminists to a newsletter with basic articles for on different aspects of feminism…. to my final and completed project of resources for Maine individuals who identify as LGBTQI.

This project came about when an individual finally discovered that her fear of her husband was also her children’s fear… she discovered that he was hurting the children as well and they were terrified their father would kill her. She pretended to be ‘normal’ for two days while quietly making plans with friends and the moment her husband left for work on Monday with the only car, she walked out to meet a friend with her children and hasn’t gone back. She was lucky and even though the struggle with the courts is all encompassing still, they are safe. Those two days were awful, with several people trying to find what resources there were out there for her. Domestic violence resources are supposed to be prolific – and they are- but out of almost 50 searches, over half had disconnected numbers, were closed, had lost funding, were full and unable to help others, or even had very strict limitations. That same week, some of the readings combined with this particular experience, caused me to push aside what I had done and begin again. I wanted to see what resources that there might be pulled up on google and spent two hours writing up every source I found for LGBTQI resources in Maine. My goal was to create a comprehensive list and hoped that I was able to fill a few pages of solid and available resources to pass along to the university.

I learned a few things from this project. The first was that as I had predicted, most of the resources that I had carefully listed were either no longer operational or if they were, I had no information to find any new information for them through follow up searches. However, as I just started cold calling different people and organizations, I not only found more resources but also found people who were collecting some of the same information I was looking for. I found individuals who not only were enthusiastic that I was willing to spend the time creating this resource and were willing to help me, but were hopeful they could have a copy of it when completed to help community members near them. I had conversations with one group who was saddened that I had found them by accident and gave them ideas on my search so that they could try and make their organization come up in search engines instead of my lucky referral from a lawyer’s office. I also worked on it at work and as my project became locally known, I had a co-worker and a few patients quietly pull me aside and hand me a paper with an email or a phone number on it. I ended up having to leave resources off the list due to time constraints (I could probably spent another 25+ hours and have twice as many pages), but I feel really good about what I have. I was pleasantly surprised at how many resources there are around… even though so many parts of Maine are rural and far flung. I was also a bit surprised to find some organizations carefully not answering some of my questions and I realized that they didn’t want to be a resource, but could not come right out and say it – due to their funding models, personal opinions, etc.… (I did leave those groups off the list.)

I discovered that in some ways, those who identify as lesbian, gay, transgender, bi-sexual or intersex may have extra difficulties in finding resources and support even in areas that are known for being ‘liberal’. While there are so many resources, finding out about them was a significant amount of work and took quite a few resources to find. It appeared to me that just like my anonymous 'individual', when you are in a tough place, you really do need people with some social privilege and resources to help you find and access what you needed. I think this project was as successful as it could be with my limited time frame and the blinders of my own privilege- after all, I did choose what resources I left off the list due to time constraints… I have to wonder sometimes how things did or did not make the cut. I am hopeful that this assignment will have the forward removed by UMA and be copied and distributed wherever is appropriate. I am hopeful it will be useful to someone. Thank you. 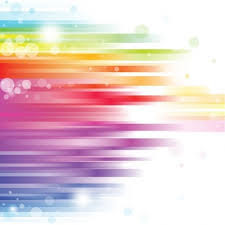