History of a Song: April - “He is Risen”


The beautiful words for this hymn were written by Cecil F. Alexander (1818-1895) and the music was written by Joachim Neander (1650-1680). The story of how these two pieces of art were combined to make the beautiful song we enjoy must be unique as the German musical composer and the Irish poet lived more than a century apart. Unable to uncover the details of the merging, I am sharing the biographies of the artists themselves :) 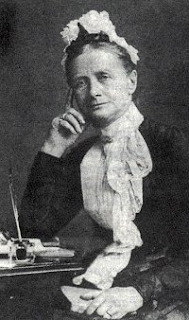 Cecil Francis Humphreys Alexander was born in Dublin in April 1818 to Major John Humphreys and his wife Elizabeth. Cecil Francis, who preferred to be called 'Franny, loved writing from her youngest years. At first, she hid her writing from everyone, but after a notebook of her writing was discovered by her father when she was nine, she shared her poetry every Sunday with her family with the encouragement of her father who would read it out loud to the group and it could be commented on. Franny was deeply religious and in October 1850, she married William Alexander in Strabane where he was an Anglican clergyman. During their marriage, both partners continued to write poetry and Franny also became involved in charity work, giving money to an institution to the 'Deaf and Dumb” that was founded in 1846. During her lifetime, she wrote almost 400 poems with many set to music and four which have made their way into the modern day LDS Church hymnals and Children's Songbook. Her music has also been published in the Church of Ireland hymnals and her book titled “Hymns for Little Children” has had over 69 editions printed of it. She passed away on October 12, 1895. 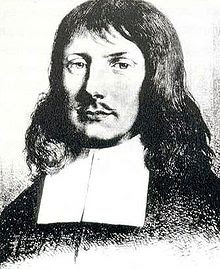 Joachim Neander was born in 1650 in Bremen to his father Johann Joachim Neader and his wife Catharina Knipping. He was the oldest of several children who ended up being a private tutor at his majority because he could not afford to continue to attend Bremen University after his father's death. In his twenties, he discovered theology and, while he continued for some time to tutor students as the rector of the Latin school of Dusseldorf, he began to write nature studies and hymns. He wrote over 60 hymns and is considered one of the outstanding hymn writers of the German Reformed church with his work published in many Lutheran hymnbooks and embraced by Methodists and Baptists as well in their hymnals. Most of his works have been translated into English and towards the end of his life he became a pastor for St Martin's church in Bremen. He died there of tuberculosis (possibly with complications of plague) on May 31, 1680. He also has the unique distinction of being the only hymn writer to have a valley and cave in Germany named after him as well as the fossil hominid that was found there. (Neanderthal man)


This song is still sung and performed by choirs and church congregations around the world. It has been performed by the Mormon Tabernacle Choir as well as some mainstream Christian music groups. This is my favorite Easter hymn and the holiday isn't the same without it. Do you sing this hymn in your congregation? What are your thoughts?