Outline of a Shark : The Basic Facts


A bit ago, I was privileged to spent some time with these totally cute little girls that I tend to only see at church once a week. It was a wonderful time had by all I think and I have found I am growing to love these wee ones so much. While I sometimes wish that I had more children, I have managed to find some comfort in caring for other people’s children and trying to help them with their tasks. (I do enjoy going to bed when I want though ;) During our game playing and chatting, the six year old saw a statue (maybe curio is a better word) of a shark on my bookcase- one of my treasured possessions that my sister gave me after she was married. Grimacing, she then told me that she ‘hates’ all sharks because they are always hungry and always biting people. Nothing that I could say could shake that simple foundation of that knowledge. It felt a bit sad because that seems like such a extreme and also mainly unnecessary fear. So, I picked up a few of my books- those who know me tend to know that sharks are something that I enjoy and have been trying to instill that sense of joy and wonder in my son- and we started to read about several different kinds of sharks. She decided at the end of our conversation that we should study all of them- each and every species – so we can decide who is right. A fairly mature response for anyone that age… and a little more motivation than I think I have ;) But we decided to start on the basics. So after about twenty minutes, these is what we came up with. (I have added a few of her comments in bold and parenthesis.) 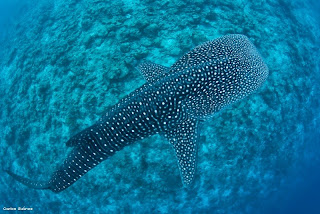 We started with studying and trying to observe through picture the basic physical design. Some of the characteristics common to all sharks are gill slits on the sides of their heads and a skeleton made of cartilage and connective tissue. Sharks live in all the oceans and seas on this planet and a few species can live in freshwater rivers, although they are in the minority. All sharks have long rows of teeth that are replaced several times over their lifetime- some estimates suggest that some species grow over 10,000 teeth in their lifetime. (WOW!) Almost all sharks have eight fins and no shark has the ability to directly ‘back up’- they can turn around and go back making a u-turn if you will….but it is impossible for them to stop and swim backwards. All have skin that is covered with dermal dentacles that make their skin feel smooth from head to tail, giving them smooth and fast movement through the water. However, if you rub your hands along the skin from the tail towards the head, the skin will feel rough, like sandpaper and can even break your skin open (probably not a great idea around a shark per se ;) Most sharks need to keep moving and are unable to sleep for large periods of time without sinking and drowning; some species have developed the ability to push water past their gills when they are not actually swimming allowing them to remain stationary of settle at the ocean floor. The majority of sharks are ‘cold-blooded’ with large stomachs and short intestines. Their ability to sense smell and follow it as well to sense electromagnetic fields make them pretty excellent predators in the water. Interestingly, sharks have eyes that have the ability to change the size of their pupils (just like us) so while scientists do not understand much about their vision, that is an interesting starting point for speculation. (SO SEE, THEY CAN SEE IT’S A PERSON AND THEY DO IT ON PURPOSE!) They are also colorblind (WELL, I STILL THINK WE DON’T LOOK LIKE A SEAL) and have an average life expectancy of 20-30 years. Like us, they also take a long time to grow and mature enough to have children and they may migrate thousands of miles every year. They are thought to be quite intelligent and have been observed showing curiosity and play like behavior… which reminded me a little of dolphins. (vigorous head shaking!) Only four species have been involved in a significant number of fatal unprovoked attacks on human beings; the (in)famous great white, the oceanic white tip, the tiger, and the bull shark. Ironically, humans as a species kill on average over 100 million sharks a year for both commercial and recreation purposes. As many as one forth of known shark species are threatened with extinction and twenty five species are listed as critically endangered. 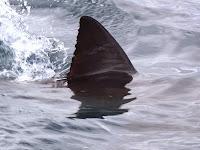 Sharks have been living in our oceans since near the beginning of creation – some estimates suggest they existed at least 400 million years ago and in many ways, they still be have and live the way they did back then. The first sharks showed great physical diversity- more than we tend to see in shark species today- and new ‘ancient’ sharks are still being discovered today as paleontologist comb through rocks and ground for fossils. With over 470 species of modern sharks in several classifications, I suspect that we will not manage to study or write about all of them. I think that’s probably reasonable and in the end I am hopeful that her fear and hatred will feel less strong towards them. But we’ll give it a good start and see where we will go from there! Any particular one that you suggest we study first? :) 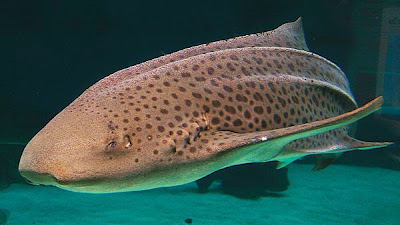