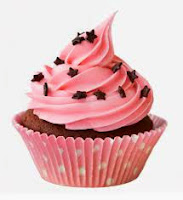 Yesterday, I snuck out of work at lunch to buy a cupcake. Not just any cupcake, but a fancy, big, full of gluten cupcake! I forgot that today was the last day for one of my co-workers who is headed off to a new job and I wanted to give her something. And the fact that I am broke and not willing to buy or make desserts for myself but I’m running around on my lunch time to buy a cupcake for someone else was something that I thought was a really interesting choice. So I gave it to her when I got back and a big hug and settled in for an afternoon of patients and testing and business and let my mind wander. And while I was being introspective, I discovered a few things.

The first was that I really work at a pretty cool place. I think I have known that for a bit, but even with its problems – as all places have problems- it’s pretty amazing. It feels a lot like Miller Drug did when Bill Miller still owned it and it was a business that cared about both its customers and employees. After he sold it and retired, everything changed quickly and I am so grateful that I no longer work there- those I know who do really struggle to feel anything positive and turnover is pretty astonishing. With the exception of two co-workers I love them all… and I get the feeling that they like me too. I work with several people of my faith so I feel a kindred spirit that I haven’t had the opportunity to have before… heck, most of them moved from Las Vegas as well. Isn’t that an amazing coincidence. :) I have only been at this job for about five months and while I do see some of the challenges and not every day goes smoothly, I can feel myself relax into a routine that feels quite nice. I spend the day helping patients, working as a team player and being valued for it, and as I learn a new occupation, I am finding myself learning new strengths and helping myself to grow in new ways. This place doesn’t have a great deal of turnover and has a few employees who have left for other jobs and then come back to work here again. (I think that says something pretty good on its own.) I haven’t really worked closely with patients since my emergency medicine days and as I gradually return to similar work, I realize how much I missed working with people and trying to help them improve their health and help through crisis, etc… But I have also found that I just love working with people who seem to love working with me. I’ve always found a handful of people in every place that I have worked that seemed to like and respects me, but not a majority and certainly not in such a way that many people would stick up for me- and feel they were in a safe enough, stable environment to do so. And it was in that thought that I realized that even though I do not know the co worker really well, she has been consistently kind and nice and I didn’t feel comfortable not acknowledging that… even if I could only do it in a small way. That in itself is pretty cool. :) 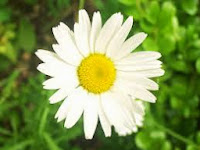 I think that I also wanted to do it because I think that even in small ways people appreciate knowing that they as people are valued. I don’t tend to feel that very often and while some of that is self esteem and therefore, my fault… a lot of it is the world we live in. All of us do not tend to take the time to show or gratitude to the people around us very consistently. We also tend to not comment on the small things that we quickly notice, appreciate, and then they leave our mind as we continue with our tasks or thoughts. Corrie has smiled every time she has seen me with only one exception- she didn’t smile when I came in with my broken foot for the first time. Granted I wasn’t smiling either ;) Knowing that my interactions with her in the future will probably be quite limited, I knew I only had a short window of time to do something to show her what her attitude and kindness have meant to me. A cupcake was so little, but she seemed to appreciate it and I am glad. I remember all the jobs I have had in the past and even when I was cared for, people pretty much said goodbye and that was it- the one exception was one workplace threw a pizza lunch for me, but forgot about my celiac disease so I couldn’t attend my own going away lunch- that was sad and funny all at the same time. I guess I knew how much it would mean to me and wanted to offer that experience to someone else. And so we parted, hugs all around and I have a phone number and email address in my pocket- more than I expected and was a gift in and of itself.
The last thing that entered my mind was that the fact that I am willing to splurge on other people but not on myself is something that I need to really analyze and look at. That tendency has been pointed out to me in the past by counselors and friends alike, and I have been able to acknowledge the truthfulness of their observation, but haven't felt like I could really change it. I feel a renewed urge to change that and so today, early.... six in the morning... I was at the store to get Brock some pasta and me some brownies Gotta start somewhere! :D

Posted by Badgerdown at 6:09 PM