'Horcruxes' and a Lack of Appropriate Circumspection


“How did Ginny get like this?” he asked slowly.

“Well, that's an interesting question” said Riddle pleasantly. “And quite a long story. I suppose the real reason Ginny Weasley's like this is because she opened her heart and spilled all her secrets to an invisible stranger.”

“What are you talking about,” said Harry.

“The diary,” said Riddle. “My diary. Little Ginny's been writing in it for months for months and months telling me all her pitiful worries and woes....”

“So Ginny poured out her soul to me….”

“Harry Potter and the Chamber of Secrets” 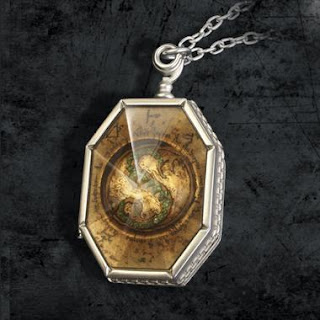 In the Harry Potter series, I was introduced to the idea of a horcrux- an object in which a person “places a piece of their soul.” A horcrux is a terrible object and the idea of slashing your soul into pieces is so abhorrent (at least to me.) But over some time, I started to wonder if unintentionally I had possibly 'created' my own horcrux. The recognition of that fact totally freaks me out... and I have spent the last few months really coming to terms with that. I talk to a counselor, I pray and I try to work on changing some of the thoughts and that has helped, but in the end I am still forced to recognize that I gave so much of myself to two other people... who I feel have efficiently taken a part of me and left the rest...

I recognize that a horcrux in the Harry Potter sense isn't a real object. I am certainly not confessing to any form of murder or hatred that I could channel to even attempt to create one in that sense. But I am an open person and I did have two great friends. My life will never be the same without my husband and the irony that he doesn't feel that I gave him enough of myself is hard to really understand as I feel the loss and the pain. Nothing seems to change the thoughts and feelings that I have lost everything and I don't even understand why. And to lose my very best female friend at that time has probably helped cement that feeling of loss, fear and ambivalence about the future. I had my life planned out and all of those plans feel trite and unattainable now. I truly feel like I placed all my hopes, my happiness and so much of who I am in these two people. A part of me wonders if I can ever feel whole again. A small part of me feels so apathetic about it that I'm not sure if I even care. And another part of me is so angry... because maybe I wouldn’t feel this way if I had poured most of myself into the Savior. While I feel like I have faith and a firm testimony, I also feel like I trusted these people more than I trusted Heavenly Father and the most powerful advocate that I could ever have. Either that …. or I have trusted them so much that I didn't feel like either the Father or the Son could actually hurt me... maybe so I didn't understand how being open and honest with others can really, really hurt? Not sure. In the end, I do not think anyone except my mother has caused me to feel so much pain in this life.

So over the last few months, I have worked hard to do (or not do) a few things. I have really tried to focus on opening more spiritual doors. One thing that I thought was really silly but I really think has been amazing is that I have picked up some of the materials that were written with a new investigator of Christ in mind and have actually sat and not only read, but even though I felt a little silly I tried to think about and answer all the questions. Another aspect about myself that I am finding uncomfortable is the idea that I no longer want to share with people. People who want to be my friend and who want to try and help me, good friends... It is so easy to just shrug or say that I'm fine than try to admit to the pain in my heart. Heck, I'm finding it challenging to admit to things that are good and I wonder if I feel so much fear and defensiveness that I do not feel like I can share because I am worried that these good things will be taken away from me. If that's not a silly fear, I don't really know what is. So I am trying to fight that feeling and that 'need' to conceal. It's a bit tough to acknowledge how hard it is to fight these feelings... where my soul yearns to speak, but my head clamps down and my tongue is silent or flippant or even diversionary. Anything to keep the questions at bay, to feel less fear, less concern.


I have been accepting callings and really trying to fulfill them. I have tried that in the past but it feels different now. I feel like if I fail or do not succeed at a calling now I haven't just failed myself... I have failed Heavenly Father. Maybe I should have felt that way in the past... maybe I shouldn't feel that way now. I don't know, but there is a sense of urgency about my callings that I have not felt in this way before. In the past, my focus as been really on the people I am trying to help and that has been how I have fulfilled my callings. I have prayed or focused on what people need and tried to take care of those needs and so a calling felt very personal and humbling. My callings still feel personal and I still have a lot of focus- I need it to accomplish them- but there is a small string of fear attached to every decision now. What people really think really matters so much? If I forget to do something and someone decides to lose their testimony or quit, I fear my part in it. Rationally I recognize that people are allowed to make their own decisions, that I just need to do the best that I can and that's all that is expected of me, but that doesn't remove the fear. So I focus on the callings with two emotions that I have never had attached to a calling before- a feeling of frenzy and need to be exceptional... or the feeling of ambivalence, that nothing I do matters as it will never be good enough. I am trying to actively try and fight both emotions now as I don't think either one is OK or good for me.

I guess in the end, I am actively trying to pick up the pieces of my soul and my life and move on. I am not sure that I can ever really feel whole again in the sense that I did before. I don't think I am the same person nor can I be. In some ways, I think I did create a horcrux because a part of me is gone and feels destroyed. Unlike a horcrux though, I feel like maybe I can use the magic of the Atonement and love to fill the empty spots. It will never be the same and I do wish it could be, but maybe the difference will be better for me and I can feel whole again. I would really, really like that. If anything, that is what my prayers are focused on now. Moving forward and moving on. Feeling loved and whole. May I get there soon. :) 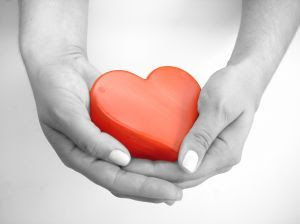 Posted by Badgerdown at 4:19 PM