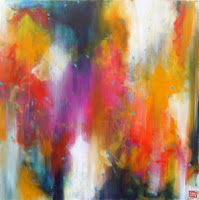 Wow. I have so many adjectives to describe today in my mind, but this Sabbath cannot fairly be described as restful or a 'day of rest'. It's funny, but if you attend any church I cannot imagine that you have much rest at all. If you have children, then there is no possibility that the Sabbath is a day of rest. And for those of us with callings at church, those callings-even when enjoyable and fun- are learning experiences and as such are often work. 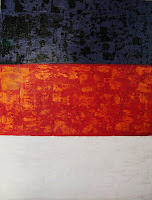 I will admit that Sundays for the last few years have always been a great deal of work. Taking Bug to church, getting us through the day and home along with the joys and responsibility of helping my friend Sarah Drew left me fairly wiped out. The pressure and work load was intense and after some Sundays of carrying 40+ pounds on my shoulders for two hours plus helping Sarah I will admit that I didn't really feel the spirit much at all. The struggle was just too great. And the weariness was manifested in almost everyday of my life as I would struggle and fight to stay awake any time I was at all stationary-while driving, while eating... even while driving a car. 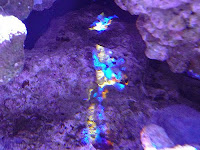 In so many ways, Sundays have changed over the last year. I no longer have a best friend to sit with and I no longer have the struggle with Bug. I come to the building an hour before church and I open the library. I copy the programs and the inserts. I choose the items to change and put up front for checkout – the DVD's, new books, etc... I prepare the Sacrament kits and help people get what they need for their lessons. When the meeting starts, I close up and get up the courage to join into the group in the chapel... to reconcile myself to learning, to listening... to feeling alone in the crowd. If needed I also give of the time and my energy to help others with their children... to hug them, distract them, to quiet them... and to love them. That is my average typical Sunday. The work is different and is less physically exhausting than I used to do, but I would be lying if I didn't suggest that it isn't work. The secrets I bring and the burden and emotion and pain are just as much of a struggle in many ways. Heck, sometimes the weight of the pain and emotions and my silence feels somehow heavier than the weight of my son riding along on my shoulders for the hours on end as I bounced him quietly and tried to keep him silent in the past.

In some ways, this Sunday was no different. I had all of these tasks as well as my burdens, but one of my choices and circumstances today very much added to the stress of the day. One circumstance was that my phone broke and so I didn't arrive as early as I usually do... so I lost track of time and was only about 1/2 an hour early. When I arrived, I found that things were actually a bit chaotic and so I started my work by trying to hunt down the program and then racing to the supermarket to buy gluten free bread after it was discovered ten minutes before the meeting started that there was none to be found. I was back in twelve minutes (a record I think) and was only three minutes late for the start of the meeting... a stunning achievement, but I will admit not very spiritual. So it was with a relieved heart that I sat down in the foyer on the couch to catch my breath, to think and to try and bring myself back to be ready for the spirit. 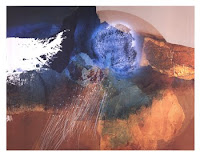 However, my choice to sit in the foyer was a big mistake. While well intentioned, I discovered that I then had the difficulty of trying to listen to the talks in Sacrament with the members of one family walking back and forth every few minutes checking the foyer. It was very clear immediately that these members were no willing to enter the meeting, but were also not willing to sit in the foyer while I was sitting there... so they kept checking to see if I had left. The behavior was so obvious that another sister who came out of the meeting to sit in the foyer commented that I really need to apologize for offending these members as I surely must have done for this behavior to continue.... it was so clear to her what their purpose was. I tried to smile and just bite my tongue to continue to keep my silence. And so every time I saw one of them come to check, I would think of getting up to go into the meeting. Not because I felt comfortable or able to do so, but because I felt hounded and hunted and pressed to do so. So I tried to breath deeply and continue to sit... fighting the feelings of fear and anger welling inside and tried to listen. It was almost impossible to glean anything from the talks because it would take me a few minutes to really get myself refocused... and then they were back to see if I had gotten the 'hint' yet.... and the fragile peace in my head was shattered. It is hard to sit through this behavior and not feel like I have done something awful and deserve it... to remember that I have not only done all I can but have bent over backwards to try and make the situation manageable... to remember that in many ways I am the one who was wronged and now struggle to deal with the reality that her choices have helped create for me in my life. So I sat... and I sat... and the meeting finally ended.

I tried to deal with the library and some things there, but when I heard shouting a few minutes later in the foyer, I gave up and walked out. There I found one of the sisters yelling at the missionaries to force the child playing the organ in the chapel to stop- it was apparently inappropriate. (Frankly, yelling at the missionaries and in the church was inappropriate, but I digress. ; ) So I went into the chapel to see one of my favorite summer visitors happily playing the piano and celebrating song and church. Adam is a beautiful child with so many difficulties and disabilities and his joy was as obvious as his father's slight embarrassment. So he can't actually play music that we recognize and the composition is his own. Doesn't that make it an even greater gift to the Father? Soon he was distracted and came with me to the library for crackers and I gave him one of my very favorite books. Off to class he headed with his dad, satisfied and ready. And I picked up my stuff, left a message for the branch president, and took off hoping to steal an hour or two of silence for myself. 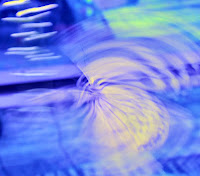 So many people say that I am strong- my branch president, friends, family... but I don't tend to feel that way. I feel like I am walking on a fragile cord struggling to keep my balance and hoping the cord won't break and send me crashing to the ground. Still, after all this time.... I am not sure about much, but I think I need a redefining of myself and my life. I need a new focus... a way to feel strong. But until then... I guess I keep going. :)

Posted by Badgerdown at 8:32 PM