History of a Song: May - “Give, Said the Little Stream” 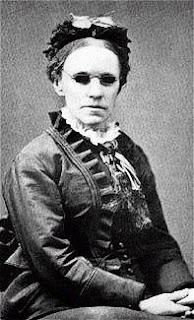 This song was written by Franny Crosby Van Alstyne. Frances Jane Crosby was born in Putnam county, New York on March 24th, 1820. Although born a healthy child, when she was six years old she developed pus in her eyes. A treatment by the local physician caused permanent blindness. Her father lamented at the time, “What kind of life can a blind girl have? Who will want our precious Fanny?” Her father died less than one year later. Her mother read to her everyday from the Bible and her mother told her at one point - “Two of the greatest poets are blind. At times the Lord takes something physical in order to awaken a greater spiritual insight”. From a young age, Frances loved poetry and she was very close to her grandmother who made the bible and the outside world 'real' to her- she could picture everything from her grandmother's descriptions. While others told her that she couldn't do things because she was blind, her grandmother encouraged her to have faith, boundless ambition, and the courage to do both. In 1828 she wrote her very first poem at only eight years old. In 1835, she left her family and went to study at a school for the blind in New York City. She spent the next forty years there. As she grew and learned, she decided to become a teacher. In 1844, she met the founder of the New York Tribune Horace Greenley and soon after he began to publish her poetry. She married Alexander Van Alstyne in March 1858, another student from the same school that she had grown up in and worked as a teacher. By the end of her life, she had written by all accounts around 4000-8000 poems/hymns. She died in Bridgeport, Connecticut in 1915.

The music was written by William Batchelder Bradbury. He was born in Maine in October 1816. By the age of fourteen, he had mastered almost every musical instrument with the exception of the piano. He was also known for writing the music to many other popular hymns including “Jesus Loves Me” and “Sweet Hour of Prayer”. He met Frances in 1864. They spent 4-5 years writing together until he died of consumption in January 1868.

This song has gone through a few small changes over the years. Additional lyrics were written a few years ago by Kimberly Brown... they are:

This song is in hymnals for many Christian denominations including the Baptists and LDS faiths. The song has been sung by many organizations and group and was most recently recorded and released on the “The R.M.” movie soundtrack. Due to the popularity and common knowledge that the song has developed over time, it has even been used as a title for a dissertation by Helen Ruth Aspass (Give said the Little Stream: An urban stream cleanup’s impact on scholarly advancement and community enhancement.) A few individuals have used the title name for the name of their posts in their blogs describing the donation of blood, an 'anthem of liberal mormonism' and more.

This song has always been a favorite of mine. I have always loved the images of service and sacrifice as well as the images of joy. Bug loves this song and will happily sing it with almost everyone and he will jump and dance while singing it- he is unable to just sit and sing it as it gives him such a feeling of happiness. So, what are your thoughts on this song? What does it mean to you? The story of Mrs. Crosby Van Alstyne was amazing and inspiring! What did you think of her? 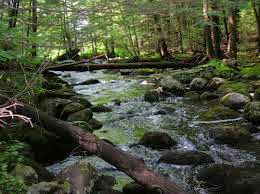 Posted by Badgerdown at 8:55 PM